Liverpool need to sign Thiago Alcantara more than Manchester United do, and their performance in the Community Shield against Arsenal proved that. That’s the view of former Scotland player Don Hutchison, who explained that Thiago will add something the Reds midfield doesn’t currently have.

Liverpool were beaten in the Community Shield on penalties by Arsenal, and are still yet to make a splash in the transfer window.

Having opted against triggering Timo Werner’s £53million release clause, they have only forked out £11m to reinforce their squad for next season’s title defence.

That was spent on left-back understudy Kostas Tsimikas, and now they are expected to turn their attention further up the pitch, with a bid for Thiago imminent.

The Bayern Munich midfielder looks set to leave after his transfer request, and Liverpool are believed to be the frontrunners for his signature. 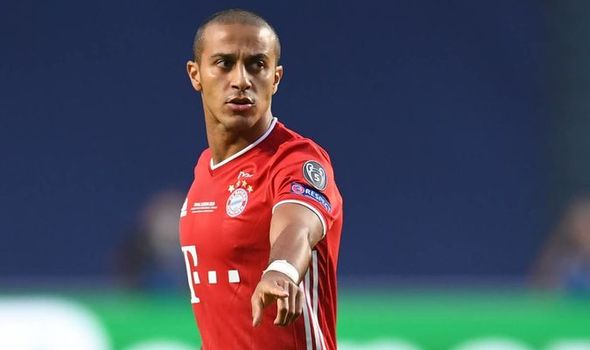 Manchester United are also interested, but will conclude a deal for Donny van de Beek today which will take up £35m from their budget.

And Hutchison believes Liverpool’s performance at Wembley on Saturday proves they need him more than any other team.

The Reds appeared uninspired in the annual curtain-raiser, and were slow to get attacking movements going.

Liverpool started with a midfield three of James Milner, Fabinho and Georginio Wijnaldum, but Milner came off at half-time for Naby Keita.

The substitute was able to have an impact and create a few nice chances, but Hutchison explained to ESPN that Thiago would do a much better role in the middle of the park.

“I think Liverpool [need him the most],” he said.

“I was at Wembley for the Community Shield, and watching Liverpool for the first 45 minutes, I actually said I was bored watching them.

“The first 45 minutes were slow, it was pedestrian, they were going from side-to-side. 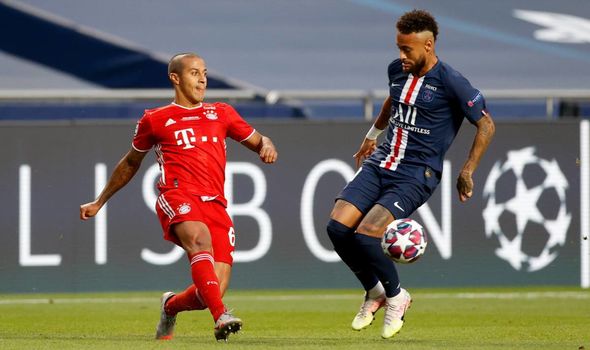 “Then once Naby Keita came on the pitch they were totally transformed, and they needed someone like Thiago to come on the pitch because of his range of passing.

“Everyone in that Liverpool team was playing it side-to-side, taking the safe option, but we all know with Thiago he can play simple, he can spray 40-yard balls left and right, he can play quickly in between the lines.

“For Liverpool fans, they need something, and even the players inside the dressing room need a lift.

“I think Thiago going to Liverpool would be a great fit.”