When Thomas Tuchel got to work with Romelu Lukaku at training for the first time, he had the same feeling that Jurgen Klopp did with Virgil van Dijk, and that Sir Alex Ferguson did with Eric Cantona.

It was that their instincts were right. “This fits.”

The sense around their Cobham training base and the game is that the Chelsea team is complete. If so, it could be the same end result as what happened with Liverpool around 2018 to 2019, but from a completely different process. It is why a meeting between the two this early in the season may actually be timely, and perhaps prescient, rather than premature. There is more to this than a title race. It is also about how title challengers are built. The two sides represent very different routes.

Chelsea have almost been crafted from the top down, with an elite coach brought in to impose an ideology on an expensive collection of talent.

While there is obvious design to the club’s recruitment, it is not like the squad has been built to a defined tactical approach. It is – in the plainest terms – just the super-stacked squad of a super-club.

That isn’t the case with Liverpool. That is a squad largely built from the bottom up, with Klopp first putting in place his vision and making signings to suit it. It has been a gradual process, with the right players being brought in when possible. They had to be more selective and patient.

Sadio Mane was first signed to give pace on one side, with Gini Wijnaldum offering intensity in the middle. Mo Salah then offered pace on the other, with Andy Robertson bringing drive, before Van Dijk and Alisson pinned it all together.

It has actually been a largely old-fashioned team building, in the way that used to typify title-winners of the past.

That was a very different world, where every champion team had to go on a journey. This was best exemplified by how you actually had to win the league to have a chance at the European Cup.

Much like Klopp, greats such as Matt Busby and Bill Shankly painstakingly found the right players for their sides, while Brian Clough most valued Peter Taylor for his unique insight into what exactly his team was missing. He knew exactly the player to recruit, with Dave Mackay at Derby County representing the pick of them.

This was what was so revelatory about the signing of Cantona, and why there have always been parallels with Van Dijk. It wasn’t just that it was the last piece for that missing position, but also the way that very fit had a multiplying effect, amplifying the atmosphere around the squad.

“We were an inspired and transformed team,” Ferguson said of Cantona’s arrival. “I knew that when I had found myself longing in the previous summer for someone who would lift our already formidable qualities on to another plane I had been imagining a footballer very much like Eric Cantona.”

The manner in which Ferguson and Klopp had been building their sides for around three years added to the satisfaction.

The presumption is that most Premier League champions have been built like this, but that hasn’t really been the case. That’s why it’s increasingly old-fashioned, and may become a thing of the past as the game continues down this economic path.

This was due to the specific profiles of each squad. Jack Walker and Kenny Dalglish were attempting to construct a team at Blackburn, before both Arsene Wenger and Ferguson essentially ripped cores up to start again at Arsenal 2001-04 and United 2006-09, respectively.

Leicester City 2016 were a team that came together out of nothing, which made that season feel like everything. They weren’t specifically constructed with a title in mind. It was one of the happiest “accidents” in history. 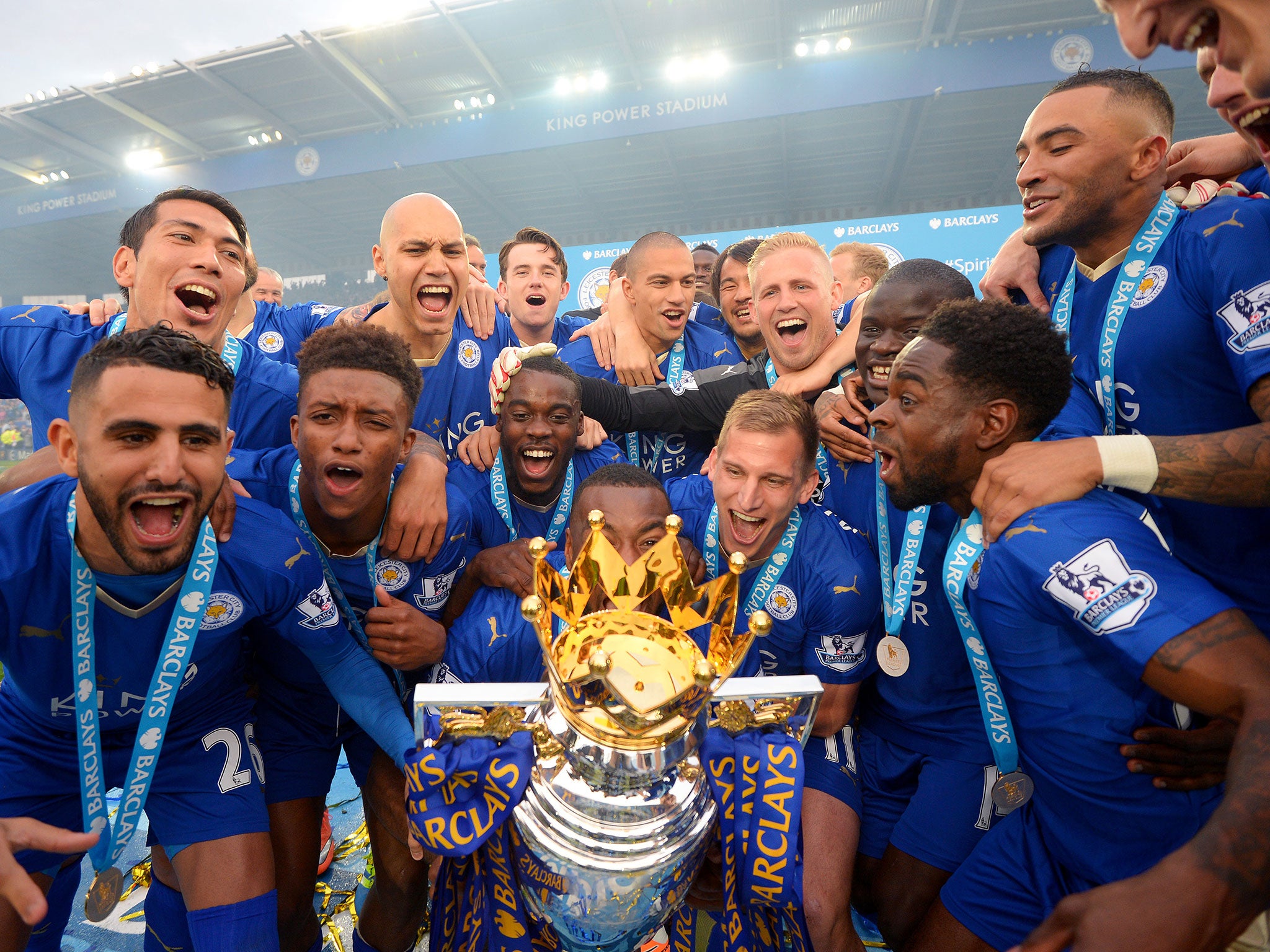 United’s repeat title winners were then able to build on a core that carried through from 1992 to the Class of ’92, until the 2011 and 2013 victories were built on that new 2006 defence. Wenger’s first Arsenal were bolted onto George Graham’s title-winning defence.

These champions only needed the odd signing, some inspired individuals.

It has been much the same with most of the Chelsea and Manchester City champions.

Their consistent levels of expenditure have ensured there has always been a stellar central group there, regardless of the manager.

City had constructed a team for Guardiola over the two seasons before he came in – with Raheem Sterling and Kevin De Bruyne the most prominent examples – but it wasn’t like he had to gradually wait for the right pieces. The spree of 2017 completed the side in one summer. Chelsea have meanwhile been accumulating regardless of the manager. That has always been their way. One of the most underrated titles in recent history was how Antonio Conte fashioned a title-winning team out of one of Chelsea’s rare fallow periods, figuring out a formation that best fit the available players. Tuchel hasn’t had the same challenge. He’s had an array of talent, so many attacking players to choose from.

That is why this fixture – and maybe even the duel between Lukaku and Van Dijk – point to a difference between the super-clubs, as well as ongoing changes in the game.

Liverpool’s commercial potential and ability to pay top wages can’t be discounted, but it’s also true they can’t just buy their way out of mistakes. 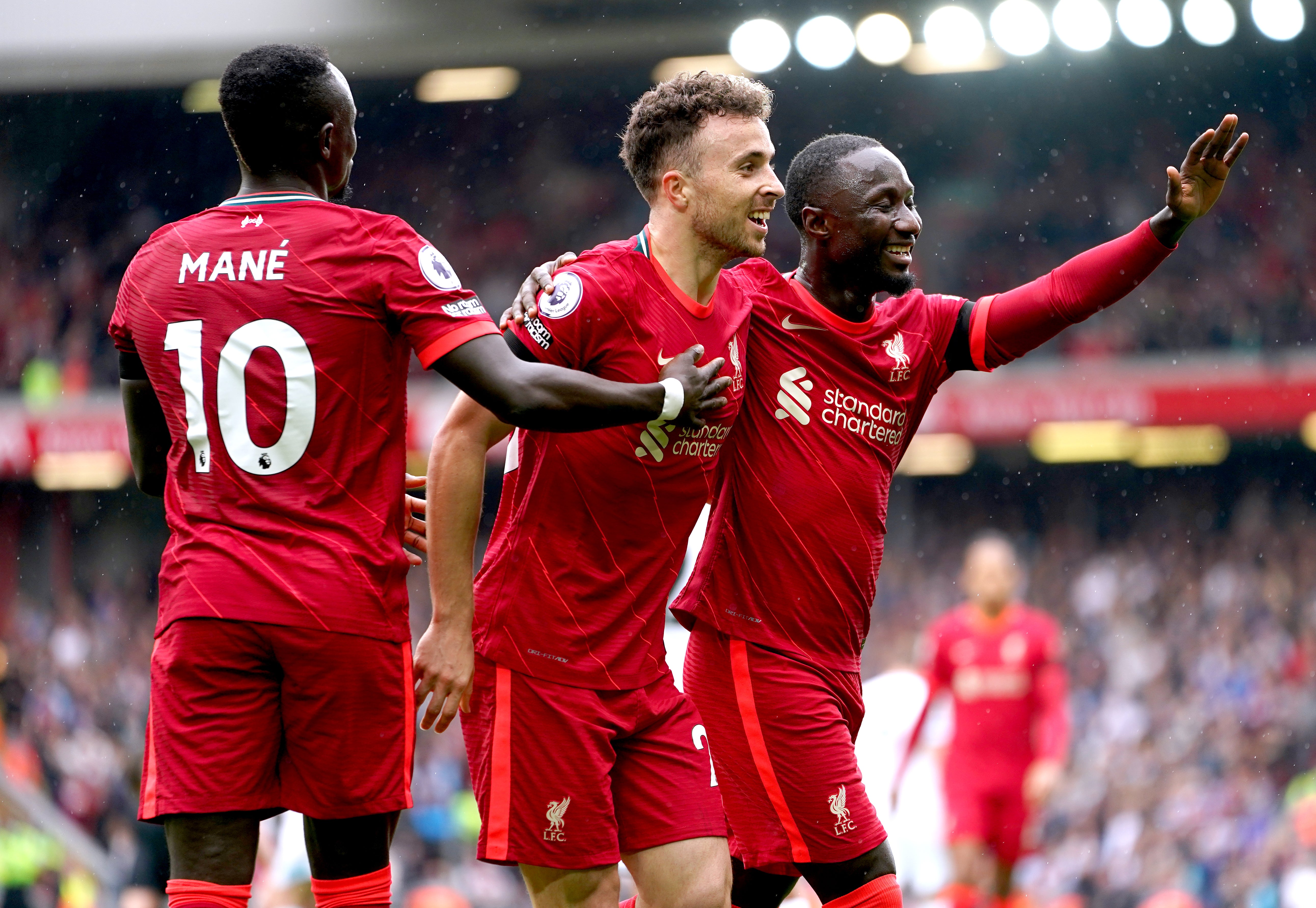 That hasn’t really been the case with Chelsea, City or – to a lesser extent – United. It is why their teams haven’t been built in the same way. They are very modern collections of talent, that tend to be accumulations of players. Mistakes can be more easily rectified, of which the perfect examples are Chelsea replacing Kepa Arrizabalaga with Edouard Mendy, or City replacing Claudio Bravo with Ederson.

This isn’t to do down the work of the managers, and it brings challenges of its own. Tuchel had to quickly impose his own ideology on the squad, and didn’t have the benefit of gradually ingraining it into the players in the same way Klopp did. The latter can make for deeper comprehension.

The difference is you don’t have the depth of quality. That does tend to win out over seasons when coaches are of equal quality.

Tuchel, like Guardiola, is also clearly good enough to make these players quickly understand what he wants.

It all means this is a potential title clash very soon into the season. It may tell us something more about long-term building.