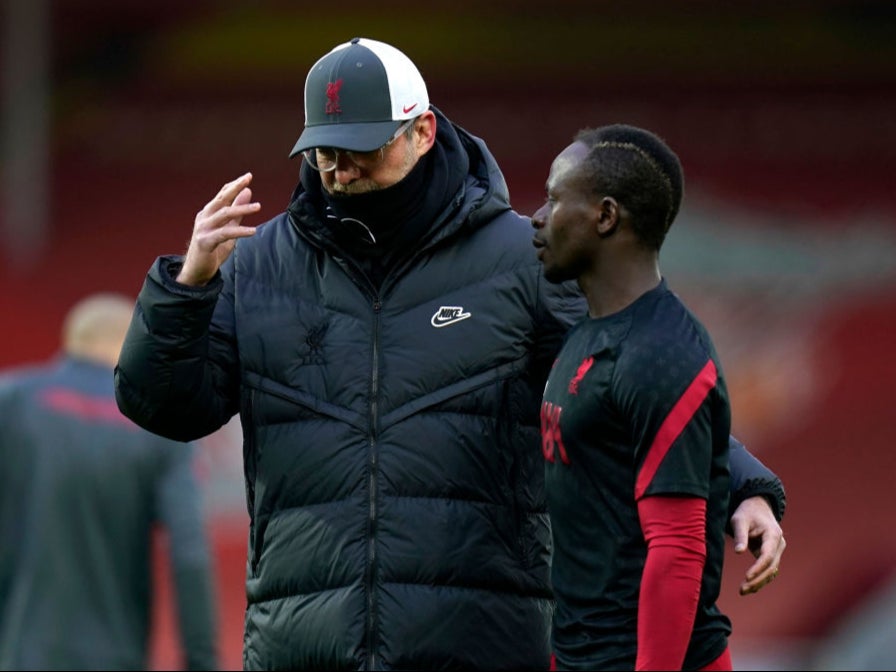 Follow all the action as Liverpool host Everton in the Merseyside derby this afternoon.

Jurgen Klopp conceded that his side’s title defence is all but over after the Reds’ torrid series of recent results, winning just two of their last 10 Premier League games, including desperate defeats against the likes of Burnley and Brighton. Liverpool collapsed in a dramatic fashion against Leicester last weekend, conceding three times in the space of seven minutes, with the champions accepted to be suffering from a crisis in confidence. However, there was a sign their fortunes may be about to change in midweek with an impressive 2-0 victory against RB Leipzig in the first leg of their Champions League round of 16 tie.

Everton have not won at Anfield since 1999 and are suffering from a slight slump of their own, having been outclassed by relegation-threatened Fulham before a 3-1 defeat by runaway leaders Manchester City. The Toffees still remain in a very promising position, though, entering the weekend just three points adrift of their sixth-placed rivals while also boasting a game in hand. Carlo Ancelotti has already been handed a major boost with the news that Dominic Calvert-Lewin, who had been absent recently with a hamstring strain, is able to feature. Follow all the action live below at the conclusion of Burnley vs West Brom:

READ MORE: Change is in the air at Liverpool – but not in the manager’s office

Burnley send on Mumbongo in place of Rodriguez.

Close! Burnley finally get in behind West Brom, with Taylor played through by Brownhill on the left. The former sends a low ball flashing across the six-yard box, but Rodriguez can’t connect with it.

Huge chance! West Brom miss another glorious opportunity to take the lead. It’s brilliant from Maitland-Niles, who drives through the middle and picks out Diagne to his left. The striker squares for Pereira, but the ball is just behind him. A deflection takes it into the path of Pereira again, though, and from close range his shot is cleared off the line.

That West Brom look far more likely to score a winner says everything you need to know about Burnley’s performance. The hosts deal comfortably enough with a couple of set pieces, though.

Cork goes into the book for a cynical foul on Maitland-Niles.

West Brom work a short corner, and Gallagher floats a cross into the box. Pope plucks it out of the air, but then launches a kick straight up to his opposite number Johnstone.

So close! West Brom come within inches of the lead. Diagne is set clear in behind the Burnley defence and allowed to race into the box. He cuts onto his left foot and drives a shot past Pope from close range. But the ball clips the top of the bar and flashes over.

Better from the visitors, who move the ball from right to left, where Maitland-Niles is able to jink inside and fire a shot at goal. It drifts harmlessly over the bar.

West Brom still look comfortable and to their credit have defended with discipline, as they did against Manchester United. But draws won’t really do them much good at this stage of the season.