Colour blind football fans were left angry and confused after they struggled to tell the teams apart when Liverpool played rivals Manchester United at the weekend.

In the 0-0 draw between the two sides at Anfield on Sunday, Liverpool wore their traditional red kit, while United sported their away kit.

Officially classified as ‘legend earth green’, the Man Utd kit appears black to many, a factor which meant supporters who have both red-black and red-green strands of colour blindness were adversely affected.

“As I understand it, Manchester United were told there was going to be a kit clash and they decided the best way to deal with that would just be to change the socks and that obviously wasn’t a sufficient solution,” Kathryn Albany-Ward, CEO of Colour Blind Awareness told Sky Sports News.

“I think that’s partly because of the lack of awareness of what the condition means at the top level in clubs and they don’t understand what colour blindness is. 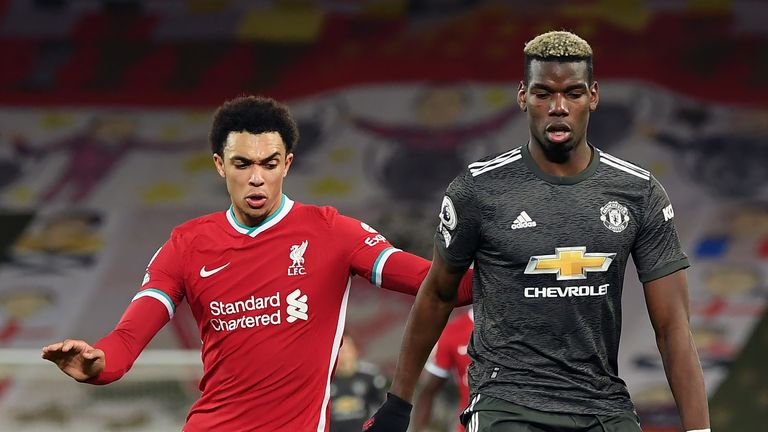 “The thing that I find bizarre more than anything else is that the numbers of people affected means the players will also be affected.

“In their squads, they will have colour blind players who also need to be able to tell the teams apart really clearly and that is something that is not being investigated.

Colour Blind Awareness work with a number of football associations, including the FA, Portuguese FA, and UEFA, in order to try and get the message across.

“There is guidance out there. There is UEFA guidance which explains everything and people are just not taking it seriously,” added Albany-Ward.

“Fans are getting very angry now, that’s for sure.”

Sources have told Sky Sports News that the Premier League uses online software to ensure that the kits selected for both teams in all fixtures are identifiably different colours and that they have worked with developers to build a tool which identifies the best kit combinations for individuals that are colour blind.

While Albany-Ward acknowledges that and has seen the software for herself, she points out that Premier League clubs are not forced to follow the kit guidelines they receive.

“The procedure as I understand it is that the clubs submit the kits they want to wear 10 days in advance and the Premier League will run the software,” she said.

“Then they will give them feedback, not just on the kit clash for the two sets of outfield players, but they will look at the goalkeeper kits and whether or not there might be a clash with the match officials.

“They then go back to the clubs and tell them the information the software has given them.

Back to back Super 6 winners?

Sunderland's Netflix adventure could go into a third series

Five things we learned in MLS: Inter Miami have a way to go