With eight new players and the return of a double title-winning manager, Liverpool Women are looking for promotion back to the WSL – but as the Championship prepares for its most competitive season of all time, can the Reds fight their way back to the top?

A new era begins at Liverpool Women this afternoon but it’s a familiar face in the dugout.

Double title-winning manager Matt Beard is back for a second spell in charge and is tasked with getting the club back into the Women’s Super League. No pressure.

Of the Premier League’s traditional ‘Big Six’, Liverpool are the only club to not have a women’s team in the top flight. Their absence will sting more with supporters given this season is set to the the biggest in the game’s history. 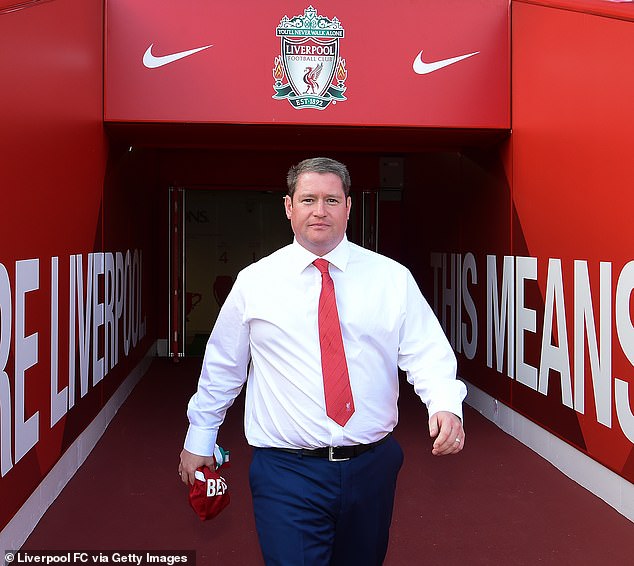 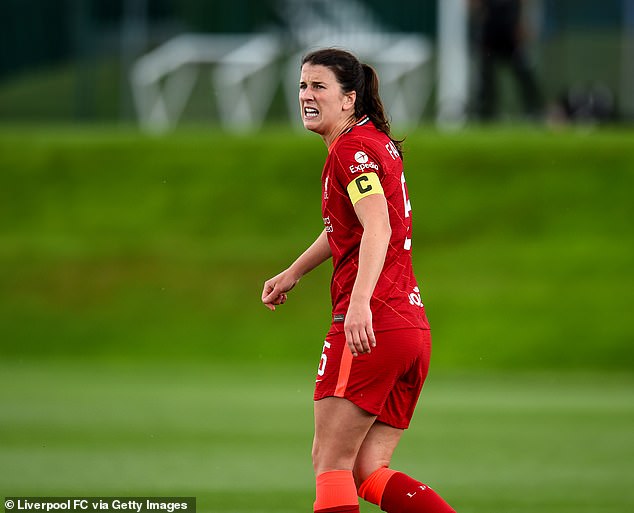 A record TV deal with Sky Sports and the BBC means the WSL will have a bigger audience than ever before. That is why the club, and Beard, know it is pivotal they win promotion from the Championship. But with the second tier set for its most competitive campaign yet, the club and their manager know it won’t be straightforward.

‘You can’t afford to lose more than one or two games in the season,’ Beard tells Sportsmail.

‘There’s only 12 teams in the league, it’s not like the Premier League where you have 38 games a season.

‘There isn’t a lot of room for error and ultimately that’s what cost Liverpool last year, dropping two points in so many games where they were probably expected to win. I know first hand it’s gonna be tough.’

After being relegated via points per game following the curtailment of the 2019-2020 season, the Reds were expected to go straight back up to the WSL. 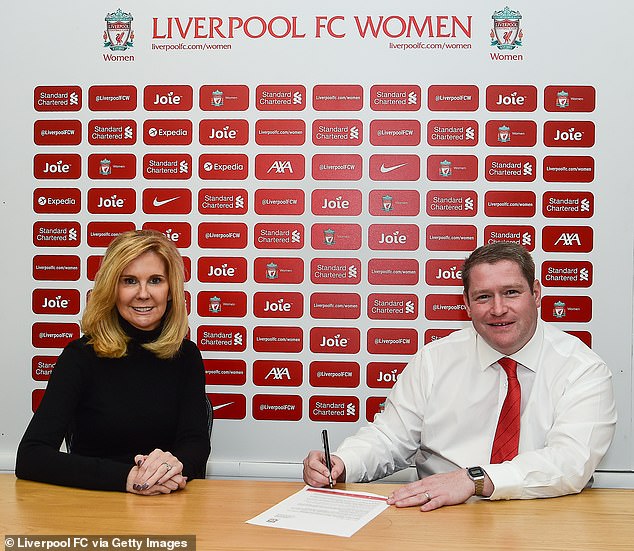 But they could only finish third, behind Durham and champions Leicester – who went full-time at the start of the campaign.

There has been criticism levelled at the club for the way they have dropped from back-to-back WSL champions to second-tier competitors.

Beard masterminded those two title victories in 2013 and 2014 before leaving to join American side Boston Breakers. A host of key players followed him out the door while the likes of Chelsea and Manchester City invested in strengthening their squads.

Manchester United’s addition to the Championship posed another threat, with Alex Greenwood and Martha Harris both dropping down a division to join the club’s rivals. Between 2014 and 2018, Liverpool saw Lucy Bronze, Natasha Dowie, Fara Williams, Caroline Weir, Gemma Bonner and Sophie Ingle all depart to join new clubs. A big squad turnover is not uncommon in the women’s game but the players Liverpool lost were hugely talented and have all gone on to win trophies elsewhere.

Everton suffered a similar fate when they lost the likes of Jill Scott, Toni Duggan and Nikita Parris, who all joined City. The Toffees were relegated in 2014 after 21 years of top flight football. They did not bounce back straight away either and were only granted promotion via an application to rejoin the league after Notts County folded.

But since appointing Willie Kirk in December 2018, the club have rebuilt and invested. They now train full-time at Finch Farm and have just signed talented youngster Hanna Bennison for a club record fee.

Liverpool will have to fight their way back to the WSL but their city rivals are proof that significant progress can be made in a short space of time.

Beard left West Ham in November last year and took temporary charge of Bristol City for the second half of the WSL season while Tanya Oxtoby was on maternity leave.

But the 43-year-old insisted he didn’t need to be convinced when the opportunity to return to Merseyside presented itself.

‘I had fantastic talks with Susan Black about the direction we’re going in and the project, it was something I really wanted to be a part of. 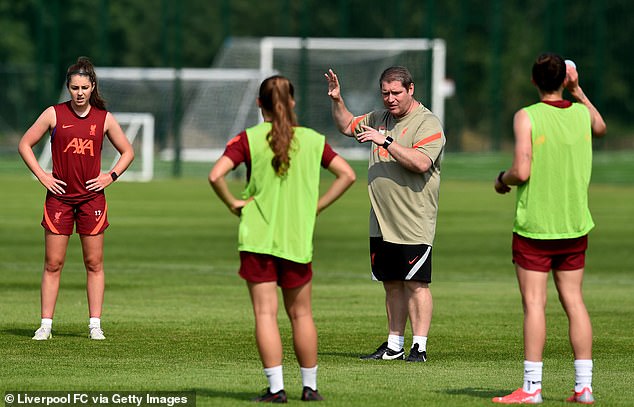 ‘I want this to be long-term. I want to be the one that gets us back promoted. It’s a club that’s close to my heart. It’s gonna be even tougher this year with the investment from some of the other clubs, it’s gonna be a tough season but it was a no brainer for me to come back.’

The weight of the badge brings pressure to Beard’s squad but that is something he is more than used to managing.

‘It puts us under pressure straight away but I had pressure when we won the league in 2013, when we played in 2014 everyone wanted to beat the champions.

‘I’ve been through that here before and the girls are aware of that anyway. They’ve openly said to me they took it a little bit for granted at the start of last year. When you’re chasing points it’s tough, especially when Leicester kept picking points up.

‘Everyone raised their game for Liverpool so it puts them under a little bit of pressure. I think we’re in a good place to deal with that now.

‘The most important thing when we won the league in 2013 and especially in 2014, whether you’re top, second, third or anywhere around there, you’re not out of touch. Whatever goes on, you need to be in touch with everyone.’

And there is a sense that things are moving in the right direction.

Susan Black, Liverpool’s Director of Communications and Executive Director of Liverpool Women outlined the club’s ambition as well as their intention to appoint a managing director, who will identify a new training ground for the club.

‘We have a very clear vision at Liverpool Women which is to re-establish ourselves as pivotal players in the WSL, to be competitive in all tournaments and challenge for trophies,’ Black told Sportsmail.

‘To do that from where we are now in the Championship will take a lot of work and we’re taking a step by step approach.

‘So one of the key first steps was to bring in Matt Beard as a highly-experienced manager who can help lead us on that journey. Alongside Matt it was important that Amber Whiteley stayed on as his assistant manager after her very impressive stewardship of the team as interim manager last season.

‘We’ve moved to strengthen the backroom team with the appointment of Paul McHugh as assistant manager.

‘On the pitch our summer recruitment has brought in eight new players including two loans, the vast majority with WSL experience. 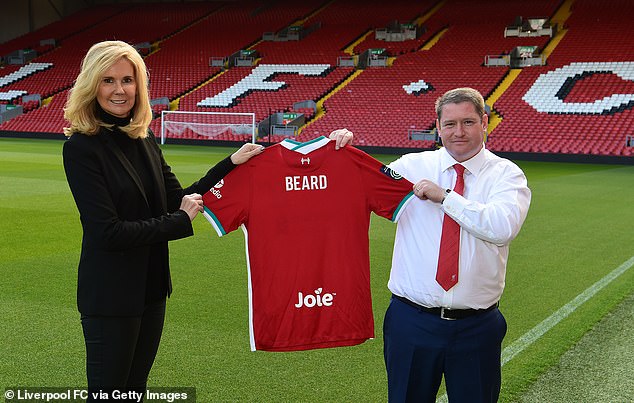 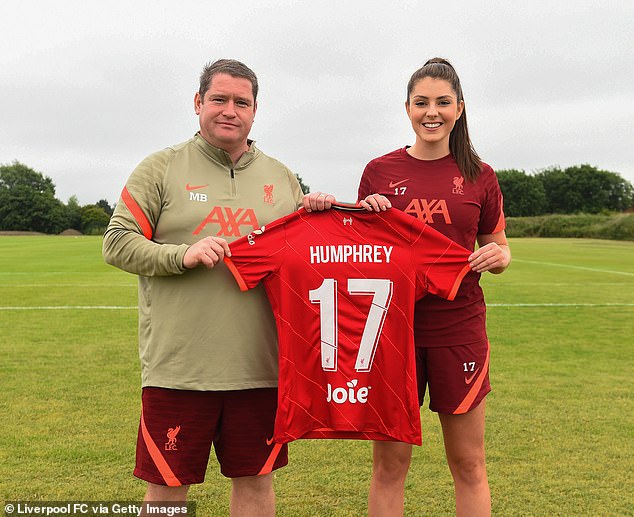 ‘On the medical side we’ve further supported and strengthened with a new position of sports therapist in Chris Underwood and brought in Dr Amelia Woodhouse as our medical professional.’

Another significant step will be the appointment of our first Managing Director for LFC Women. We’re looking for an experienced leadership figure from the women’s game who will lead the strategic direction and delivery of our entire women’s and girls’ plan.

‘Our new Managing Director will also lead on the search for our new training ground and build on the work that has been ongoing in this area.

‘A small number of sites have been identified and are being evaluated as we speak and we will make a further announcement on this in due course.’

Beard made eight signings this summer and retained key players, including Northern Ireland international Rachel Furness. But he knows it will take time for his squad to gel.

‘We’re not the finished article by any stretch of the imagination and I said to the players it’s probably going to take us until the end of September to really get everything into place.

‘What we have to do is get into the habit of winning football matches.’

That task starts this afternoon at home to London City Lionesses. There is expectation on Beard and his players’ shoulders, but there is a feel-good factor around the club ahead of a hugely important season. It’s now up to them to deliver.