Darwin Nunez has been warned to expect criticism from all quarters if he does not get off to a flying start at Liverpool as people “can’t wait to stick their boot in”. The striker joined the Reds from Benfica in a £65million deal in June that could rise to £80m with add-ons.

The Uruguayan arrives at Anfield with a stellar reputation after netting 34 goals last season for the Portuguese giants. But there is a clear step up in quality to the Premier League which some players have found difficult to cope with.

And former Reds defender Glen Johnson believes that it is imperative Nunez gets off to the best start possible to avoid a pile-on from critics who are anticipating him to struggle at his new club, adding he will be under pressure to deliver the goals that could make or break Liverpool’s challenge for the Premier League.

“You know what strikers are like? They thrive off confidence. If he can grab an early goal or a couple of early goals then I believe he will thrive. 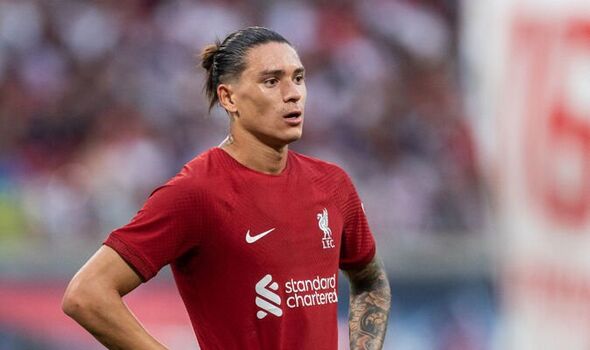 “Everyone can’t wait to stick their boot in. Everyone else will love it if Nunez doesn’t perform and if Liverpool start slipping up. He’s got a lot of pressure on his shoulders, but so does everyone, so he’s going to find a way to deal with it. I believe that if he gets an early goal then he’ll settle in nicely.”

The 23-year-old has already discovered how high expectations will be and the burden placed upon his shoulders, after coming under fire for a below-par display on his debut against Manchester United in pre-season, which Liverpool lost 4-0.

But Nunez responded days later with a magical cameo in their 5-0 thumping of RB Leipzig, putting the Bundesliga outfit to the sword with a four-goal haul after coming on at the interval. 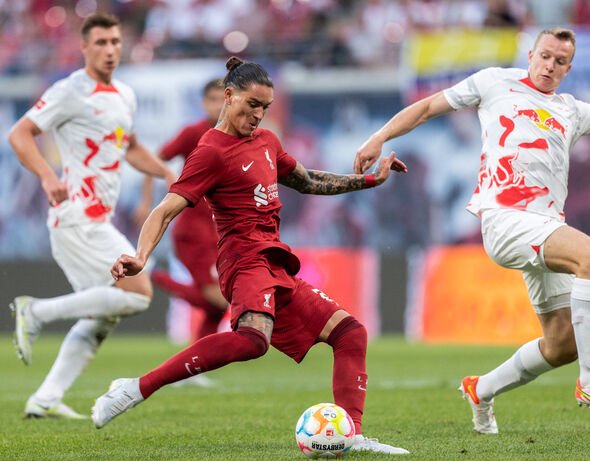 Jurgen Klopp touched on Nunez’s “perfect night” and also how modern strikers cope with the pressure of scoring following his goalscoring heroics.

“We always think that if you pay a lot of money then the players feel no pressure or whatever. They are all completely normal human beings and the first touch is not perfect then all of a sudden [it is],” Klopp told the club’s official website after the game.

“This generation of players read social media, which is really not smart, but they do. All of a sudden you get in a rush and these kinds of things.

“That’s the best way obviously to stop all these discussions. He’s a different striker to what we have or what we had, but he’s a really good one.”