Former Liverpool striker Peter Crouch has told Trent Alexander-Arnold that he needed to be more like Gary Neville to prevent Fulham striker Aleksandar Mitrovic from scoring against Jurgen Klopp’s side. The Serbian forward towered over the full-back to give the hosts the lead at Craven Cottage in the two sides’ first Premier League game of the season. Mitrovic made it 1-0 to Fulham and the game ended 2-2, with the Serbian managing a brace.

Alexander-Arnold was beaten at the back post by Mitrovic as he met Kenny Tete’s cross to give Fulham the lead, before Liverpool equalised through a Tosin Adarabioyo own goal and then Mitrovic got his second from the penalty spot, then Mohamed Salah equalised for Liverpool to ensure the points were shared. “As a forward, you see those crosses [and] your eyes light up,” Crouch explained Mitrovic’s first goal to BT Sport.

“In the build-up potential foul there [on Jordan Henderson] Liverpool could feel aggrieved, he did stand on his foot, sometimes you get them, sometimes you don’t. Trent just couldn’t live with it. Just as you jump, Gary Neville was good at it, he’s got to be stronger. You need to have more strength there.”

Neville’s former Manchester United team-mate Rio Ferdinand was on the panel with Crouch, and claimed that Fulham did exactly what they needed to do to battle against Liverpool. “Newly promoted teams need to put pressure on teams,” Ferdinand said. “Especially a team like Liverpool who seem like they’ve been suffocated at times. They’ve had their chances but I’ve been impressed with Fulham.” 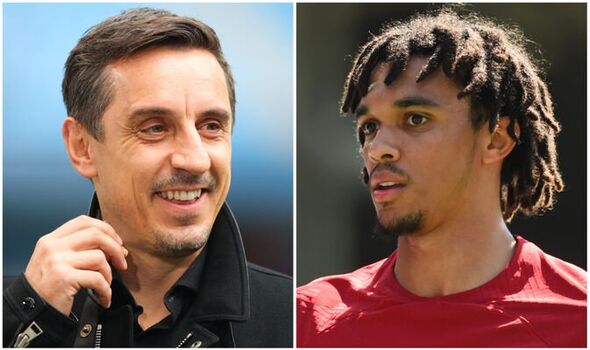 Jermaine Jenas on commentary claimed that Alexander-Arnold “gave up” as he was unable to stop Mitrovic from connecting with the cross to claim Fulham’s first goal back in the Premier League. The striker then gave Marco Silva’s side the lead once again after 72 minutes when he was brought down by Liverpool defender Virgil van Dijk inside the penalty area, and then he tucked home his penalty past Alisson. But Mohamed Salah earned Liverpool a point with a late equaliser.

Mitrovic scored 43 Championship goals last season as he steered his side to promotion, and looks to have continued in the same vein in the Premier League. The Fulham boss had previously claimed that he wasn’t happy with the transfer business his side has done this summer, but before the match claimed he was “optimistic” about his new arrivals. 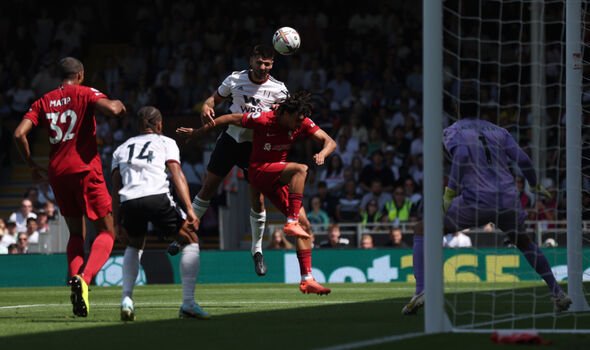 “Great additions,” Silva told BT Sport. “We have to be optimistic with the signings we’ve made. Some experienced Premier League players, that is important for us. They add something good for us, the players did fantastic last year, different level.

“I was clear in that moment [discussing his unhappiness about transfers, it will never be an excuse for us. I’m not the man to make excuses, I’m here for solutions, but I was honest in that moment.

“In weeks before I said it to the board, the players are fully ready, it’s a great test, we need to put more numbers inside because it’s clear we don’t have but it’s not a moment to talk about it – we are ready. The players we have had a good pre-season ,we are in a better position than we were from the start of pre-season, we worked the last five, six years for this game.”

Euro 2020 postponed but what if England’s previous tournaments had been delayed by a year too?