Loris Karius may have been handed his debut by Union Berlin at the weekend but it appears his stay in the German capital is to be short-lived.

The Liverpool goalkeeper is, according to German outlet Bild, to be sent back to Merseyside with Union Berlin holding no interest in turning his loan deal into a permanent.

Karius was sent on with 20 minutes left against Borussia Monchengladbach on Saturday after No 1 goalkeeper Andreas Luthe clashed with opposition forward Marcus Thuram. 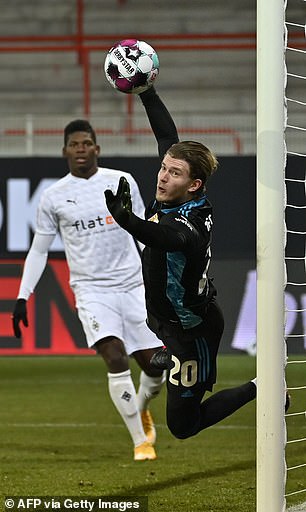 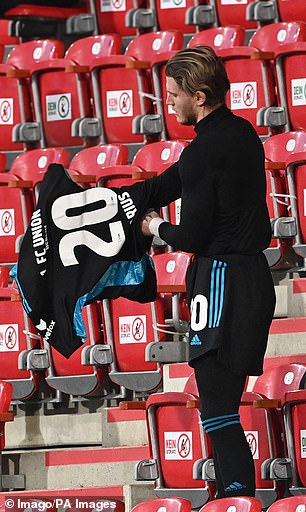 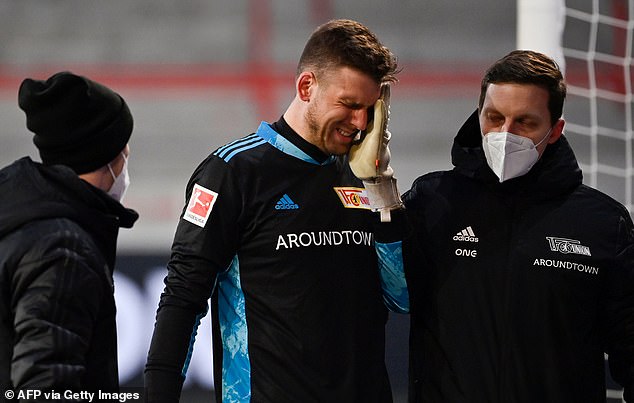 Karius was caught out by Luthe’s injury and he was left to frantically change in the stands and go onto the pitch without a proper warm-up.

It was Karius’ first action in the Bundesliga since he left Mainz back in 2016.

But any suggestions that there is now a legitimate debate for the No 1 jersey in goal was dismissed by head coach Urs Fischer. 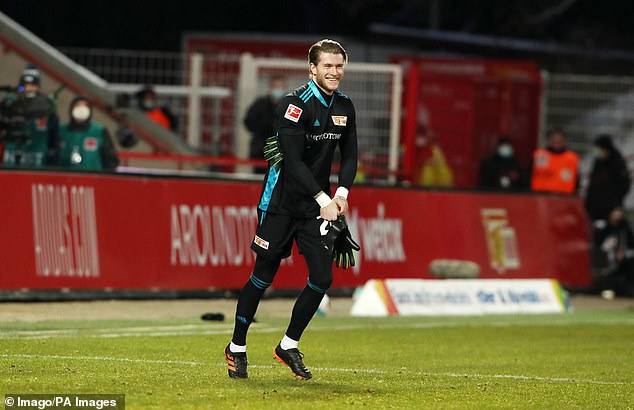 ‘I don’t see why a debate should break out,’ Fischer said. ‘From my point of view there is no discussion.’

Karius is seen as ‘too expensive’ as a No 2 goalkeeper and Liverpool ‘would rather sell him’ than fund part of his salary once again in another loan deal.

Thee 27-year-old was deemed surplus to requirements at Liverpool following a disastrous 2018 Champions League final against Real Madrid in which he was culpable for two of their three goals.

Liverpool signed Alisson Becker and Karius was sent on loan to Turkey for two years, playing for Besiktas.

But despite a number of impressive performances in Turkey, Karius finished up terminating his loan deal having taken legal action over unpaid wages. 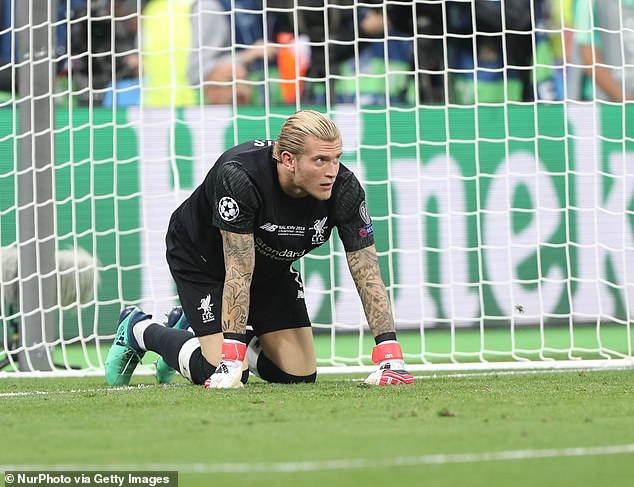 He accepted a season-long loan with Union Berlin for 2020-21 but has found chances limited behind an in-form Luthe.

Speaking to the Berliner Morgenpost after the game, Karius admitted he felt ‘extremely bitter’ about his role at Union, having struggled to make his mark in Berlin.

‘The situation is extremely bitter for me, but the team has had a great run,’ he said.

‘I am confident that I will still get my opportunities.’