Luke Shaw is loving life on and off the field, with the new father impressing for Manchester United and dreaming of a Euro 2020 call-up.

Life has rarely been straightforward since the big-money switch from Southampton in 2014, but the 24-year-old appears to be back on track after injuries and a testing spell out of the side under former boss Jose Mourinho.

Shaw was last season’s player of the year at United and is arguably playing better at the moment.

Working well when deployed on the left of a back three in recent games, he looked solid when used as a more conventional full-back as Watford were downed 3-0 in the Premier League on Sunday.

“I’m happy but the most important thing is obviously the win and three points,” Shaw said. “But I feel really good and the team felt really good today, especially second half, so we need to keep things going.

“We’re working hard in training and we’re all enjoying it, so we need to just keep going and keep closing the gap. I’m really enjoying it at the moment, and I’m happy to play anywhere the manager wants me to play.

“I’m really enjoying that sort of left of the three, but I’ll play anywhere and the most important thing is to help the team and to enjoy football.”

Shaw has silverware and Champions League qualification in his sights as United look to end the season with a bang – but would love his campaign to be extended.

The youngest player of any nation to play at the 2014 World Cup, the left-back would love to be involved in Gareth Southgate’s side at Euro 2020.

“Obviously the rest of the season is most importantly about Man United at the moment,” said Shaw, who won the last of eight England caps in September 2018. “We want to get into the top four and of course we’re still in competitions, so there’s still trophies to win.

“I’d be lying if I (said I) hadn’t thought about it, but, you know, I’ve got to keep working hard, keep my head down and whatever happens happens. But, of course, it’s everyone’s dream to be involved in the Euros.

“I’m just going to keep my head down, keep working. At the end the day it’s not down to me, it’s of course down to Gareth and I’ll respect whatever he decides.”

Shaw was just 18 when taken to the World Cup and snapped up by United, who have their own highly-rated talented teenage left-back coming through in the form of Brandon Williams.

“It’s something good for the team that you know there’s competition in places,” Shaw said. “But on the other hand, he’s an amazing talent and he’s still very young, he’s still learning of course. But the same as me, I’m still learning. 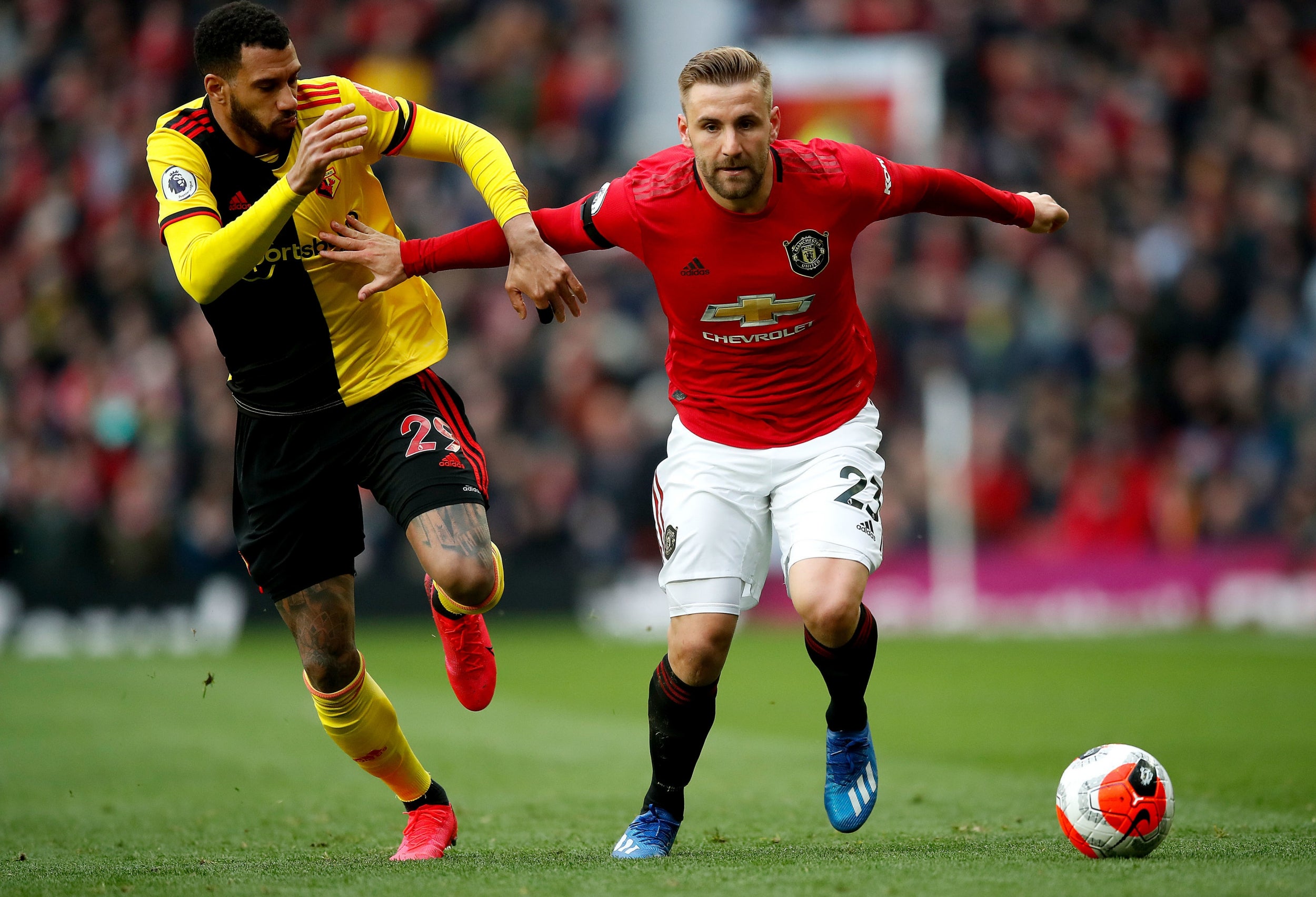 “But we’ve showed that we can also play together and I love to play with him. We played a couple of times now and we played well together. I’m learning what he does and he knows what I do, so it’s a good partnership to play in.

“But of course we all love competition and we all love to push each other and I’ll help him as much as he can to develop into a great player that he can do.”

It is fair to say things are looking up for Shaw at a time in his life when he is starting a new chapter off the field after his partner gave birth to their first child in November.

Asked how he is sleeping, he said with a laugh: “It’s been tough at times – you know, of course, like everyone knows! But I wouldn’t change him for the world. He’s got a wonderful mother who is looking after him. You know, I’m away quite a lot, I’ve got quite a lot of games, so she’s being doing it all but she’s done brilliantly.

“We’ve got a great family around us and of course we’ve got a lovely maternity nurse that sometimes comes around and does the nights. Everything is really good and it’s the best feeling in the world having a kid and I’m loving it.”

Wales 3-1 Finland: Giggs's side promoted to Nations League Group A