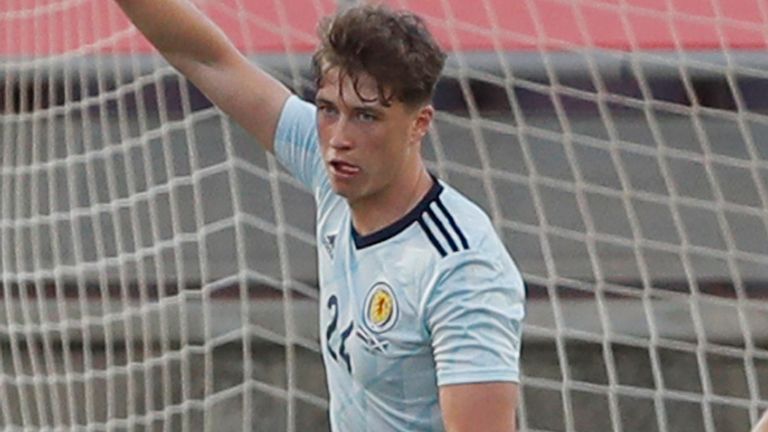 Team news and stats ahead of the international friendly between Luxembourg and Scotland on Sunday, live on Sky Sports (kick-off 5pm).

Scotland’s John Fleck remains in isolation after testing positive for Covid-19, but his six team-mates classed as ‘close contacts’ and ruled out of their previous game with the Netherlands are able to return.

Steve Clarke plans for every available player to feature in Scotland’s final warm-up match before their first group game next week, meaning Rangers right-back Nathan Patterson will win his first cap at the Stade Josy Barthel.

“John needs to isolate until the middle of next week,” said Clarke. “The rest of the boys have been training as normal. Bad for John but good for everyone else.

“They trained every day so no set-backs physically. You can expect to see the others play. They are all fit and available, except for John, for the Luxembourg game which is good.

“We’ll use this game to look at one or two different things. We want to get some minutes into players whose season may have finished a little while ago and maybe look at one or two combinations that might stand us in good stead during the tournament.

“I’ve got a few things to think about overnight but it will be a good team that’s on the pitch.”

“The confidence got a big boost when we qualified for the tournament and you can see that in the camp and the attitude of the players,” he said ahead of Sunday’s game.

“They know they’ve done well to get where they are but they want to do even better – and that’s a great combination.

“I don’t like the word arrogance, it’s a confidence and belief that if we reach our level of performance, we can achieve results against most teams.

“We did that the other night (against the Netherlands) and it’s a mindset we have to take into the tournament and three very tough game against difficult opponents.

“It’s nice when a top coach like (Jose) Mourinho says that and he’s probably looked at the quality of player we have in the squad and it’s all round strength as well as recent results.

“There’s a good chance we can come out of the group but we have to make sure we get our preparation right, play those games and get the points required to get to the next stage.”