Lyon striker Memphis Depay is still desperate to join Barcelona, but his arrival at Camo Nou could well depend on a meeting between Joan Laporta and Ronald Koeman, according to reports in Spain.

The Netherlands international publicly teased a move to Barcelona in November, after a move to the Catalan giants failed to materialise despite Koeman’s admission they were looking to get a deal done last summer.

And according to Mundo Deportivo via Sport Witness, Depay – who is available on a free transfer in the summer – is still intent on leaving Ligue 1 for La Liga, despite other clubs sniffing around for his signing. 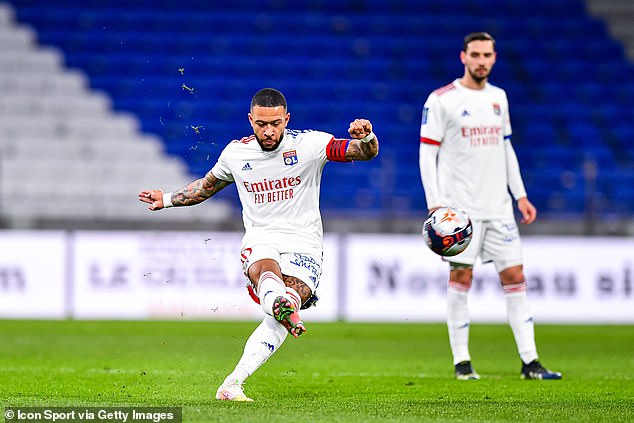 Lyon striker Memphis Depay is still desperate to join Barcelona, according to reports in Spain 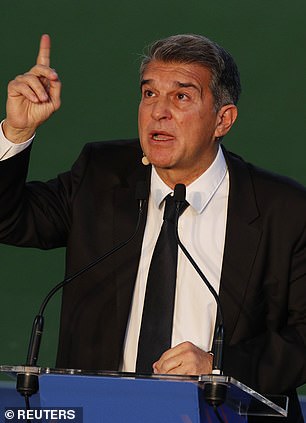 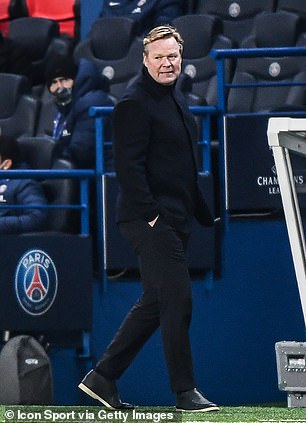 The report adds that he wants to wait and give Barcelona every chance to make a move for him in the coming months.

The same outlet also states a decision is likely to rest on the outcome of a meeting between new president Laporta and boss Koeman, with the duo reportedly set to decide their transfer priorities for the summer and the order in which they will target players in the window.

The report adds that a lot will depend on whether star man Lionel Messi decides to extend his contract with Barcelona or not. 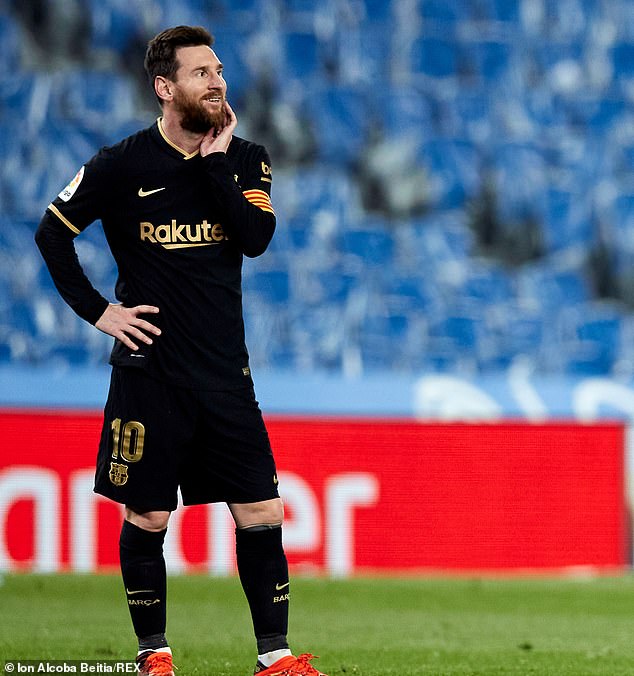 The Argentine is out of contract at the club in June, and reports earlier in the month said his father and agent Jorge was set for showdown talks with Laporta to sort out his uncertain future.

Lyon president Jean-Michel Aulas however believes the club can still convince Depay to stay beyond this season if they win the league. 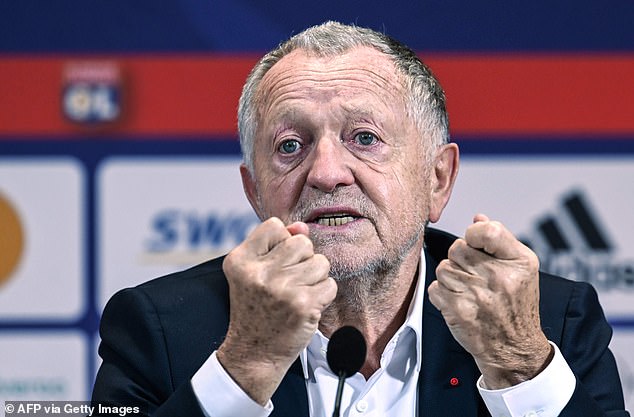 ‘For Memphis, I dream that he accepts our proposal, which is still relevant,’ he told AFP.

‘He brings so much, he has been directly involved in 23 league goals this season. The offer will stay there and, if we are champions, why not?’

This season, Depay has scored 15 goals in 31 appearances in all competitions for Lyon, who sit three points behind leaders PSG with eight games remaining.

Six Man Utd transfers that could be completed on deadline day