Pep Guardiola has rubbished suggestions Manchester City need to use a possible Champions League ban as added motivation when they face Real Madrid. The City boss claimed the possibility of a two-year ban from UEFA’s elite competition will not be in their minds as they face a side he dubbed “the Kings of Europe”.

And he insisted that he remained confident that this season’s competition was not the last shot at glory for this group of City players.

But Guardiola also declared that his players should have more than enough desire to win this competition – that the club have never won – regardless of what happens with their ban.

He said: “There is no special motivation, even if it’s the last one (time), the desire has to be there, without that it’s impossible. More than that it’s another game – that’s all.

“This group of players will have a lot of chances, I know we play the king, I know the challenge we face but in the same time it’s not the last one.

“Unless you die and there’s no more chances you know there’ll be another opportunity. We play two games in the first one we try to be ourselves and do a good game.”

It has been impossible to escape the long shadow of a possible ban despite the grand nature of the occasion and predictably there were plenty of questions for Guardiola about possible knock on effects yesterday. 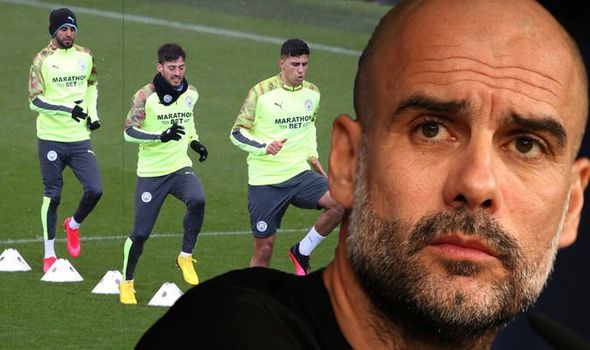 City have stated they intend to appeal to the Court of Arbitration for Sport in Lausanne and Guardiola once again expressed his confidence they will be exonerated.

“We have the right to appeal, I trust with the people in my club, they explain the reasons, they showed me the arguments and the proofs,” the Catalan continued.

“We are optimistic that finally if we deserve to be in the Champions League we can do it next season, if finally it doesn’t happen we have to accept and move forward.

“But are going to see what happens with CAS.”

What happens on the pitch on Wednesday night is a little more pressing against a team Guardiola has insisted he could never manage given his ties to Barcelona.

Guardiola admitted City could do with a bit of luck in this competition given his record of having not got beyond the quarter finals in three attempts with the Premier League champions.

With Barcelona, Guardiola never lost here at the Bernabeu. With Bayern Munich he lost 1-0 here and 4-0 in Germany in the 2014 Champions League semi final.

He encounters a Real Madrid side in questionable form having won just one of the last four and having failed to win in any of their last three knockouts here in this competition.

Ominously they have never gone four knockout matches at home without a victory.

He added: “They’ve done it for three years, they are the best in this competition and it’s a huge challenge, to try to faze them.

“We will need to play good and we have to be strong and you need luck, the decisions in the knockout stages, but we cannot control that.

“It’s a pleasure to come back here, they are one of the greatest sides, when I was a player I won and lost, same as a coach to play Champions League here, it’s one of the great fields, it’s an honour and I enjoy it that’s all I can do.” 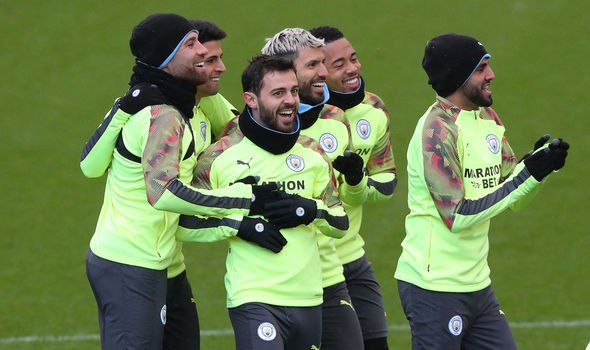 Zinedine Zidane says he has full respect for Guardiola as a manager but insists his Real Madrid should not be “scared” by his Champions League record.

Despite winning the Champions League twice with Barcelona, Guardiola’s record in three seasons with Bayern Munich and Manchester City is underwhelming.

Three times he reached the semi-final with the German giants losing each of them and his best run with City is two defeats in quarter finals and one in the last 16.

In contrast Zidane won three in a row with Real Madrid between 2016 and 2018 and the Frenchman appeared to aim a slight dig with faint praise.

The Madrid boss continued: “Obviously we are inspired by his previous achievements but it doesn’t scare us. 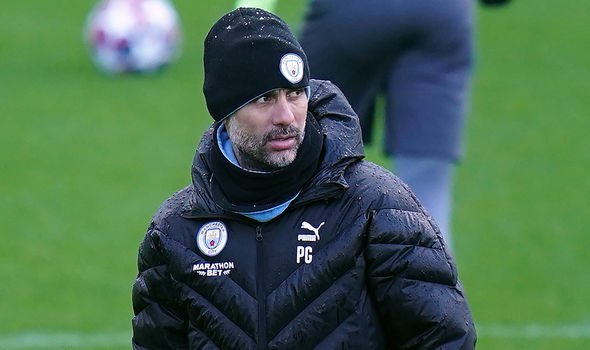 “I said before I spent time with him at Bayern, we discussed his way of working and I learned a lot when I talked to him.

“He’s a great coach and we obviously take inspiration from what they do well.

“The feeling is not fear at all, the opposite.”

Zidane sought to play down the personal battle at the heart of this encounter despite their close history and friendship.

“It is Madrid against City not Zidane against Guardiola,” he added.

“It will be a great game, we always want to play games like this and we will do our best to come away with a good result. 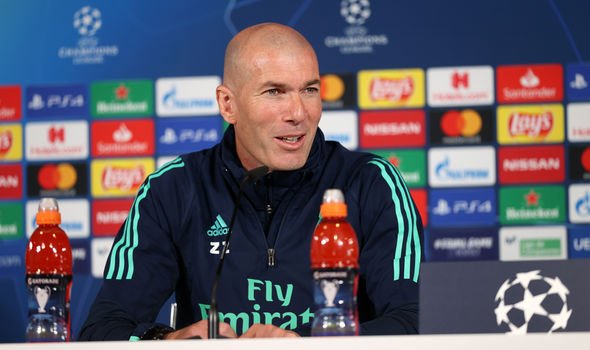 “Yeah because he has shown that over the years, at Barca, Bayern and now City.

‘That’s my opinion. Some people can think other coaches are better but for me, he is the best.”

Real Madrid will have to unlock City without Eden Hazard who looks set to miss the rest of the season with a broken ankle. Zidane admitted it will be a blow.

The Frenchman said: “He loves playing football and I can see he is not happy. It’s important he stays positive but of course it’s difficult.

“It’s a bad moment, it won’t be easy and he will feel like that for a while.”