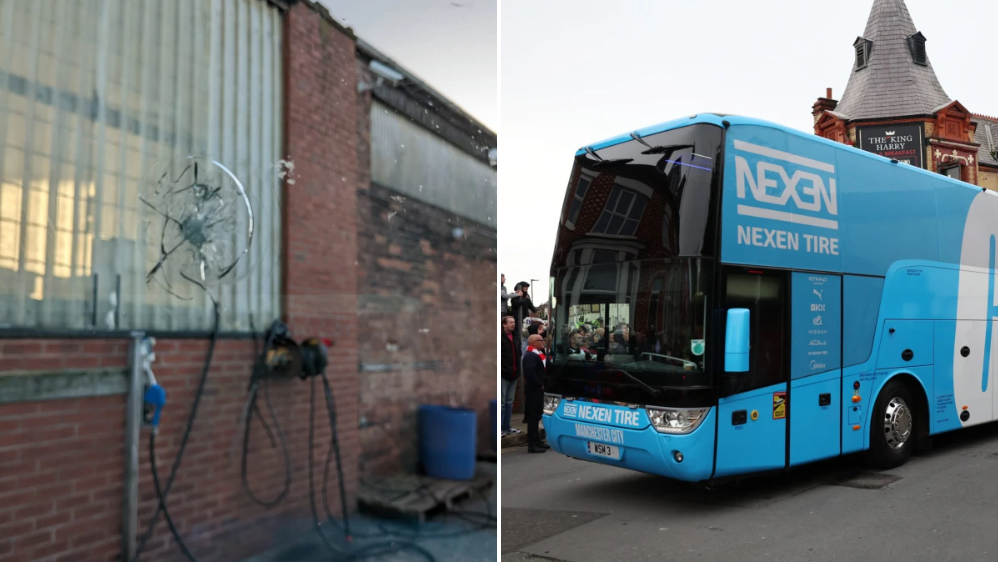 Manchester City have alleged that their team bus was attacked following the the 1-0 defeat to Liverpool at Anfield on Sunday.

A missile was allegedly thrown at the bus with the City players and coaching staff on board, causing a crack in the windscreen. The damage to the vehicle was not severe enough to stop the journey and all on board managed to get back to Manchester.

It is now the third time that City’s bus has been attacked around Anfield. The first incident was in 2014 after Liverpool’s 3-2 victory in the Premier League, while in 2018, City’s bus was targeted as it made its way to the stadium ahead of their Champions League quarter-final tie.

The latest incident comes after tensions ran high at Anfield as Liverpool edged past City with Mohamed Salah’s second-half goal.

Jurgen Klopp was sent off on the touchline, while Pep Guardiola has claimed that Liverpool supporters threw coins at him.

Speaking about the incident after City’s 1-0 defeat at Anfield, Guardiola sarcastically said: ‘Next time we will do it better. It didn’t get me. They try it again next year.

‘All these coins, they tried, but didn’t get it. They got the coach years ago.’

And when he was alerted to Guardiola’s complaints, Klopp said: ‘Oh, horrible. I am sorry. I apologise for that.

‘I had no idea about it. It never should happen, never.’

A Liverpool spokesperson said: ‘We are deeply disappointed to hear vile chants relating to football stadium tragedies from the away section during today’s game at Anfield.

‘The concourse in the away section was also vandalised with graffiti of a similar nature.

‘We know the impact such behaviour has on the families, survivors and all those associated with such disasters.

‘We are working with the relevant authorities in order to do our utmost to ensure these chants are eradicated from football altogether.’