Manchester City have been crowned Premier League champions after their noisy neighbours Manchester United fell to a 2-1 home defeat against Leicester. Ole Gunnar Solskjaer named a heavily-rotated and vastly experienced side against the Foxes to prevent the risk of injury with the Europa League final on the horizon.

United, who played just two days ago in the 3-1 win at Aston Villa, were forced to cram in tonight’s fixture after anti-Glazer protests saw their Premier League game with Liverpool postponed earlier this month.

The Red Devils will now host Liverpool on Thursday at Old Trafford, a match which Solskjaer clearly deems more important.

His team selection was welcomed by Leicester, who needed nothing other than all three points to keep their own top-four hopes alive.

A stunning side-footed volley from Luke Thomas inside the opening exchanges put the Foxes in dreamland before Mason Greenwood immediately levelled things up. 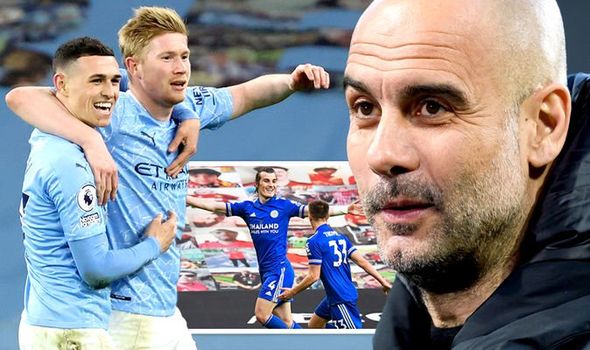 But Caglar Soyuncu’s bullet header in the second half saw Brendan Rodgers’ side tighten their grip on Champions League qualification as Leicester held on to see out the victory.

The result sees City crowned champions as they won back the title following last season’s disappointing defence as Liverpool cruised to their first-ever Premier League triumph.

City squandered the chance to win it on the field on Saturday as they went down 2-1 at home to Chelsea.

Pep Guardiola’s side were ahead through Raheem Sterling and had the chance to double the lead from the penalty spot. 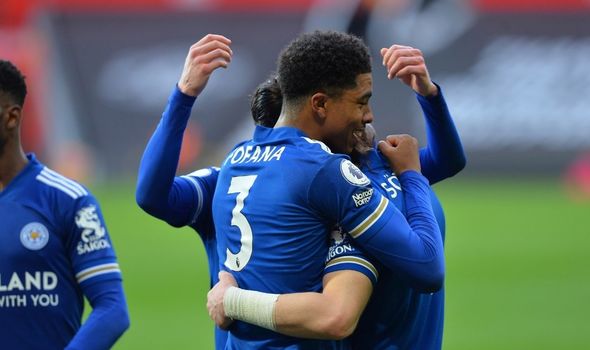 Sergio Aguero’s tame panenka was gratefully gathered by Edouard Mendy though to the fury of Guardiola and his players.

Chelsea then fought back in the second half as Hakim Ziyech equalised with a low drive from the edge of the box.

Marcos Alonso then saw Chelsea earn a well-deserved three points in stoppage time as he dispatched the ball over Ederson and into the net.