Manchester City are desperate to avoid a mass exodus in the summer and will try to tie Kevin de Bruyne and Raheem Sterling down to long-term contracts, according to the Daily Mail. The Citizens are facing a two-year Champions League ban.

City are keen to avoid losing De Bruyne and Sterling at the end of the season.

Their two-year ban from the Champions League has led to many believing star players will walk away from the Etihad.

De Bruyne, Sterling and Aymeric Laporte were all linked with moves away in the summer, provided the ban is upheld.

Real Madrid are believed to be sniffing around the English winger, and speculation was ramped up after the star posed with a Madrid shirt last month. 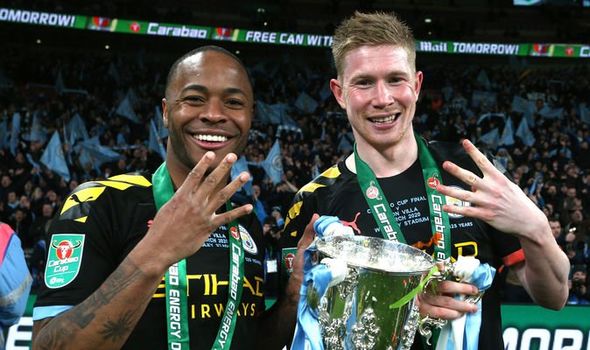 And in an attempt to stop their prized assets leaving, City are reportedly beginning talks with De Bruyne and Sterling over new deals.

They will reportedly wait until after this month’s Champions League second-leg against Madrid before opening talks.

Both currently receive huge wages, and are likely to ask for pay rises in order to commit their future to the club if they are still banned from Europe.

His contract runs until 2023, so they are in no need to sell immediately, but their hand could be forced if the player shows a desire to leave.

Sterling, likewise, is under contract until 2023 and will likely cost upwards of £100million.

His agent confirmed earlier this season that the winger has no desire to leave the club despite their interest from Madrid.

“Raheem is solely focused on Manchester City and will not be distracted by any talk of transfers to any club at the moment,” confirmed agent Aidy Ward. 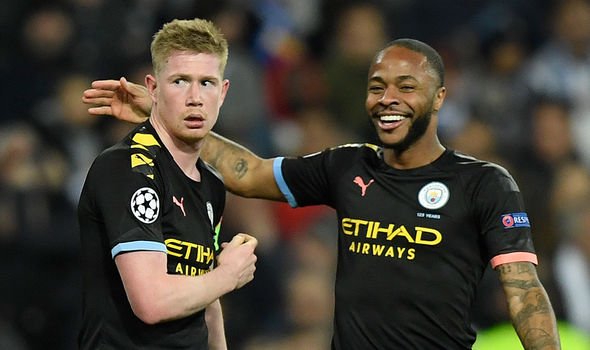 De Bruyne, on the other hand, hasn’t been linked too heavily with any specific teams, and has recently been plagued with a niggle he picked up against Aston Villa in the Carabao Cup final last week.

But Pep Guardiola confirmed he is in contention to play against Manchester United on Sunday.

“He is getting better,” the boss said. “Today we didn’t train and tomorrow he will improve.