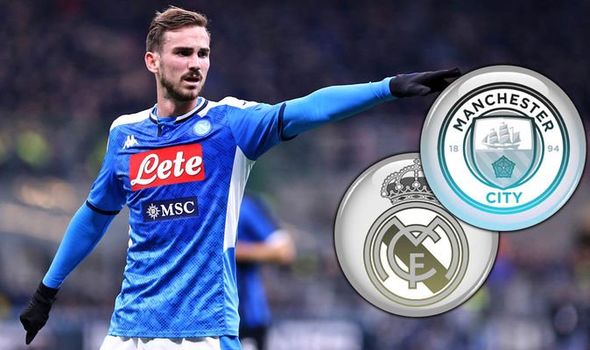 Manchester City will have to see off competition from Real Madrid if they want to land £80million-rated Napoli midfielder Fabian Ruiz. The Premier League champions are interested in signing Ruiz, but Real sent scouts to watch him score the winner against Brescia on Friday night.

City are looking at the Spanish international as they have to replace his fellow countryman David Silva, who announced at the start of the season that this is his last season at the club.

Barcelona also has an interest in Ruiz and City had him scouted in the Champions League matches earlier this season.

Real are planning a significant overhaul of their midfield in the summer with Ruiz at the top of their wanted list and have an advantage over City.

City currently have the uncertainty of a two years Champions League ban hanging over their heads which could tie their hands in the transfer market.

Napoli chairman Aurelio De Laurentiis previously indicated he will only sell Ruiz for a massive fee.

“I paid €30m for Fabian and he’s a fantastic player,” De Laurentiis said. “If some of the European top clubs were to offer €180m we can start talking about selling him.”

Meanwhile, City boss Pep Guardiola has indicated he is open to extending his stay at the club beyond 2021.

Guardiola is under contract until the end of next season while UEFA’s two-year European ban has cast doubt over his future. 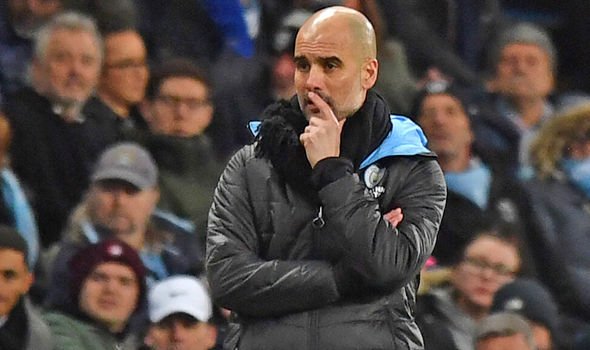 He said: “I don’t know what will happen; I want to stay one more year and after that it depends.

“By 2021 we will have been five years together and we will have to see if the club is happy with me to extend the contract.

“I am working with exceptional players and we have incredible owners here – it wouldn’t be difficult to understand why I might want to stay three more years or whatever, but we are going to see at the end of the season.

“For now I want to stay focused on the next three months, we have to do game by game as best as we possibly can and after that we will have time to think.”