Manchester City are reportedly prepared to venture into the new season without a recognised left-back if they cannot come to a compromise on price with Brighton for Marc Cucurella. The Spaniard is thought to be Pep Guardiola’s top target after the Sky Blues sanctioned the sale of Oleksandr Zinchenko to Arsenal.

City have let a cluster of players leave the club this summer, with Guardiola unable to give every member of the squad regular game time. While the departures of Raheem Sterling and Gabriel Jesus are covered by the arrivals of Erling Haaland and Julian Alvarez, Zinchenko’s exit poses a different problem.

The Ukrainian played 28 matches across all competitions last term, primarily at left-back, although he is poised to finalise a move to Arsenal in a £32million deal. City are reportedly keen to bring in Cucurella as his replacement after the Spaniard impressed during his debut campaign with Brighton.

ESPN claim that the two clubs are £20m apart on price, with the Seagulls holding out for a whopping £50m. If City are unable to convince them to ease their demands, Guardiola will supposedly start the new season with Joao Cancelo, Aymeric Laporte and Nathan Ake as his left-back options. 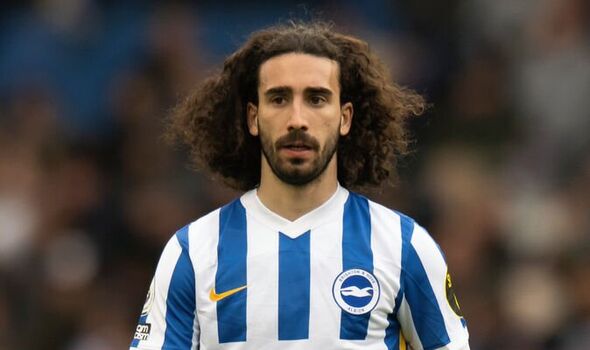 While all three are certainly capable of playing on the left side of defence, none of them would consider it their first-choice position. Cancelo excelled as a right-footed left-back last campaign, but rose through the ranks with Benfica, Valencia and Juventus on the right.

Even though Cancelo can offer plenty, his two back-up options in Ake and Laporte are both centre-backs by trade. Both have occasionally filled in at full-back for the Sky Blues, and while they are capable enough close to their own goal, City miss out in terms of attacking potency.

Cucurella is considered by many to be the perfect middle-ground, having played many times on the wing for Getafe but slotted seamlessly into Graham Potter’s back line on the south coast. It seems as though City are all in for the 23-year-old, but are supposedly prepared to walk away if there is no sign of the price meeting their own valuation.

The club have conducted business similarly in the past, ditching deals for Alexis Sanchez, Harry Maguire and Fred when the financial demands became too hefty. It remains to be seen if their approach to the situation comes back to bite them.

At present, Guardiola is balancing transfer developments with a pre-season tour of the USA, where he has bemoaned the absence of five first-team players. 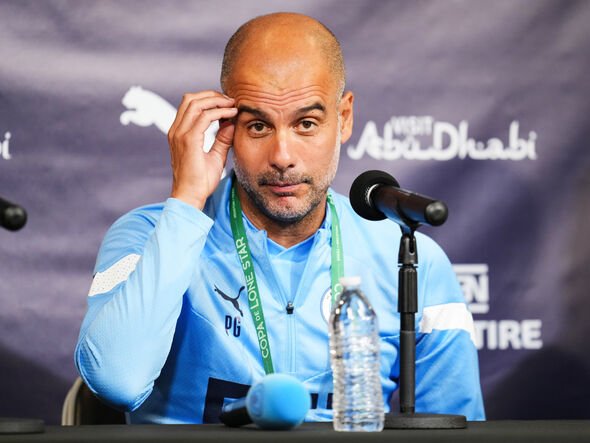 “Yes it’s disappointing, I would like them to be here,” admitted the former Barcelona boss. “Since our second season [2017/18], when we ended up with 100 points, that was the only season when we were all together. Since then, it’s always been four players arriving and then a week later another one. We started the season with incredible problems. Every year we drop points.

“This season, I thought maybe we will be all together but due to the personal situation of these players [that was not the case]. But it’s what it is, we are going to move forward and we have to adapt. Pre-season there can be three, four, five weeks but now it’s over. But they are fit, they are training with the Under-23s and they’ll come back and join us and they’ll be fine.”

City return to competitive action at the end of this month, when they take on Liverpool in the Community Shield.