Manchester City forward Riyad Mahrez could be leaving the Etihad Stadium this summer, it’s been claimed. The Algeria international will be allowed to leave the club at the end of the season, with Paris Saint-Germain interested in signing the two-time Premier League winner.

Mahrez has been a crucial part of Pep Guardiola’s side this season, with the long-term absence to Leroy Sane.

He’s been involved in 23 goals in all competitions this season, and has been one of the Citizens’ best performers.

But, after City were handed a two-year Champions League ban by UEFA earlier this season, Mahrez would be keen to move on from Eastlands, according to Calciomercato.

PSG appear the most likely to complete a deal for Mahrez, who could be used as a replacement for either Neymar of Kylian Mbappe. 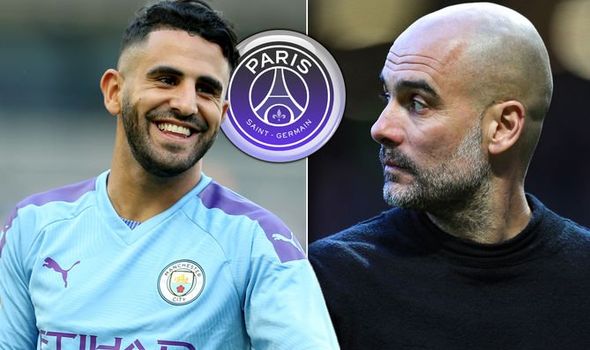 PSG have struggled to keep hold of their prized assets over the past 12 months.

Neymar appeared desperate to leave last summer, with a move to Barcelona his preferred destination.

Mbappe, meanwhile, has been linked with moves to both Real Madrid and Liverpool.

If Mahrez were to leave City this summer, he could be used as a direct replacement for either player, with PSG set to make a major profit.

City were barred from European competition by UEFA for a period of two seasons, after they were found guilty of breaking Financial Fair Play (FFP) rules.

The Citizens have appealed the decision, with the case being taken to the Court of Arbitration for Sport (CAS).

It’s not clear whether City’s ban will be upheld, as the club remain adamant that they’re innocent.

There is also the possibility that the ban is suspended for a full year, until CAS can reach a decision. 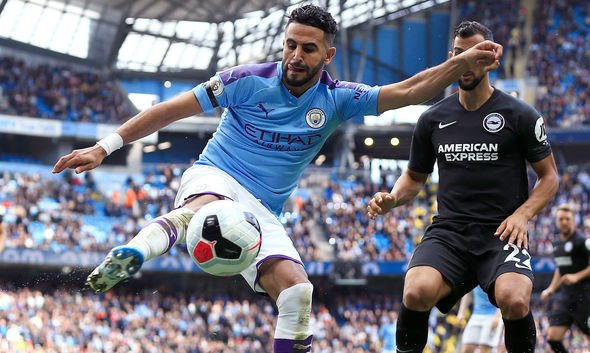 Mahrez first arrived at City in July 2018, in a £61million move from Leicester City.

He has since made 81 appearances under Guardiola, having scored 21 goals, and providing 26 assists.

The 29-year-old has enjoyed his best season at City during the current campaign.

He’s featured in 37 games this season, scoring nine goals; seven of which have come in the Premier League.

Meanwhile, Guardiola looks set to carry out a major shake-up in the City squad this summer.

The manager is prepared to let Nicolas Otamendi and John Stones leave at the end of the season, it’s been claimed.

The Citizens want to sign two new centre-backs at the end of the season.

They’ve already been linked with a number of defenders this season, including Napoli’s Kalidou Koulibaly, and Inter Milan’s Milan Skriniar.

Fernandinho: Manchester City midfielder out for four to six weeks after injury against Porto