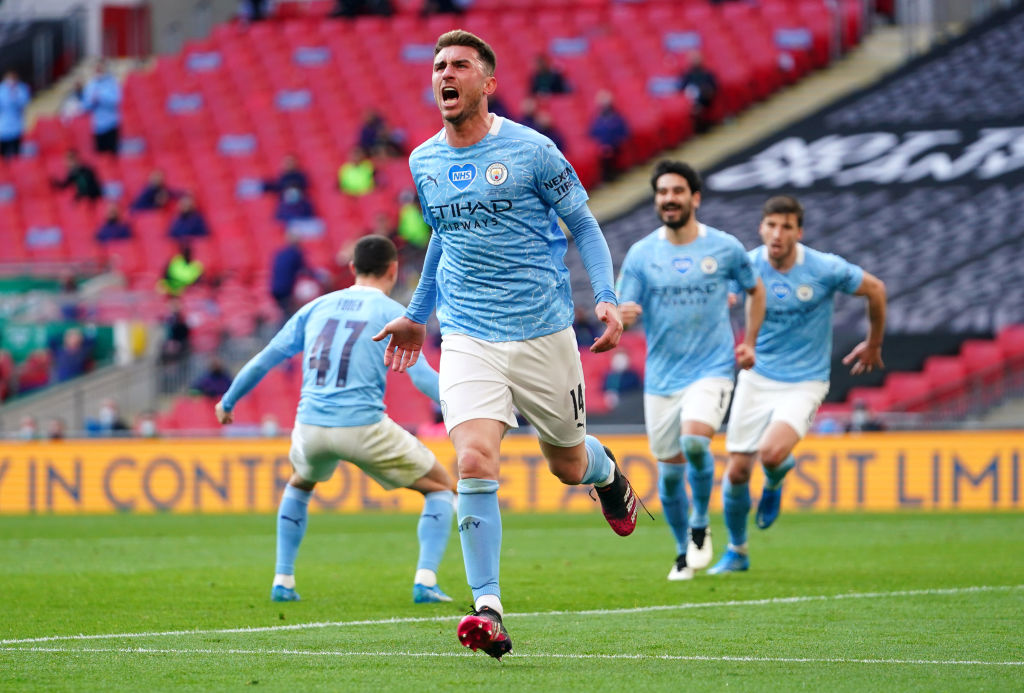 Manchester City have been crowned Carabao Cup champions for a fourth year running thanks to Aymeric Laporte’s late winner in the side’s comfortable 1-0 victory over Tottenham.

Sunday’s showpiece had looked to be heading for extra-time, with 8,000 fans watching on from the stands at Wembley, but Laporte had other ideas and made the breakthrough with a powerful headed effort in the 82nd minute.

The French central defender was perhaps fortunate to still be on the pitch after escaping a first-half yellow card from referee Paul Tierney before later being booked.

Pep Guardiola’s men were, though, deserved victors after dominating for large periods and Spurs – led by interim head coach Ryan Mason – offered little in attack despite the return of talisman Harry Kane.

Riyad Mahrez appeared to have extended City’s advantage in injury time but the goal was disallowed with Phil Foden clearly in an offside position in the build-up to the strike.

The final represented Spurs’ last realistic shot at silverware this term and television cameras showed Son Heung-min being consoled by Kevin De Bruyne, Ilkay Gundogan and Foden as he broke down in tears at the full-time whistle.

Fernandinho, City’s captain since David Silva’s departure, is the only player in history to have won the competition six times.

‘It’s very special for us after we lost in the FA Cup,’ City’s unlikely matchwinner, Laporte, told Sky Sports.

‘We needed to get confidence and keep going. In the last two months we have been so good. We have to keep this rhythm, to win more titles.

‘It was difficult today, they were a good team. It’s never easy. Today we have done very well.

‘I was thinking about my yellow card. We know a little mistake can cost you. I was being careful.

City forward Mahrez added: ‘It was a tough game. We knew it was going to be tough.

‘We kept dominating, we kept passing the ball and I think we deserved to win today.

‘You are always scared because it is a good team but we are confident in our game.

‘We are very happy. You have to win whether you play good or not – today I think we played good and won.’

What now for Mario Balotelli? Italian striker’s brief time at Brescia almost over but his next move is uncertain