Manchester United and Arsenal were interested in Emmanuel Dennis but missed out on a deal after Club Brugge demanded £25m, his agent claims – with Watford able to sign him for £3.4m after he ran his contract down

Manchester United and Arsenal both registered past interest in current Watford striker Emmanuel Dennis, his agent has claimed.

Dennis has dazzled for the Vicarage Road outfit after heading to the Premier League, having already scored six goals and recorded five assists.

He put pen to paper on a five-year deal with the club over the summer, but may have headed to either United or Arsenal if they had matched Club Brugge’s price tag. 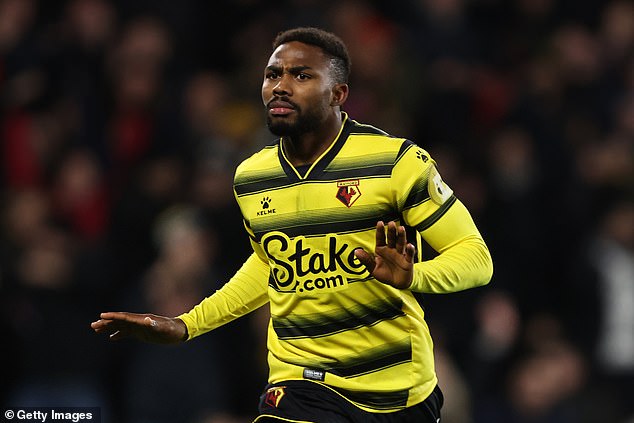 However, both were put off by the £25million valuation slapped on the electric frontman – and Watford pounced themselves with a deal worth just £3.4m.

They were able to pull off the stunning swoop after Dennis ran his contract down in Belgium, and he has single-handedly breathed life into their relegation fight.

‘Arsenal were interested in the past and Manchester United were also interested, but for Club Brugge were demanding a ridiculous fee for him,’ Drew Uyi told The Football Show YouTube channel. 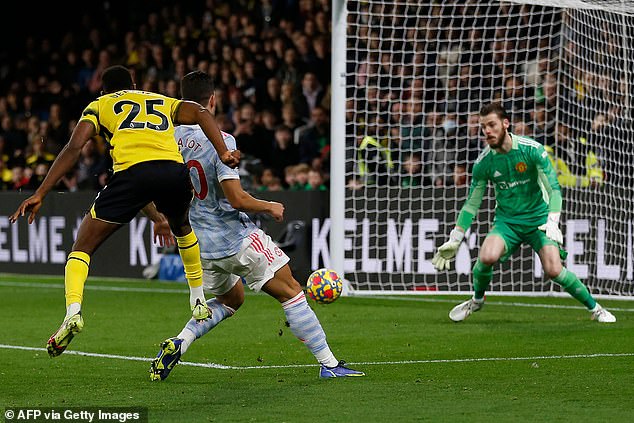 Dennis has hit the ground running, having already hit six goals, including one against United

‘In the end he joined Watford for £3.4m because his contract was running out.

‘He was frustrated at Club Brugge, he was not happy because no young man would be if he were stopped from such opportunities [as Arsenal and Manchester United].’

To little surprise, Dennis’ breath-taking start at Watford has since seen him linked to several elite clubs across Europe. 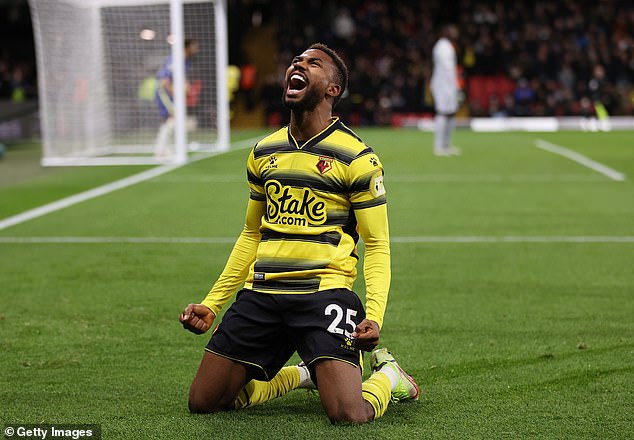 But Club Brugge demanded £25m, and Watford eventually swooped in to seal a £3.4m switch

And, speaking ahead of his side’s clash against Brentford, Claudio Ranieri has insisted Dennis has the quality to play for many of the teams he is scoring against.

‘I think he could play for these big teams,’ Watford boss Ranieri told Sky Sports.

‘He must continue to improve and I speak a lot with him. I’m sure at the end of the season he can go into the big teams – but also he can stay in Watford!

‘I’m impressed a lot with his performances.’