Ole Gunnar Solskjaer would have no complaints if the season was cut short due to the coronavirus pandemic as Manchester United prepare to line up in an empty stadium.

Football matches are being forced behind closed doors and even suspended across the continent in a bid to quell the alarming spread of coronavirus.

United’s Europa League last-16 first leg at LASK is among those affected, with the Austrian authorities announcing restrictions on Tuesday that will mean only 500 people can attend Thursday’s Linzer Stadion clash.

The Old Trafford giants released a statement on the eve of the match saying that “all home matches are currently scheduled to go ahead as planned”, with the club monitoring the evolving situation.

But the spectre of English football being forced to shut up shop looms large and huge question marks are hanging over competitions, both at club and international level.

“It’s up to the experts to decide and the main concern must be the health of the general public and the decision that will be made we’ll back.”

Solskjaer faced the media just 90 minutes after the World Health Organisation declared the Covid-19 outbreak a pandemic, with the virus dominating the press conference previewing the LASK match.

“The players are focused and just concentrated on the job,” the United boss said ahead of leading his side out at a near empty ground. “Of course, these are difficult circumstances – not just for football, but in the whole society.

“So, for us, we just have to do what we’re told and get on with the game if the authorities think that’s what we should do. We are going to have to create our own atmosphere within the team, within the game.

“They are used to training with no spectators anyway and we do have some behind closed doors friendlies at times. I am in no doubt that my players are focused and ready to perform, even if there’s no spectators there.”

Solskjaer does not believe any of his players have been tested for coronavirus and the United boss is unaware of any plans to play next week’s return leg behind closed doors at Old Trafford.

The former striker joked he is used to such surroundings from his time playing in Norway and academy graduate Scott McTominay is ready for the peculiarities of Thursday’s match. 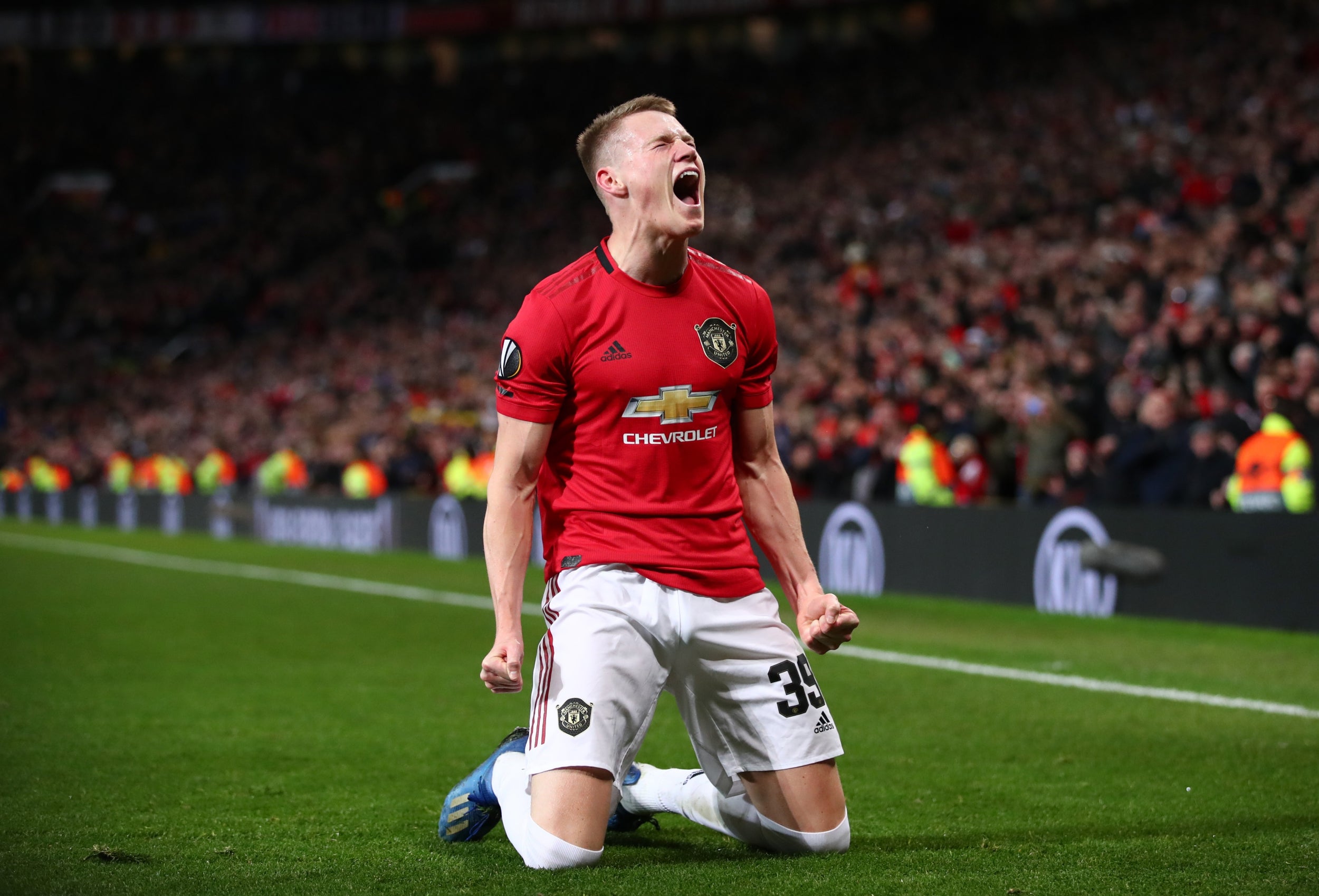 “Whenever you’re growing up and you’re playing under-18 games, reserve team games, you’re used to playing in front of lesser crowds than when you get to the first team,” said the homegrown midfielder, who brushed aside a question about rivals Liverpool being denied the title by the virus.

“We play in front of 75,000 people at Old Trafford, so obviously it will be strange playing a first-team game like that.

“But, for the boys, we just have to keep focused, keep the mentality the same and just keep doing what we’ve been doing and obviously that’s trying to win football matches.

“So, for us, not really an awful lot changes but it is a real shame that obviously the fans from both sides can’t come and hopefully we get it sorted as soon as possible.”