Manchester United fans demand Alejandro Garnacho and Alvaro Fernandez are handed a chance in the first team after teenagers link up to score superb goal vs Liverpool U23s, which was likened to ‘peak Ronaldo’

Manchester United fans are clamouring for Alejandro Garnacho and Alvaro Fernandez to be handed a chance in the first team after the duo combined to score for the club’s Under-23 side against Liverpool.

United lost 3-1 to the Reds in the Premier League 2 encounter, but supporters were delighted to see the exciting teenage pair link up so effectively.

Left-back Fernandez intercepted the ball in his own half before playing a perfectly precise through ball to Garnacho, who drove towards goal before expertly lobbing the Liverpool goalkeeper. 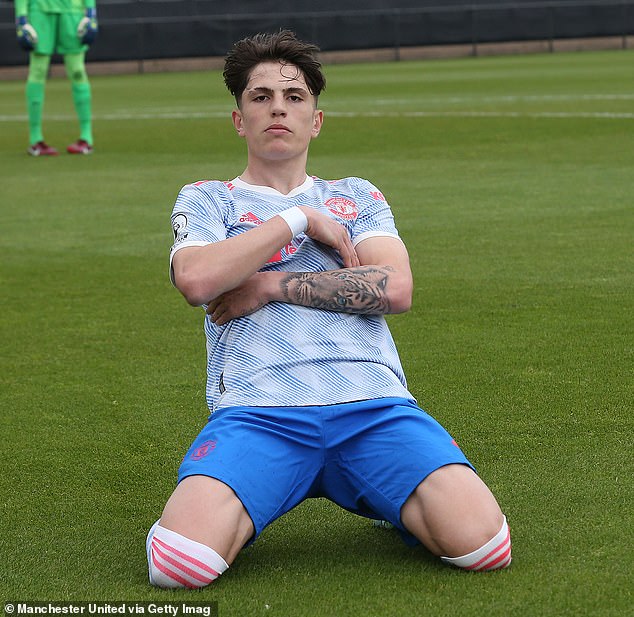 ‘Both are ready for full first team integration and minutes,’ one Manchester United fan tweeted.

‘Both of them deserve a chance in the first team,’ another added.

A third supporter said: ‘Would love to see this link up in the first team ASAP.’

Garnacho, 17, has been named on the bench for United’s last four Premier League matches and made his debut as a substitute in the closing stages against Chelsea last Thursday. 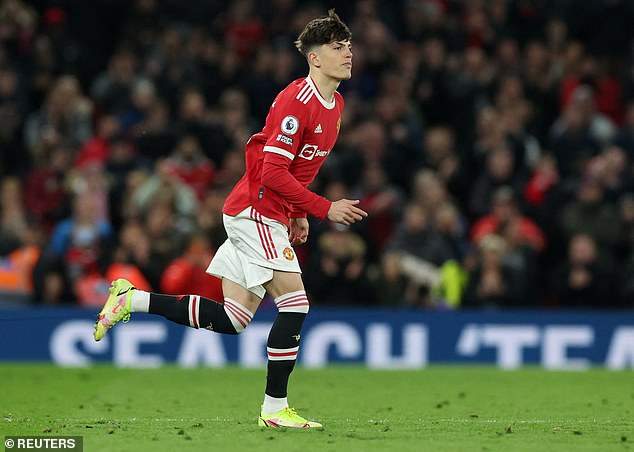 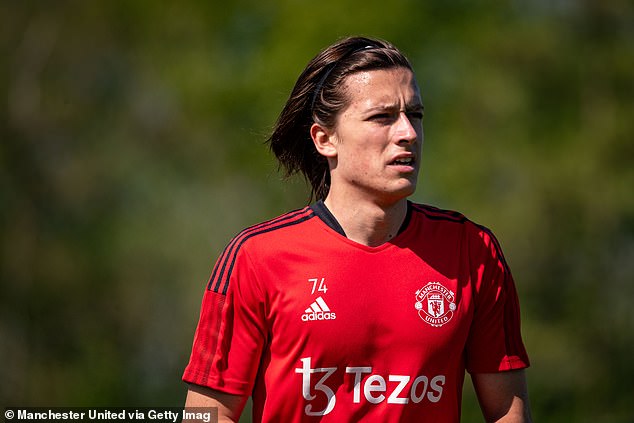 Alvaro Fernandez, 19, was named in the first team squad for the first time against the Blues

His goal against Liverpool was his fourth in 12 appearances for the Under-23s in Premier League 2 this season.

‘I’ve seen enough get him next to Ronaldo,’ one supporter tweeted about the Argentina youth international.

Meanwhile, 19-year-old Fernandez, a former Real Madrid academy player, was named in the first team matchday squad for the first time against Chelsea and will hope to make his debut before the end of the campaign.

‘Fernandez is better than Telles ffs,’ another echoed. ‘I need this boy in the 1st team ASAP. Didn’t know Garnacho is that quick. The audacity to finish like that wow.’

The fact that the two teenagers both played nearly 70 minutes in the Under-23 game on Sunday suggests that they won’t feature from the start against Brentford on Monday night, but they could well make appearances off the bench.