Manchester United ‘in advanced talks to sign Lens right back Jonathan Clauss’ but face renewed competition from Marseille who have ‘submitted an improved £9.3m bid for the French international’

The right-sided wing-back has been subject to intense interest this summer, with Sportsmail revealing last week that Wolves had joined United and Chelsea in the race for his signature.

Ligue 1 side Marseille have also been named as a potential suitor should Clauss wish to stay in France. 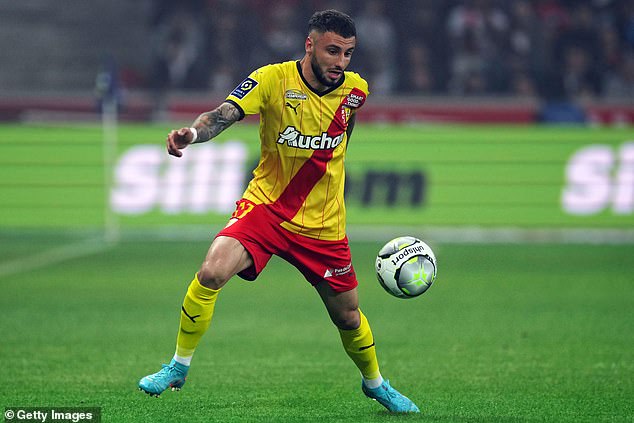 But according to Portuguese transfer expert Pedro Almeida, it is United who are nearing a deal for the 29-year-old.

The Red Devils might need to act quickly to get the move done though, as the Evening Standard‘s Nizaar Kinsella claims that Marseille have submitted an improved bid of £9.3million which could be accepted.

Clauss had not played a minute of top-flight football in his career until he made the move to Lens from German side Arminia Bielefeld two years ago. 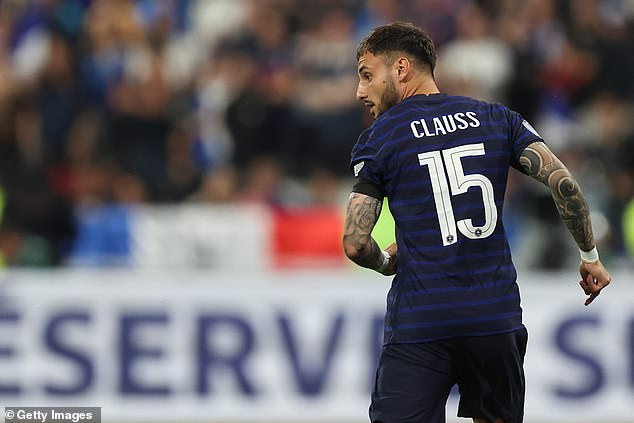 In March, the 29-year-old became the oldest player in nearly 17 years to debut for France 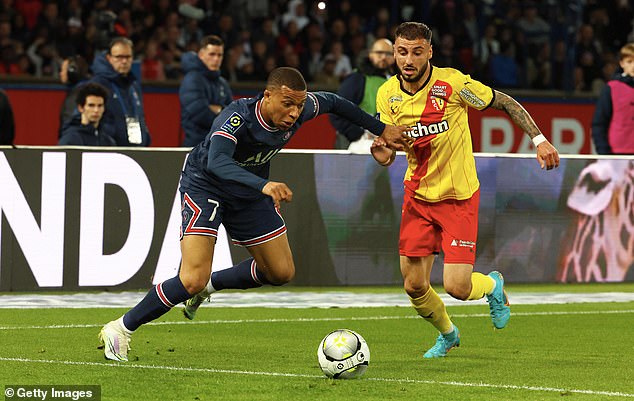 Clauss has one year left on his contract at Lens, which may be a factor in the club cashing in

But he has flourished in Ligue 1 and his performances even earned him a first call up to the France national squad in March.

In playing against the Ivory Coast, the 29-year-old became the oldest Frenchman to make his international debut for nearly 17 years.

Clauss has just one year left on his contract at Lens, which may be a factor in the club cashing in as they risk losing him for free next summer.

United’s current right-back options are Aaron Win-Bissaka and Diogo Dalot, but Clauss might be used as a right winger at Old Trafford given that Erik ten Hag is unlikely to use a system that features wing-backs.