The 71-year-old was sacked by United in 2016 after just two seasons in charge, despite winning the FA Cup by beating Crystal Palace at Wembley Stadium, just 24 hours before.

Van Gaal, who is currently in his third stint as Holland boss having been reappointed last year out of retirement, is set to lead them during the 2022 World Cup in Qatar. 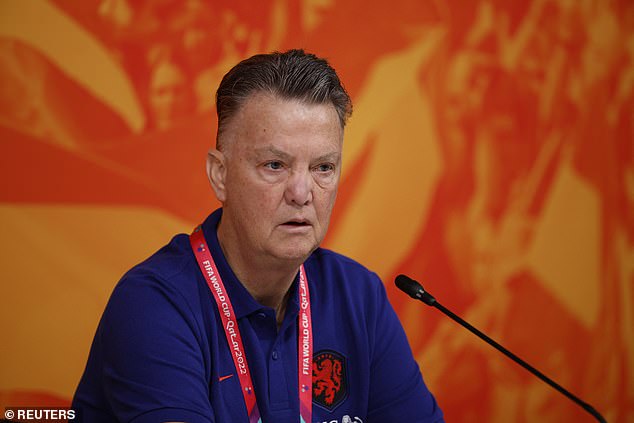 Dutch legend Gullit believes the experienced manager uses his failure at United to have a different outlook on his tactics – despite being so successful with Holland in the past.

Gullit told The Mirror: ‘Van Gaal always thinks it is the system and his tactics that make a team successful. But he failed at Man United with his so-called system.

‘When he played the World Cup in Brazil with Oranje, he loved the 3-5-2 system. He thought then that he could take that with him to Manchester United. 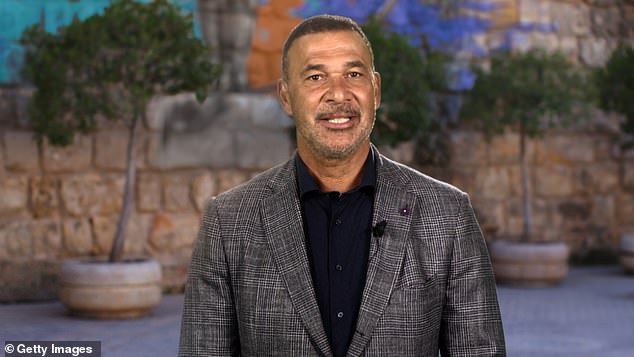 ‘But there he had a completely different group of players and it is not the system that wins, but the team – and the best players that win games.

‘At United he had to go back to the drawing board.’

Holland finished third in the 2014 World Cup under van Gaal, losing to Argentina in the semi-finals, but beating hosts Brazil in the third place play-off clash. 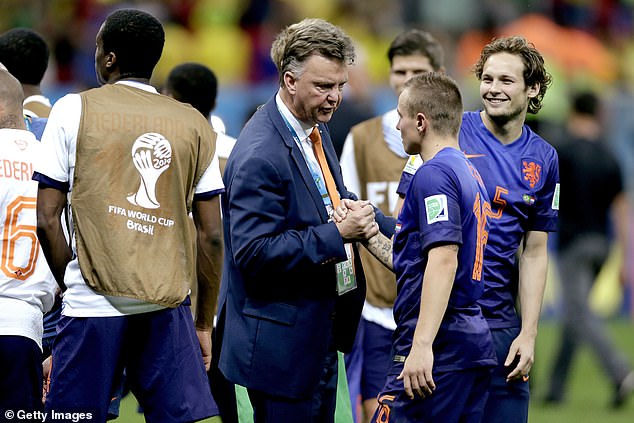 Gullit added:  ‘He needs to get this right if he wants to bow out on a high, because while he may think he is a great coach, in 2010 Bert van Marwijk took us to the final and only lost in extra time.

‘Van Marwijk is the best coach – not Van Gaal, who has never reached a World Cup final.

‘What I don’t like is that Van Gaal still tries to claim all the success whenever the team is doing okay.

‘We have a good spine in the team with Virgil van Dijk as centre-half, Frenkie de Jong as the playmaker in midfield and Memphis Depay as the key striker.

‘The problem for some is that they have not played much this season. You have to be top fit to play every three days and in the knockout phase you might have to go 120 minutes.’ 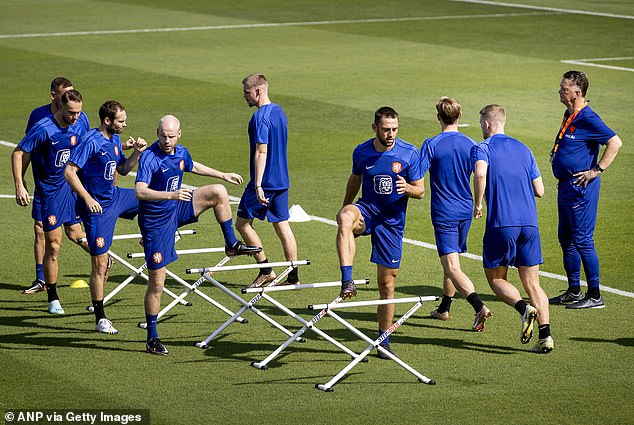 Holland will come up against the likes of Qatar, Ecuador and Senegal in the group-stages

Van Gaal will be looking to go one step further now that he is back in charge when they come up against the likes of Qatar, Ecuador and Senegal in the group-stages of the tournament with the ambition of progressing into the knock-out stages.

The Dutch kick off their Group A campaign against Senegal on Monday with Van Gaal insisting they have a chance to be crowned world champions in his first press conference earlier this week.

‘I believe we don’t have the best players in the world in our team but I believe in team building and tactics and we have players who can execute the tactical plan of the coach.’

What time is the Carabao Cup semi-final draw? TV channel information and how to watch