Manchester United conceded a late equaliser in their toughest pre-season contest yet against Aston Villa in Perth on Saturday. Erik ten Hag’s side faced the elements and a rugged pitch at a sold-out Optus Stadium in a 2-2 draw ahead of their return to England.

Jadon Sancho opened the scoring on 25 minutes before Matty Cash doubled United’s lead with an own goal on the brink of half-time. Villa were much improved after the break, and Leon Bailey grabbed a 49th-minute goal back shortly after coming on before Callum Chambers completed the comeback with the final touch of the game from a late corner.

United have boasted a handful of stand-out performers throughout the pre-season tour, but none more so than Sancho. After a challenging first season after his £72million switch from Borussia Dortmund, the 22-year-old winger looks ready to make his mark on the right flank this term.

Sancho once again showcased confidence and flair on the ball, got on the end of a fantastic team move to net the opener and provided the cross for United’s second. Erik ten Hag seems to have a clear plan for him, and it’s so far bearing delicious fruit. 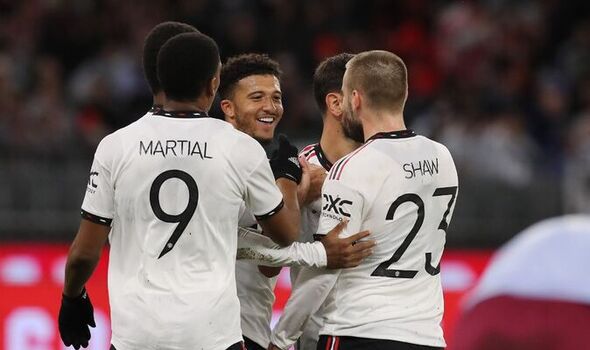 Suppose United splashing £46m to secure his services wasn’t enough of an indicator. In that case, Ten Hag’s decisions in pre-season suggest it won’t take long for Lisandro Martinez to become a regular starter. Alex Telles is up for sale and has blatantly played the role of a placeholder under the Dutchman, featuring as a left-sided centre-back and, against Villa, slotting in as the holding midfielder.

Bailey ran United ragged in the second half, smoking Luke Shaw and Victor Lindelof with his pace. Martinez’s recovery speed will prove vital in those situations, and it wouldn’t be a surprise if he’s thrown straight into the heart of the defence. But if Frenkie de Jong still isn’t a Red Devil before the Premier League season, he could start his Old Trafford career a bit further up the pitch…

United have a major problem

United were found out by a corner against Crystal Palace last time out and suffered again in the dying embers in Perth. Villa equalised with the final kick of the game as Chambers headed past David de Gea, and the Spaniard will once again be disappointed with the manner of the goal.

Many fans raised concerns about De Gea’s suitability to Ten Hag’s style upon the Dutchman’s arrival. While he’s shown improved distribution and more confidence as a sweeper, his lack of confidence in receiving crosses continues to cost United. It’s a serious problem that must be solved. 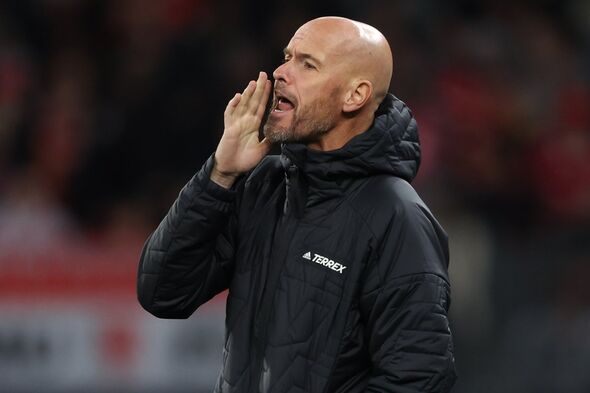 United’s summer transfer business and Ten Hag’s pre-season selections have strongly hinted at the starting line-up against Brighton & Hove Albion in next month’s Premier League opener. And it wouldn’t be out of place to suggest it include at least two of the club’s three current new signings.

Ten Hag will likely opt for the team that started against Villa in Perth, but with Martinez and Christian Eriksen slotted in for Victor Lindelof and Donny van de Beek.