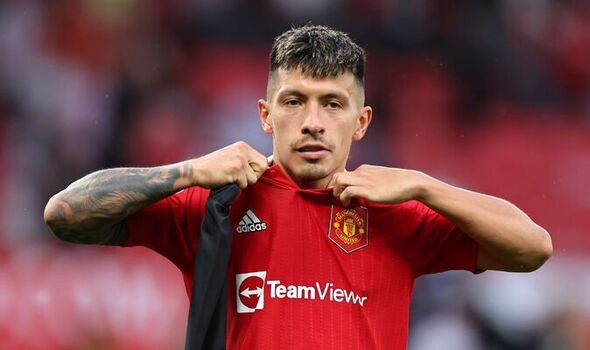 Lisandro Martinez is adamant picking Manchester United over Arsenal was an easy decision because the Red Devils are the “best club” in the world. The no-nonsense Argentine has endured a whirlwind start to life at Old Trafford following his £57million move from Ajax this summer but things could have been so different for the versatile defender.

That’s because Arsenal made two respectable offers for the centre-back, the second of which was worth up to £36m.

However, Martinez only ever wanted to join United, regardless of the fact the Gunners’ highest offer still fell short of Ajax’s valuation.

The Argentina international has now confirmed that it was a straightforward decision when picking between the two Premier League giants, clarifying why he chose the chance to reunite with Erik ten Hag over a switch to north London.

“I chose Manchester United because it is the best club in the world. That is it,” Martinez said. 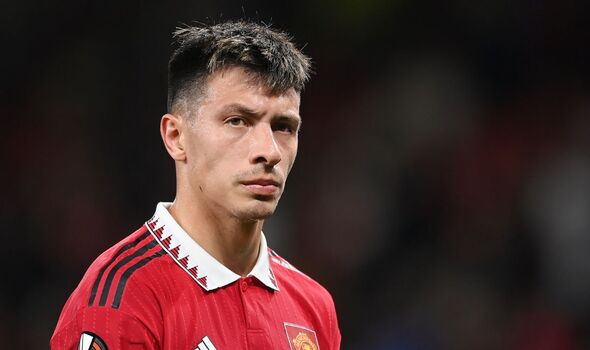 “It was that simple for me. It is the best club in the world. Every game you can feel the support of the people.”

United only ever entered negotiations once Arsenal’s opening offer had landed and the saga slowly turned into a transfer tug-of-war.

It hasn’t all been plain sailing though for Martinez, who was forced to deal with criticism of his height in the early stages of his United career.

On the opening day of the season, for example, ex-United striker Danny Welbeck caused him all kinds of problems as Brighton ran out 2-1 winners at Old Trafford.

Brentford then tore United to shreds as Martinez was hooked at half-time in a 4-0 victory for the hosts in west London.

But Ten Hag continued to believe in Martinez, who started to answer his critics when he turned in a faultless performance in the 2-1 victory over Liverpool – a result that proved to be the turning point in United’s season.

Martinez has been taken back by the way he has been received by supporters since his arrival at the Theatre of Dreams.

He told MUFCTV: “I’m a little bit surprised, but at the same time I feel very proud.

“To come here to the best club in the world and the people say “Argentina, Argentina”, it’s amazing.”

The 24-year-old has already formed a formidable partnership alongside Raphael Varane with Harry Maguire now dropped to the bench.

Maguire was fortunate to make the England squad despite his lack of recent minutes as Gareth Southgate continues to show loyalty to the United captain.

However, it’s now clear that he could struggle for regular playing time before the World Cup in Qatar if Martinez and Varane continue to perform at their current level.

Manchester United star confirms he will leave the club this summer