Manchester United and Arsenal have learned how much they must pay to land Max Aarons and Emi Buendia respectively in the summer transfer window. The two have impressed in helping Norwich City earn promotion back to the Premier League, and have been on the radars of the top flight big boys for some time.

United have been linked with Aarons with Ole Gunnar Solskjaer needing to increase competition for Aaron Wan-Bissaka at right-back.

Aarons, 21, has been almost ever present during the Canaries’ promotion-winning campaign, scoring two goals and chipping in with four assists.

Buendia is also a wanted man, with Arsenal having been admirers for some time as Mikel Arteta seeks more creativity from midfield.

Buendia’s exploits in the Championship certainly suggest he can help fill that void, with the 24-year-old having fired 14 goals and set up 17 to aid Norwich’s glory bid. 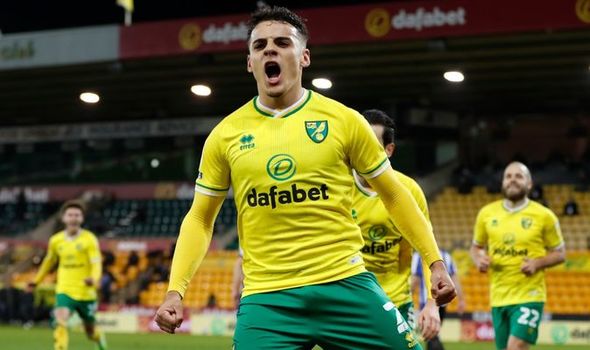 The promotion winners would of course want both players in Daniel Farke’s team for next season’s Premier League campaign.

They are under pressure to sell, but there is an acceptance within the club that players will be allowed to move on if suitable bids are made.

That’s according to Mail Online, which claims Norwich have slapped a £40million price tag on Buendia, while they want £30m for Aarons.

United will face competition for Aarons from Roma, who had a bid rejected in January but are expected to come back with an improved offer this summer. 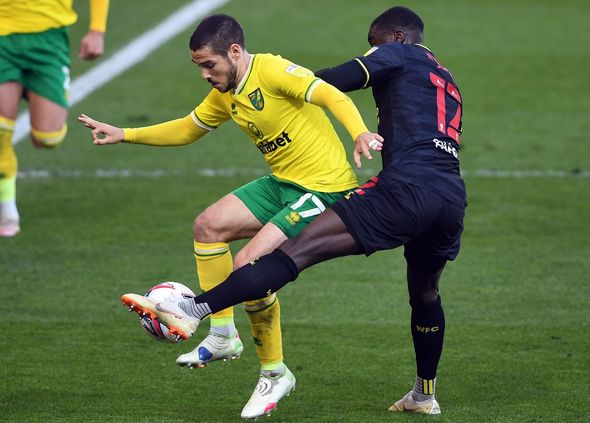 Everton are also expected to swoop for the England under-21 right-back, and they could be favourites given that centre-back Ben Godfrey, who they signed from Norwich last summer, is a good friend of Aarons’.

Meanwhile, whether Arsenal can afford to pay Buendia’s price tag could depend on whether they qualify for next season’s Champions League by winning the Europa League.

Norwich are also braced for interest from Aston Villa in midfielder Todd Cantwell.

The Midlands club are reportedly weighing up their options in terms of potential replacements for Jack Grealish, with Manchester City said to be preparing a bid for the Villa captain.

Paul Merson Says: Liverpool defence is not good enough and has been exposed by 'blinkered' Jurgen Klopp