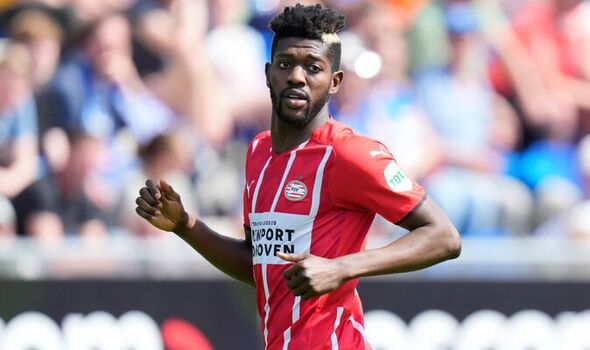 Manchester United and Chelsea have already been warned they must act quickly in their transfer pursuit of PSV midfielder Ibrahim Sangare. Both Premier League clubs have been linked with a move for the Ivorian ahead of the summer transfer window.

United and Chelsea are both expected to sign new midfielders ahead of next season. New Red Devils head coach Erik ten Hag needs to replenish his options in the middle of the pitch after losing Paul Pogba, Nemanja Matic and Juan Mata.

The 24-year-old Sangare has emerged as an option, with Sky Sports reporting that the combative star is ‘confident’ of completing a move. Sangare was previously linked with a switch to England before he joined PSV two years ago.

Everton, Newcastle and Southampton were all linked with the then-Toulouse ace, and Sangare complained of getting itchy feet while in discussions with the latter. He revealed that talks with the Saints went on for too long and instead opted to move to Holland, in a major warning to United and Chelsea.

“Things were a little slow at Southampton. I was very interested in PSV. This is a very interesting choice in terms of club. I’ve seen PSV matches and I’m impressed with the way they play,” he said about his options in the summer of 2020.

“When such an opportunity presents itself, you should seize it. This is just the beginning for me.”

Chelsea are now able to make signings following the £4.25billion takeover of Todd Boehly’s consortium. Thomas Tuchel appears keen to sign a new midfielder this summer and has been linked with Sangare.

United were told they need around 10 new additions by former interim head coach Ralf Ranngick, with midfield an area of particular concern. New boss Ten Hag is familiar with Sangare having enjoyed a rivalry with PSV while at Ajax.

Sangare made 49 appearances for PSV across all competitions last season, including 29 in PSV’s Eredivisie campaign. They ultimately came runners-up behind Ten Hag’s Ajax, although they beat the Amsterdam outfit in the KNVB Cup final.

The Ivory Coast international set up one of the goals in that victory, which came around the time of United’s announcement that Ten Hag would be their new boss.

United have also been linked with fellow midfielder Frenkie de Jong, who could leave Barcelona if an acceptable bid is made. But they could still try to sign Sangare if Ten Hag feels he needs a complete overhaul of his midfield.