Manchester United and Chelsea are set to go head-to-head for Erling Braut Haaland and could even do so the coming summer transfer window, with the Blues eager to beat their heavy competition for the signature of the Borussia Dortmund striker.

The Blues are said to be keen on recruiting an elite-level striker at the end of the season despite signing Timo Werner from RB Leipzig last summer.

It is thought Haaland and Werner can be used in the same system although Chelsea also have an abundance of other established long-term attacking options in the likes of Kai Havertz, Christian Pulisic, Hakim Ziyech, Tammy Abraham and Callum Hudson-Odoi.

United, meanwhile, are long-term admirers of the Norway international and Ole Gunnar Solskjaer wanted to sign his countryman from Red Bull Salzburg before he joined Dortmund a year ago.

The 20-year-old has been a phenomenal signing for the Bundesliga giants and has scored 35 goals in as many games across all competitions.

MUST READ: Premier League done deals: Every confirmed transfer in the top flight 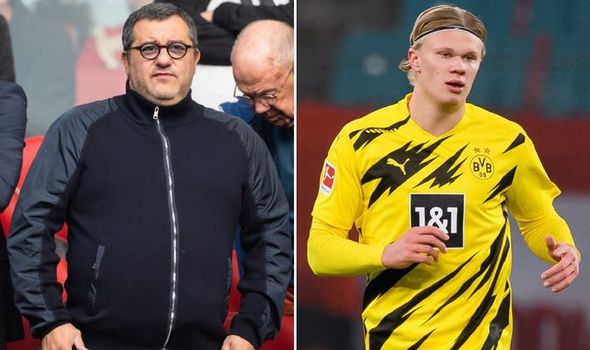 That adds to the 29 goals he managed in 27 matches at Salzburg, having joined the Austrians from Molde in his home country, where Solskjaer managed the striker.

Haaland has not yet been at Dortmund for a full Bundesliga season but there are a whole host of clubs keen on his signature already and he has a release clause of just shy of £70million in his contract for the summer of 2022.

The Athletic say Chelsea will make a move to sign the Norwegian before then although they will struggle to get Dortmund not just to agree a deal but to agree to one for any less than double than that £70m.

The west London outfit expect that teams will wait for 2022 to activate his release clause but even if they make a move this summer, that would surely trigger a rival approach from United and maybe more teams.

Yet both clubs have several hurdles to overcome to sign the 6ft 4ins striker, not least amid suggestions Real Madrid is Haaland’s apparent preferred landing spot. 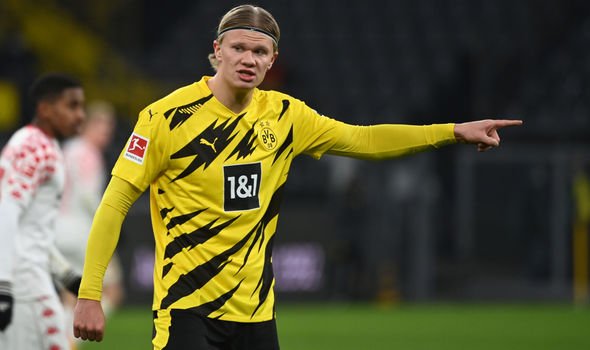 That would mean that even signing him in the next year or two, Chelsea or United could lose the prolific frontman later down the line to the Spanish heavyweights.

But it is does not mean that they stand no chance of signing Haaland this year or next, given Los Blancos are widely thought to be fixated on the idea of signing Kylian Mbappe from Paris Saint-Germain.

Yet the fact United and Chelsea would have to negotiate with Mino Raiola, the super-agent who represents not just Haaland but Paul Pogba and ex-United duo Zlatan Ibrahimovic and Henrikh Mkhitaryan, might be an issue.

United have plenty of history with Raiola and Solskjaer has repeatedly had verbal clashes with the outspoken Dutch-Italian.

Only in December, the Red Devils boss said in reaction to yet more speculation regarding Pogba’s Old Trafford future and comments made by Raiola: “I’m not going to talk about Paul’s agent anymore.”

The Norwegian manager would not the one sitting down to talk business with the agent but Raiola’s relationship with the club is surely strained.

Club legend Gary Neville has said previously: “What the club need to do is make a stance on that agent. He has messed them around for years with Pogba and others.

“Why they allow themselves to be played I will never know. He is a serious thorn in the side for them. 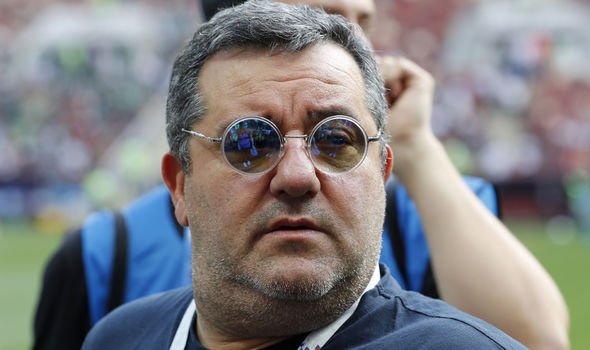 “United should stand strong and not do business with him and tell players if they are represented by him we won’t do deals with you.”

And though that does not mean United would necessarily listen to Neville, it is likely to reflect the way some figures within the club feel towards the controversial agent, who has been engineering Pogba’s second exit from the Red Devils almost ever since getting him back there in the summer of 2016.

Chelsea do not have as rich a history with Raiola but they are not exempt from the frustrations United have felt and were left burnt by their experience of dealing with him while trying to re-sign Romelu Lukaku, who instead joined United in 2017.

Lukaku, who is no longer represented by Raiola, went to Manchester and just two years later left on a permanent basis to join for Inter Milan. The deal did not work out as hoped.

And it is thought Chelsea were not happy with how the situation was managed and it has been claimed that Lukaku grew frustrated with Raiola because he wanted to go back to Stamford Bridge rather than join United, which is why they eventually parted ways. 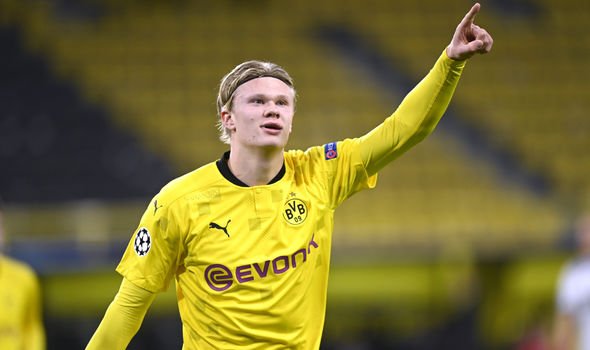 United, seemingly, were willing to pay the exorbitant agents fees that Raiola is not shy in demanding. Dortmund did that to sign Haaland from Salzburg. Though the transfer fee itself was only around £18m, it has been suggested his agent pocketed £13.3m (€15m) as a result of the deal.

The two Premier League giants would presumably be willing to grit their teeth and sit down at the table with Raiola given Haaland’s generational talents.

But it means a deal is not too straightforward even if they activate his release clause in 2022. He will expect a significant cut, with it said by some that Raiola made as much as £40m from Pogba’s move to United.

And that Real Madrid have traditionally paid higher agent’s commissions than United and Chelsea over the years may make it even tougher if the La Liga champions do opt to make a real move for the player.

Haaland is a sensational talent who already has over 100 club goals at the age of 20, but that he is represented by Raiola may throw up some issues for United and Chelsea when they make an attempt to bring him to the Premier League.