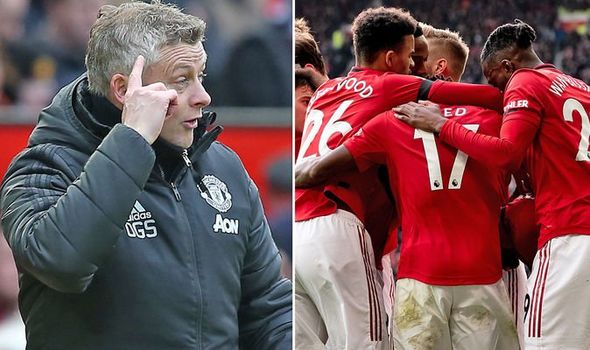 When it comes to penalties, Manchester United have struggled this season. Paul Pogba, Marcus Rashford and Anthony Martial have all missed from 12 yards when given the opportunity to convert. But the way Bruno Fernandes kept his cool to give United a narrow win over Watford suggests that he may be the solution to their problems in that department.

With Chelsea beating Tottenham 2-1 on Saturday, the pressure was on the Red Devils to pick up the points and boost their chances of playing in the Champions League next season.

And United did just that, with goals from Fernandes, Martial and Mason Greenwood making it a good afternoon at the office.

Fernandes was delighted to get his first goal, running towards the fans and screaming in ecstasy.

It was another good performance from the Portugal international, who continues to impress following his January arrival from the Sporting Lisbon.

And seeing him score from the penalty spot will no doubt delight supporters – and Solskjaer. 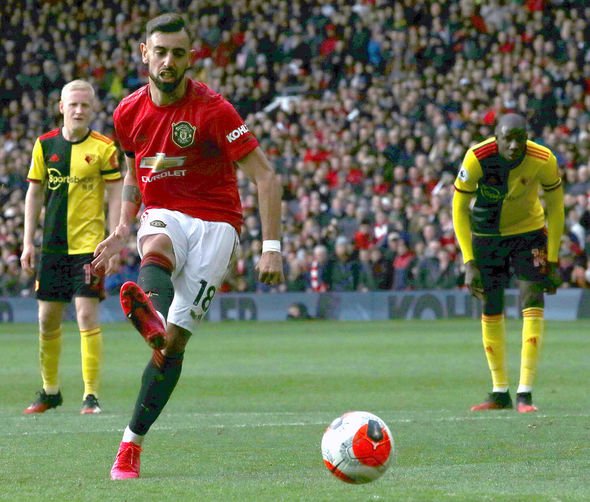 When it comes to spot-kicks, United have failed to make the most of them this season.

Pogba missed one in the second game of the season away at Wolves.

And, in the following game against Crystal Palace, Rashford also failed to make the most of a golden goalscoring opportunity.

Rashford also missed another at Norwich, while Martial also failed to score from 12 yards in the same game.

But the way Fernandes coolly took his opportunity suggests he could be the solution to the Red Devils’ penalty problem.

Given the magnitude of the game, the United star could have been forgiven for feeling the pressure. 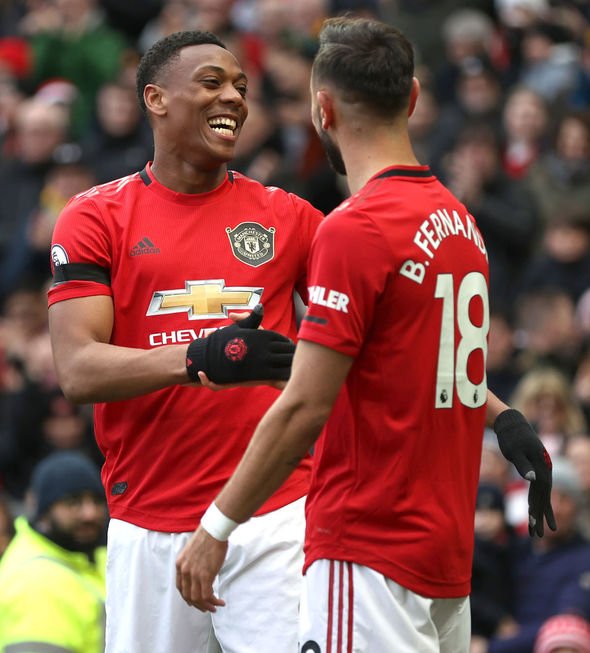 But Fernandes appeared a man at ease, exuding confidence as he calmly sent Ben Foster the wrong way.

What will also please Solskjaer was the performance of Martial.

Just weeks ago, question marks were being asked of the France international after he struggled in a goalless draw against Wolves.

But the forward was bright against Watford and, for the third game in a row, was on target.

Martial has, for the most part, produced his best when Rashford has been alongside him in attack.

Yet the France international has been resurgent of late, showing he has what it takes to be the club’s main man.

At Chelsea on Monday, his cushioned header was sumptuous.

And his mazy solo goal against Club Brugge in the Europa League on Thursday was impressive as well.

His goal against Watford was something else, though, a beautiful chip that gave Foster absolutely no chance.

And with he and Fernandes in this sort of form, Solskjaer will be confident that United have what it takes to finish in the top four.

Given Manchester City’s ban from the Champions League, a finish in the top five may even do.

Bournemouth star explains he was mistakenly arrested for attempted murder