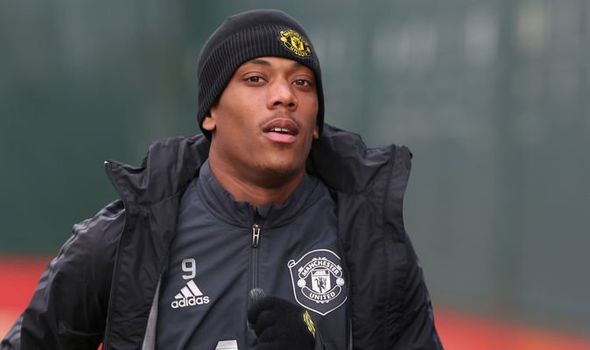 Manchester United striker Anthony Martial has suffered a fresh injury blow and Ole Gunnar Solskjaer admits he has no idea the extent of his problem. Martial was missing from the match-day 18 to face Club Brugge on Thursday night with Odion Ighalo named to start up top for the first time since his January move.

The Red Devils take on their Belgian opponents having drawn 1-1 away from home last week as they seek a spot in the last 16 of the competition.

And while it was initially suspected the Frenchman was simply being rested, despite the United boss going largely full-strength with his team, it has emerged he is actually injured.

“He didn’t feel right after the training yesterday, or [rather] he walked off during training and he’s injured,” Solskjaer told MUTV before the match.

“So hopefully it won’t be too bad but I don’t really know yet how long he’ll be [out for].” 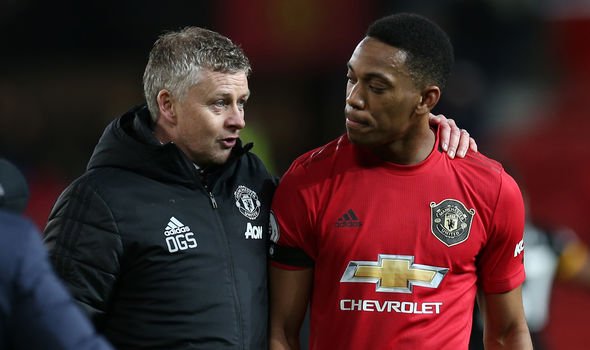 With Marcus Rashford potentially out for the rest of the season with a back problem, Ighalo and Mason Greenwood are Solskjaer’s only natural No 9 options while Martial is sidelined.

The France international had moved back into a central role in the absence of Rashford but Solskjaer may now have to look elsewhere for a few weeks.

In the build-up to the clash with Brugge, the Norwegian coach insisted he wants more from Martial, despite his recent form.

The 24-year-old has three goals in his last three games with his account for the campaign now up to 15 goals and five assists in 31 matches across all competitions. 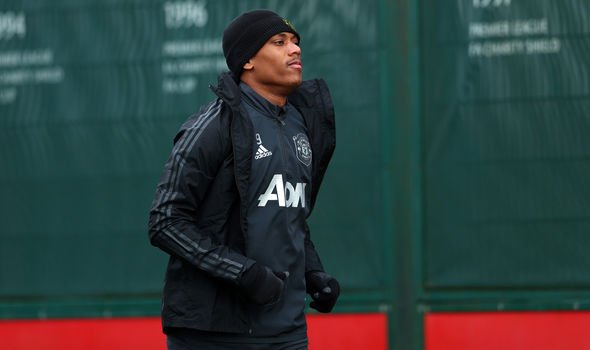 “Now he’s in a different position, where it is more physical and you’ve got to be stronger with your back to goal and be more patient.

“It’s your job to be in the box when the ball arrives. I’m still at him. I demand more of him.

“Sometimes, the ball is squared across the six-yard line and it’s where he should be.

Martial has already missed a stint of matches this season with a hamstring problem, during which United won only one of five Premier League games. 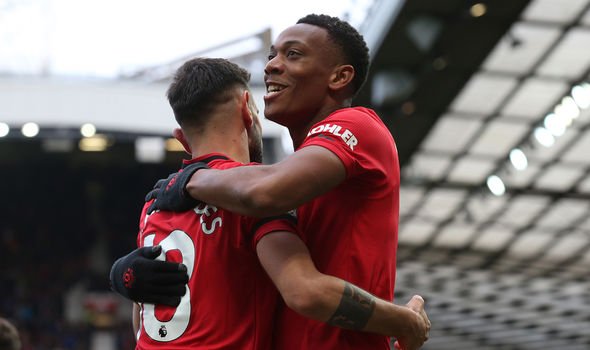 United will hope his latest absence isn’t as costly, with United making a fresh push for the top four.

After their win over Chelsea earlier this month, Solskjaer’s charges are just three points adrift of the fourth-placed Blues.

But they face a tricky run of upcoming fixtures, with Everton, Manchester City, Tottenham and Sheffield United awaiting in their next four top-flight outings.

United are also in the fifth round of the FA Cup, facing Derby next week, and will hope to navigate the challenge of Champions League drop-outs Brugge to reach the next round of the Europa League.

How Cristiano Ronaldo built himself into ultimate goal machine

Solskjaer reveals Ronaldo is determined to show he's better than ever