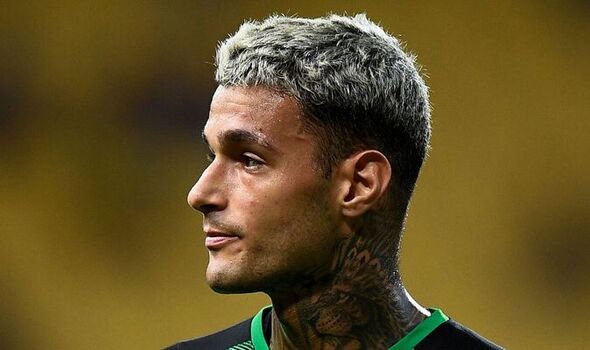 Manchester United have been provided with plenty of food for thought throughout their three pre-season matches to date under Erik ten Hag – not least from the revitalised Anthony Martial. Together, alongside Marcus Rashford and Jadon Sancho, the tricky trio have ripped through defences and offered glimpses of a brighter future in the second post-Cristiano Ronaldo era.

There are huge doubts as to whether the Portuguese international will be continuing with United next season, while the club continue to monitor the transfer market for potential replacements.

Problematically though, there are not many attractive options on the table for United to explore.

Darwin Nunez was thought to be Ten Hag’s preferred target but Liverpool moved in quickly, paying big bucks to secure a deal with Benfica.

United had reservations about paying the numbers required and while there was firm interest, they did not want to become embroiled in a bidding war. 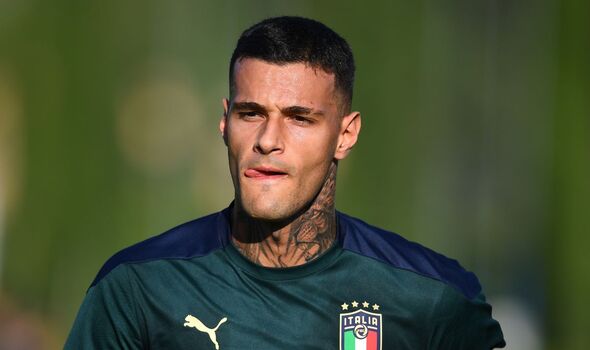 The Red Devils have now been left shortchanged following Ronaldo’s bombshell because top-quality No 9s are currently short in supply.

Yet there is still one name that would represent a huge success if United were to somehow wrangle a deal.

Gianluca Scamacca is hot property at the moment with West Ham and PSG both jostling for his signature.

At just 23 years old, he is already showcasing his world-class potential as a centre-forward who can play both with his back to goal and facing goal.

It’s effectively exactly what United need given they were deemed to be too one-dimensional last season with Ronaldo leading the line.

Scamacca is a ruthless finisher, who can also bully and pin defenders, as someone willing to do the dirty side of the game for the benefit of others.

With the speed and precision of Martial, Rashford and Sancho coming from deep – this could be a recipe for success for United.

The Italian frontman also scored a lovely mix of goals in Serie A last season, when he netted 16 times for Sassuolo.

He rifled home from range, and was there for the tap-ins whilst also making his aerial prowess count.

Given Ten Hag’s version of United are highly likely to create a vast number of chances, he could be the perfect profile to replace Ronaldo.

Scamacca has all the credentials to become the focal point of United’s attack and with Sassuolo looking for just £45m, a deal is there to be struck.

It was understandable that United did not want to fork out in excess of £85m to sign Nunez but if he was considered to be the right fit for Ten Hag, Scamacca is a suitable and shrewd alternative.

Rangers face a season-defining run – what does Gerrard need to fix?