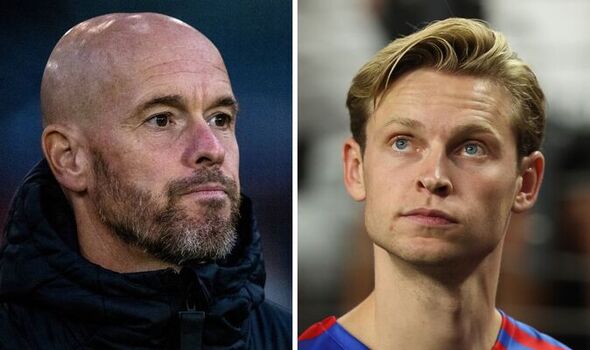 Declan Rice is a ‘dream target’ for Manchester United but the Red Devils accept that he is too expensive at £100million, according to reports. The West Ham captain, who has cemented his place as an England regular, is among the names on United’s midfield shortlist alongside Frenkie de Jong with a deal for the Dutchman still looking increasingly difficult.

Despite extensive work on the deal, United seem no closer to signing De Jong, who continues to push to stay at Barcelona.

Yet United are not yet prepared to walk away the table as they bank on a late swing of the pendulum.

It’s believed United are still confident of striking a late agreement with the player over a move after already shaking hands of a £72m deal with Barcelona.

According to Goal, there are other midfielders on United’s radar should a move fail to materialise this summer. 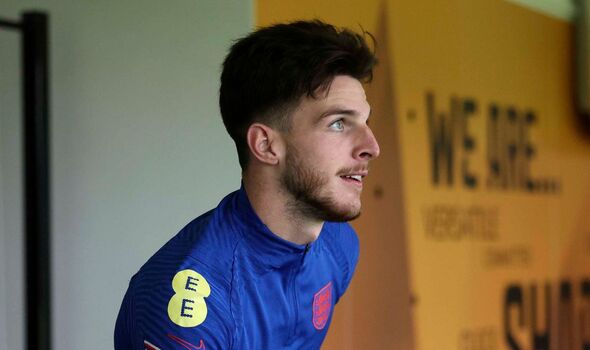 West Ham stalwart Rice is considered to be a dream signing for United as they continue to balk at the Hammers’ astronomical valuation of the England star.

Rice is valued at well over £100m by the Irons, a figure that has seen United turn their noses up at the deal.

But further down the line, the dynamic could certainly change as Rice’s contract runs down in east London. There is a feeling that West Ham may need to consider a sale next summer, when he will only have one year remaining on his deal.

Outside of Rice, there are also a number of other names on United’s radar including Youri Tielemans.

The Belgian has just one year remaining on his current deal with Leicester, who are yet to receive an offer for the former Monaco man this summer.

Arsenal too, are believed to be monitoring Tielemans but any talk of a transfer at the moment is seemingly agent-driven.

Ruben Neves is also of interest to United and he was expected to wave goodbye to Wolves this summer – something that just hasn’t happened.

The Portuguese maestro would cost a pretty penny but United may have to cough up the cash in order to make a statement midfield signing.

Finally, it’s claimed Jude Bellingham is another name of interest to United although the England international will not be leaving Borussia Dortmund before the start of the new season.

The Bundesliga giants have already ruled out a sale after already offloading Erling Haaland to Manchester City.

Liverpool are also in the fray for Bellingham and they are ready to make their move next summer at the end of the 2022/23 campaign.