Manchester United manager Ole Gunnar Solskjaer has hinted he sees Bruno Fernandes as a No 10. The Portugal international delivered a brilliant display as the Red Devils beat Watford 3-0 on Sunday, boosting their chances of a Premier League top four finish in the process.

Manchester United have deployed Fernandes as a flat central midfielder and No 10 during his time at Old Trafford so far.

The Portugal international has hit the ground running at his new club since his £46million transfer from Sporting Lisbon back in January.

On Sunday, Fernandes was the star as United breezed past Watford.

He opened the scoring early on, finding the net from the penalty spot after winning the spot-kick in the first place.

Fernandes then played a key role in Anthony Martial’s goal and provided the assist for Mason Greenwood’s emphatic finish.

And, speaking after the game, Solskjaer hinted that he may have solved the club’s No 10 problem. 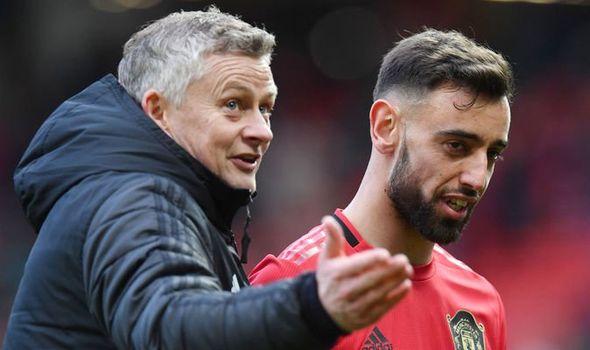 Jesse Lingard, Juan Mata and Andreas Pereira have all disappointed when played there this season.

And Solskjaer told the club’s official website: “Now we’ve got the No 10 or attacking midfielder nailed down.

“He’s a box-to-box midfielder and can do everything a midfielder can. He’s similar, as I said, to Veron and Scholes. 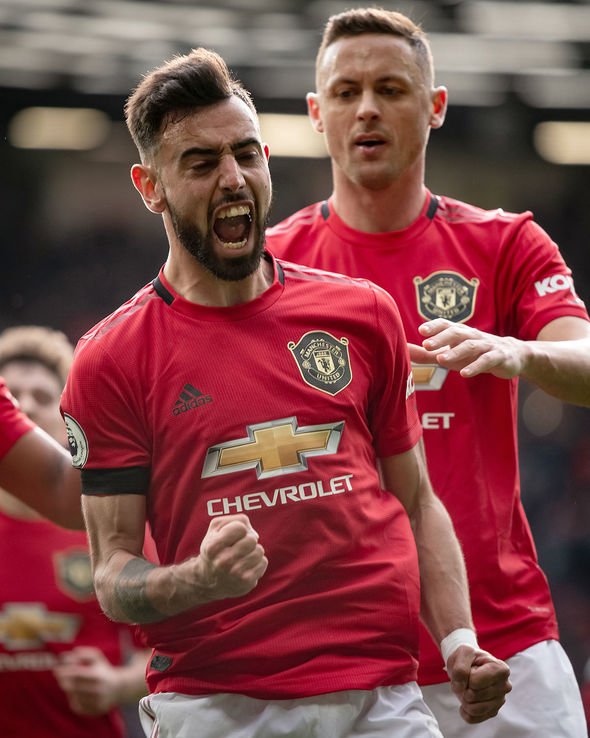 Solskjaer also said after the game that Fernandes was aware of the fact he’d been signed to become an important player.

“Bruno has come in to be a very important player,” added the Norwegian.

“We’ve needed that type of player. He knows he’s here to play.

“One of the good things about him is he takes risks with the ball, like Veron did.

“I used to love playing with Seba because you’d run and you’d get the ball. If he doesn’t hit you, at least he’s looking for you and that’s what Bruno does.

“That will encourage players to make more runs, I hope, because there aren’t enough of them still.”

Fernandes was voted as United’s man of the match by the club’s fans, who gave him 81 per cent of the votes.

Martial was second on five per cent.

And Greenwood, whose goal was his 11th of an impressive campaign, got four per cent of the votes.

Macclesfield: League Two club facing relegation threat as EFL appeals points deduction
Recent Posts
This website uses cookies to improve your user experience and to provide you with advertisements that are relevant to your interests. By continuing to browse the site you are agreeing to our use of cookies.Ok