Man Utd: Are they over-reliant on Bruno Fernandes?

Manchester United manager Ole Gunnar Solskjaer fears Bruno Fernandes is being man-marked out of matches – and has urged the rest of his forwards to “step up” and take the onus off the Portuguese playmaker.

Fernandes has been a revelation for United since joining from Sporting Lisbon in January 2020, providing 23 goals and 18 assists in just 41 Premier League appearances.

But the 26-year-old has failed to make an impact in United’s last two matches, dull 0-0 top-flight draws with Chelsea and Crystal Palace.

United look to Fernandes to inspire them and when the Portugal international is not leading the charge, the rest of the Red Devils attack struggles too.

And Solskjaer, whose side have only won two of their past seven league games having drawn five, wants the likes of Marcus Rashford, Anthony Martial and Mason Greenwood to contribute more.

“I think taking responsibility is important for everyone when they play football,” the Norwegian coach said. 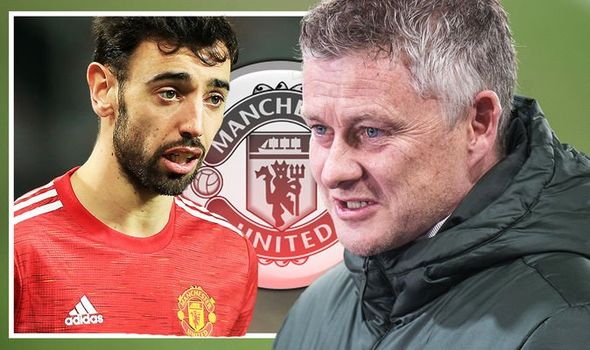 “Don’t wait for things to happen, you’ve got to make things happen. And we expect everyone to be a leader, everyone to take that responsibility.

“Of course it might be Bruno I but know that teams are trying to man-mark him at times and that’s not a dig at anyone.

“That’s just that sometimes in football they try to stop your best player. And someone else will have to step forward.

“Bruno might find a position, make space for others, create. He has created chances for others even when he has not touched the ball.

“And you see others have created chances for Bruno when they’ve not touched the ball. 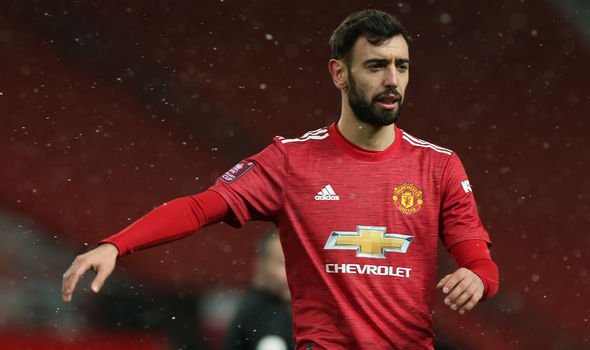 “It’s about the movement and creating space for your team-mate and taking that responsibility.”

Despite recent criticism of their performances, Solskjaer declared ahead of Sunday’s Manchester derby at the Etihad that United aren’t out of form.

He said: “We have had big moments in big games recently. Chances that we would normally put away and then everyone is rosy, everyone says we are the best thing since sliced bread.

“The away game against Chelsea wasn’t far away from being almost a perfect away game.

“We should have had a penalty, we should have got the last counter-attack, one last pass away from winning the game.

Sunday’s opponents City have won all of their past 15 league matches and their last 21 straight across all competitions.

But Solskjaer said of rival Pep Guardiola: “No-one has invented any style by themselves. 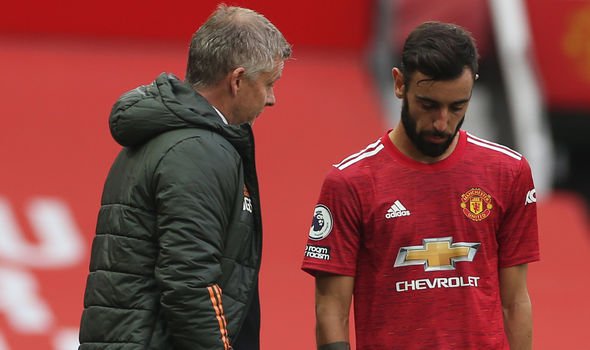 “They have taken little bits from other managers and teams and I have taken a lot of my football philosophy of course from the time I was here at Man United and, to be honest, in Norway.

“I had some great coaches there with the same beliefs that we have to attack quickly. Whenever there is the chance and the opposition is out of balance you counter-attack.

“We’re working as hard as we can every single day – and that is everyone from the scouts to the cleaning ladies and the people in the kitchens.

“Everyone is working really hard to get us to where we feel belong – and that’s the top. I know our fans want us to win and that they’re impatient for success. We’re working as hard and as quickly as we can.”

Nuno Espirito Santo: Wolves boss says his team never approach a game with a 'nothing to lose' attitude