Manchester United boss Ole Gunnar Solskjaer has reportedly decided he wants an orthodox centre-forward when the transfer window reopens at the end of the season. And that’s because of Anthony Martial’s style of play, despite the France international scoring twice recently.

He has found the net twice recently, scoring in the 2-0 win over Chelsea on Monday and in the 1-1 Europa League draw with Club Brugge three days later.

Martial is valued by United but, according to the Evening Standard, Solskjaer still believes he needs something different.

The report says he wants a centre-forward who is ‘orthodox’ – one that will look for goals and stay in the penalty area.

And that’s because Martial, simply put, isn’t that kind of striker.

He still has a tendency to drift out wide, a habit that may stem from Jose Mourinho’s time as United boss. 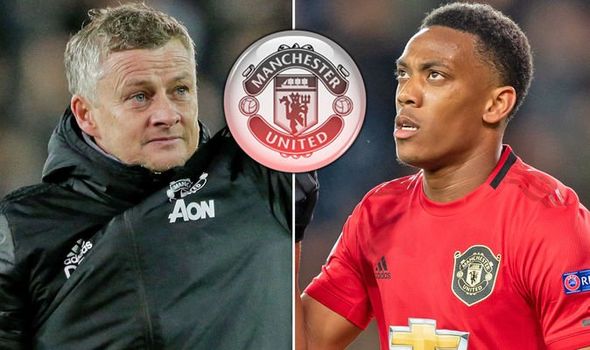 During those years, Martial was often played on the left.

But he’s had to retrain to be a centre-forward, with Solskjaer choosing to give him the job of leading his attack following the summer exit of Romelu Lukaku to Inter Milan.

The 24-year-old can also drop deep too often.

And Solskjaer now wants somebody different, with Lyon hotshot Moussa Dembele one player on his radar.

Meanwhile, speaking after United’s 1-1 draw with Brugge, Solskjaer backed Martial to score 20 goals this season for the first time in his career. 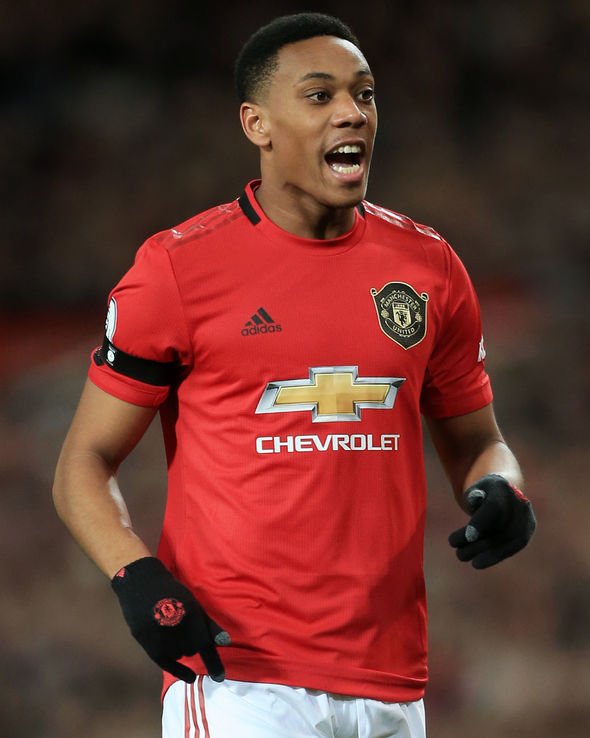 “I think Anthony can step up, get a few more and get to the 20 mark,” he said when asked about the Frenchman.

“There’s good technique in his finishing. He’s good receiving the ball at times and dropping off.

“He can play almost like a false nine as well. Sometimes I’d like him to be stronger physically.”

Solskjaer also liked seeing Martial score a header against Chelsea, adding: “It was a 1980s centre-forward goal. Yeah, definitely [I want more of those].

“I’m encouraged by his attitude this season as well, wanting to do those things that are not natural for him.

“You’ve got to make him a No 9 again after playing wide for so many years [under Jose Mourinho].

“Anthony and Marcus have played wide for a few years until the last 12 months really.”

Martial is expected to feature when United go up against Watford on Sunday (2pm).

The Red Devils lost 2-0 when the sides met at Vicarage Road earlier in the season.