Manchester United boss Ole Gunnar Solskjaer may be tempted to sign a new left-back after the club’s 2-1 FA Cup win over Norwich on Saturday. The Red Devils battled their way to Wembley courtesy of goals from Odion Ighalo and Harry Maguire. However, Luke Shaw’s performance left much to be desired and there’s a sense that United may require an upgrade in his position if they’re to challenge the likes of Liverpool and Manchester City for the Premier League title next season.

After the final whistle blew against Norwich, fans flocked to Twitter to give their verdict on the Manchester United performance.

The common consensus was that Diogo Dalot should go, with the right-back struggling on a rare afternoon where he was selected ahead of Aaron Wan-Bissaka.

Supporters also criticised Jesse Lingard who, like Dalot, couldn’t make the most of his time in the Norfolk sun.

But Shaw came in for criticism, too. And his lacklustre performance at Carrow Road suggests United could consider making an extra signing when the transfer window reopens.

As things stand, they want at least two.

Jadon Sancho ticks all the boxes and the Borussia Dortmund star is tempted by a return to the Premier League – and a move to Old Trafford in particular. 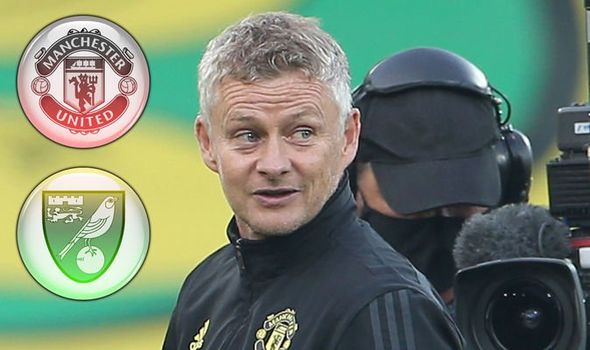 Jack Grealish is also in their sights, with the Aston Villa star standing out amid a difficult season for Dean Smith’s side in the top flight.

But United want a complete squad as they seek to become champions of England for the first time since Sir Alex Ferguson’s retirement in 2013.

And, in Shaw, they simply don’t have a left-back consistent enough to help them win the biggest and most-prestigious prizes football has to offer.

It’s been a topsy-turvy time at Old Trafford for the England international, who was signed in 2014 as Patrice Evra’s long-term replacement.

He struggled to win the trust of Louis van Gaal in his first year but, by his second, had earned the Dutchman’s faith.

Yet a serious injury sustained in a Champions League match against PSV Eindhoven set Shaw back, with the left-back struggling in the years that followed. 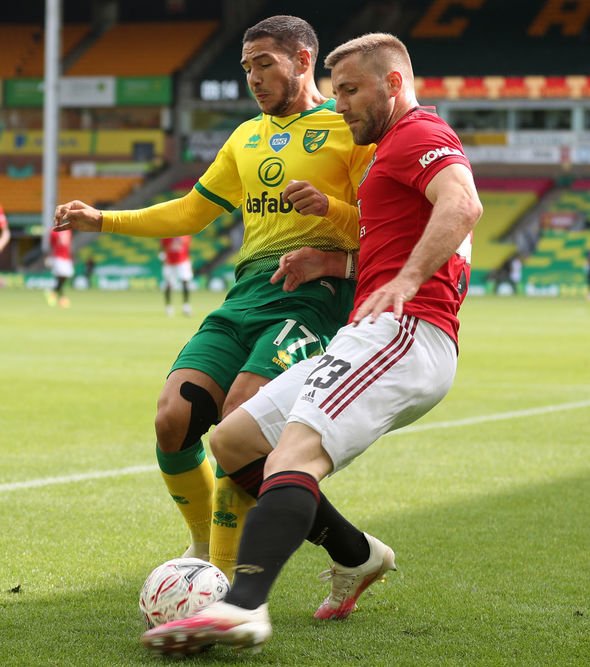 He never saw eye to eye with Jose Mourinho, who he and his entourage felt harboured a grudge against him for rejecting Chelsea many years ago.

Shaw has improved under Solskjaer, with the Norweigan’s man-management helping to boost the defender’s confidence.

But the fact remains that, when compared to other left-backs in the game, the 24-year-old doesn’t sit in the elite bracket.

Against Norwich, he was infuriating to watch. He got into all the right spaces at Carrow Road but, more often than not, his end product was left lacking.

One clip did the rounds on social media of Shaw, in acres of space, floating a ball over the entire penalty area when it was packed with bodies.

And that summed up his afternoon.

Shaw is good at his defensive duties but it’s going forward where he comes up short. He’s not registered a single assist in the Premier League this season and has just three to his name across all competitions.

Evra would create goals galore for United due to his excellent offensive attributes. Shaw doesn’t have those same traits.

Andy Robertson of Liverpool is a class above the England international, with the Scot in a league of his own. And Alphonso Davies, of Bayern Munich, is also helping to change the way left-backs play.

United have Brandon Williams waiting in the wings but it’s still too soon for him to start week in, week out.

Solskjaer could be tempted to sign an upgrade on Shaw when the transfer window reopens. He’s a good squad player to have but that’s it. And United will require better if they’re to end their wait for the trophies they want the most.

The Matildas are going to Tokyo 2020. But two won’t make the trip