Manchester United manager Ole Gunnar Solskjaer feels Marcus Rashford, Mason Greenwood and Anthony Martial would benefit from the arrival of Borussia Dortmund star Jadon Sancho, reports say. The Borussia Dortmund star is a top Red Devils transfer target for the summer window having impressed in the Bundesliga this season. And United are hoping to sign him up, despite Chelsea and Real Madrid also being interested.

Manchester United sold Romelu Lukaku to Inter Milan last summer while also loaning Alexis Sanchez out to the Serie A side.

At the time many were critical, believing Solskjaer to have left his side without potent attackers to propel them to a Premier League top four finish.

However, the United trio have all impressed this season. Rashford had scored 19 goals prior to sustaining a serious back injury in January, while Martial and Greenwood have found the net 16 times and 12 times respectively.

And ESPN say Solskjaer feels the trio can benefit from the arrival of Sancho when the transfer window reopens at the end of the season.

The Dortmund star is currently top of the club’s list of targets for the summer window, having been in electric form over in the Bundesliga.

From just 23 league appearances the 20-year-old has scored 14 goals as well as registering 14 assists – making himself one of the most-wanted players on the planet in the process.

KEY STORY: Man Utd owners the Glazers may sell up faster because of coronavirus crisis 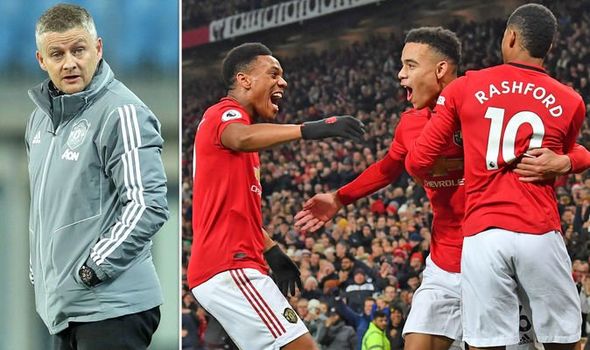 Solskjaer thinks Sancho has what it takes to improve his youthful line-up and propel United to new heights.

But whether they’re able to sign him remains to be seen, with Chelsea and Real Madrid also in the race to land the England international.

Chelsea boss Frank Lampard has been promised transfer funds from owner Roman Abramovich, with the Blues having gone two years without any big-name signings.

They were banned from recruiting fresh faces last summer but received a big £130million cash injection from Eden Hazard’s move to Real Madrid.

And Chelsea are ready to rival United for Sancho, despite agreeing a deal to sign Hakim Ziyech from Ajax during the January transfer window. 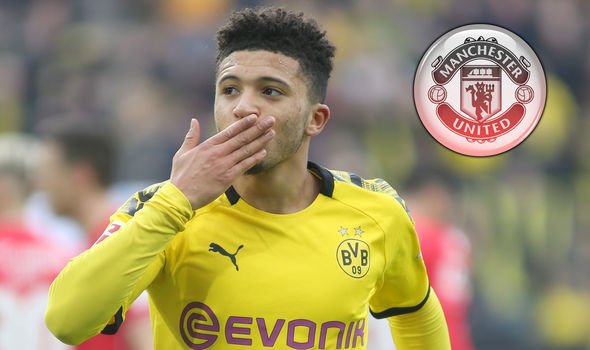 Real are also in the race to sign the Dortmund star, with the La Liga giants failing to sparkle this season.

They’ve missed attacking stardust since the departure of Cristiano Ronaldo to Juventus, with the likes of Hazard and Luka Jovic fail to shine in his absence.

But while Real want to sign the 20-year-old this summer, Sancho’s preference is believed to be United.

“He might be joining United and United will certainly do a lot of work,” Laurens told the Gab and Juls podcast.

“I don’t think it’s done already, obviously, but I think it’s a very big possibility he will end up at Old Trafford in the summer, whenever the transfer window opens.”

Solskjaer has previously admitted United will look to exploit the transfer market this summer, saying: “Football is going to get back to normality at one point, and it’s very important we’re ready when that happens.

“Then, the market, who knows how the market is going to react to this? Who knows which clubs need to sell players?

“There might be just a situation there where you can exploit.