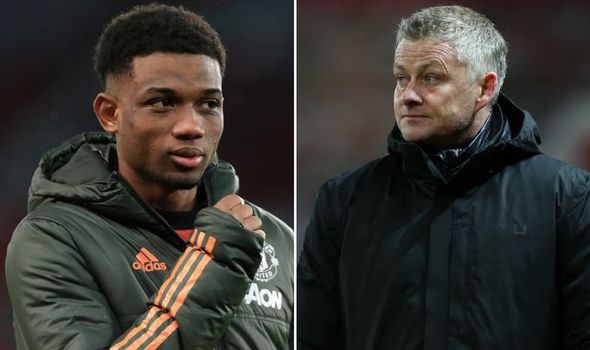 Manchester United manager Ole Gunnar Solskjaer has been warned by the club’s under-23s boss to be patient with promising teenage attacker Amad. The 18-year-old joined from Atalanta in the January transfer window to complete a move to Old Trafford worth an initial £19million that could be worth up to £37m with add-ons.

Amad arrived in England highly rated despite having only ever played 13 minutes of Serie A football and the forward has made an instant impact for United’s under-23 team, scoring twice on his debut in a 6-3 win over Liverpool.

The left-sided winger followed that up with a goal and three assists in a 6-4 defeat of Blackburn to put him on six direct goal contributions in just 180 minutes of football.

His highlights have seen some United fans on social media demand Solskjaer implements him into his first-team plans straight away.

Amad is already training with the club’s senior squad at Carrington as the Ivorian looks to assert himself at his new club. 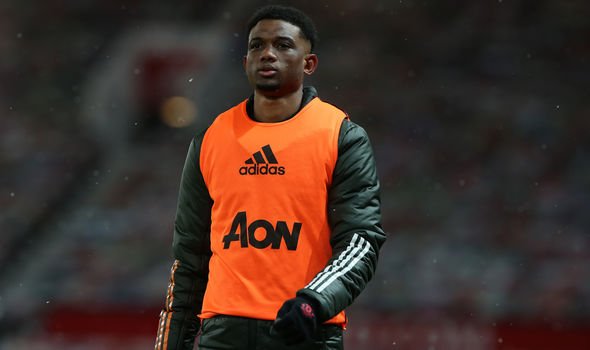 But Neil Wood, the under-23s head coach, is exercising caution over the club’s new talent and says United must ease the player in.

The Ivory Coast youngster made a first-team match-day squad for the first time this season as an unused substitute in Tuesday’s FA Cup fifth-round win over West Ham at Old Trafford.

“You see he has ability and he’s linking up well,” Wood said of Amad. “He doesn’t really have a relationship with any of these boys here.

“He came to Liverpool [last] Saturday and did well and the same [against Blackburn].

“He’s training with the first team and doing well and he’s still new to England and the style of football in England so it’s going to take time and like all young players you have to be patient with them. He’s gaining more confidence as the days go on.”

With teams able to make five substitutions in the FA Cup, Amad will hope to be in the squad again in the quarter-finals after failing to come off the bench against the Hammers.

Amad has also been added to United’s Europa League squad for the knockout stages ahead of their two-legged clash with Real Sociedad.

Solskjaer made clear upon his arrival in January that he is likely to give Amad a first-team debut this season.

He said, after loaning out summer addition Facundo Pellistri: “With Amad, it’s a different scenario. He’s had a good training regime and programme, he’s doing well and it won’t be too long until I can bring him into the squad.” 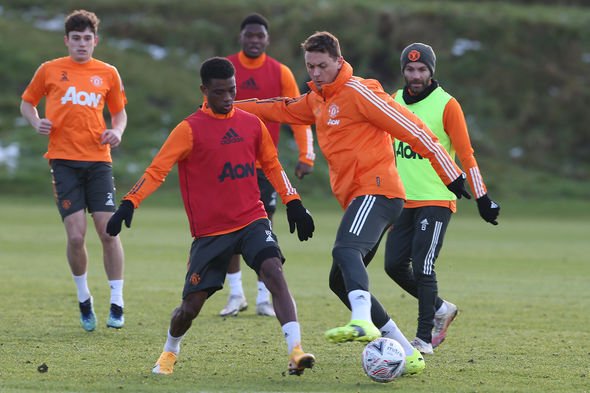 The Norwegian added more recently: “We’re going to give him the time to settle in and keep showing his skills, improving, get used to England and our way.

“Amad has come in and does well in training, he’s got very good, close technique, he’ll open up defences.”

After the victory over West Ham, Solskjaer said: “Amad has been bright when he’s come in. He’s done really well with the reserves games and he’s a player who can create things out of nothing so he’s there if we need something.”

Amad’s next minutes are likely to come for the under-23s when Wood’s charges face Arsenal on Friday night, looking to bridge the gap to Premier League 2 leaders Manchester City.

Jose Mourinho in defiant message ahead of RB Leipzig tie

Man Utd vs Everton prediction: Who will win as Solskjaer and Ancelotti go head-to-head?