Manchester United supremo Ed Woodward is reportedly open to landing Aaron Ramsey as a replacement for Paul Pogba. The France international could leave for Juventus when the transfer window reopens this summer, four years after leaving Turin for a second crack at life at Old Trafford.

Manchester United could lose Pogba this summer, with the France international still keen on leaving Old Trafford for a new challenge elsewhere.

Back in the summer, the 26-year-old was persuaded into staying put for another 12 months having earlier expressed a desire to leave.

United now have a decision to make, with both Juventus and Real Madrid showing interest in their No 6.

And Tuttosport say Juventus are at the front of the race to sign Pogba, with the Serie A giants eager to bring the midfielder back to Italy.

The report says Aaron Ramsey could be included in a potential swap deal. 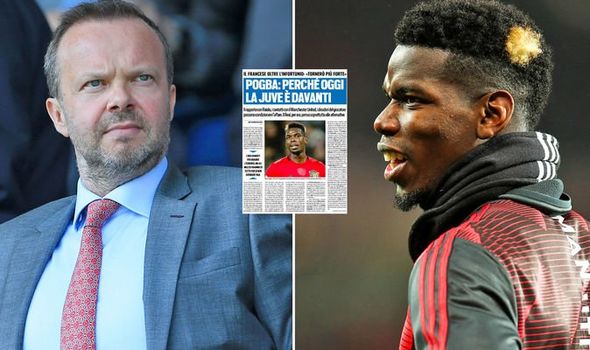 The Wales international only signed for Juve on a free transfer from Arsenal back in the summer.

But, a fine goal against Spal on Saturday aside, Ramsey has struggled to make a big impact over in Serie A.

United chief Woodward is reportedly ‘teased’ by the prospect of bringing the 29-year-old to Old Trafford.

And Juventus are hoping that a combination of Ramsey and a fee of £83million could be enough to secure the player’s signature. 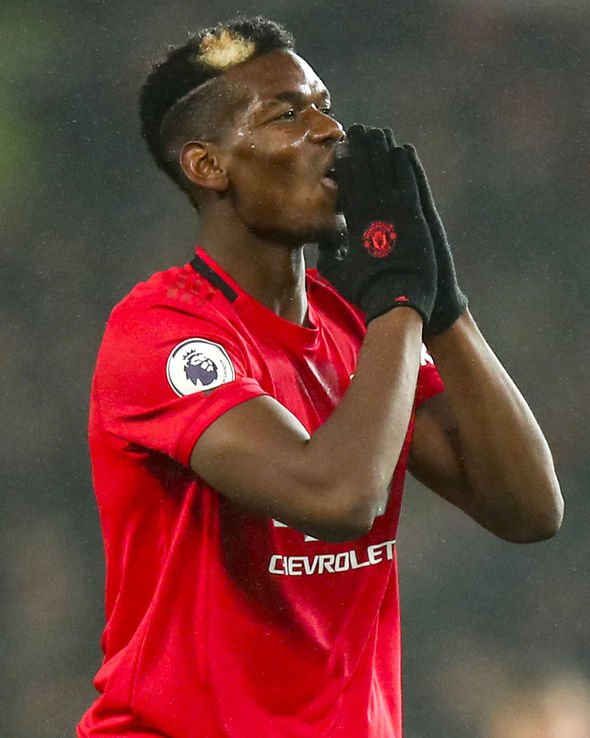 Ferguson was a big admirer of the midfielder during his time with Cardiff and, in 2008, was confident he’d land him.

However, on that occasion, it was Arsenal who ended up beating them to Ramsey’s signature.

Regarding Pogba, and the United star has missed most of the campaign through injury.

Ole Gunnar Solskjaer has repeatedly insisted the World Cup winner will return but, so far, that’s yet to happen.

And Pogba recently opened up on his United woes this season, saying: “Obviously [injuries] is something which will happen.

“You have to get ready for that. It can be very bad, or it can be a small injury.

“The most important thing is to come back and not to get injured again.

“So come back stronger. Be careful not coming back too early, and then obviously going back on the pitch and being better than when you left.

“That is my mindset and I will carry on doing this.

“The injury that I had was a twisted ankle. Someone tackled me from behind, so it’s not something you can prevent.”