The United boss is eager to beef up the attacking options at his disposal, despite Bruno Fernandes taking Old Trafford by storm and the attacking trident of Marcus Rashford, Anthony Martial and Mason Greenwood shining after lockdown.

But the coronavirus crisis has impacted the transfer market as club’s tighten their belts to combat lowered income streams since March.

Woodward, the club’s executive vice-chairman, warned that talk of sky-high transfer fees amid the pandemic was ignoring the financial realities of the situation facing the game.

Grealish is valued at £80m by Villa, who avoided relegation on the final day of the season, while Dortmund are looking for a package worth up to £100m for Sancho. 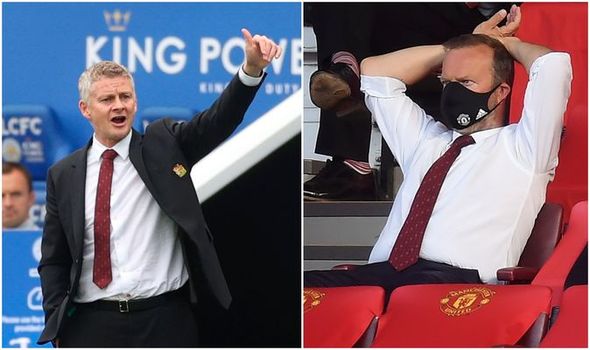 Despite the financial challenges in getting both players through the door, Giggs believes they would be terrific additions to Solskjaer’s squad.

The Old Trafford legend told the Webby and O’Neill YouTube channel: “Two good players. I think the thing with Grealish is he’s obviously used to the Premier League and doesn’t need to adapt to it so that’s good.

“For me from the outside, it looks like he’s got the mentality to come to this place and not bother him. Certain players can get overawed.

“Also, the good thing this year is he’s got 10 goals and got into double figures so that would be one question mark I would have had with him: does he score enough goals? To get to double figures with no penalties for Villa is impressive.

“Sancho is quick, direct but also an intelligent player.

“What I like about him is when he gets into those areas with the final ball, he doesn’t panic. A lot of quick wide players sometimes do but he picks out the right pass.

“He’s someone who can counterattack if we’re going to play that but also if a team are going to sit back, he can beat players and make things happen.

“They are two signings that may be available and if we’re able to get them, I would go and get them.”