Manchester United are eyeing a shock bid to sign Leicester City goalkeeper Kasper Schmeichel this summer to end David de Gea’s reign as their number one, according to The Sun. United boss Ole Gunnar Solskjaer has a difficult decision to make regarding his first-choice goalkeeper before next season.

Schmeichel has been impressive for Leicester this season, with the Foxes missing out on Champions League football on the final day of the Premier League season.

The Dane conceded just 41 goals in the league, having started every single game for Brendan Rodgers’ side.

As a result of his form, he has been tentatively linked with a move away this summer, and now it appears United are willing to enter the fray.

The Red Devils have a goalkeeping crisis on their hands, with De Gea facing criticism in recent weeks after a series of high-profile blunders. 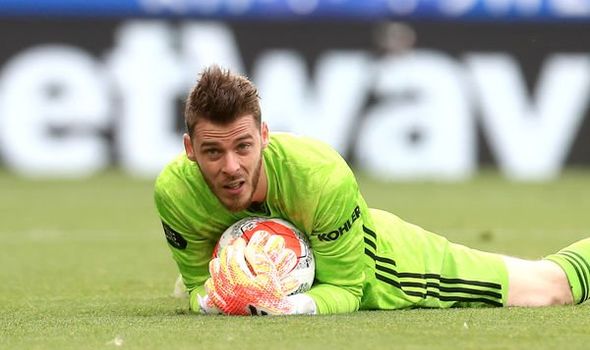 Solskjear has been urged to swap the Spaniard out for youngster Dean Henderson by fans and pundits alike, with the 23-year-old set to return from his loan at Sheffield United.

Henderson has been linked with a move to Chelsea this summer amid reports he is set to hold showdown talks with club officials over his future.

He is believed to want assurances that he will be given the chance to oust De Gea, but Solskjaer still has faith in the Spaniard.

And now, he is reportedly considering a move to sign Schmeichel, with the aim of keeping him until Henderson is ready to take over as the club’s first-choice ‘keeper.

Schmeichel threw his support behind De Gea when speaking last week, explaining that he feels goalkeepers are always scrutinised more than outfield players.

He said: “It can be very difficult and you’ve got to remember, and this is with absolutely no disrespect to journalists or pundits, but you’ve actually never stood in that goal.

“You would classify things as mistakes or errors, and there are things that are glaring sometimes, but often this narrative can be created around a goalkeeper because it’s the pundits and journalists’ job to educate and that’s their job.

“They’re telling their educated opinions about goalkeeping, things like hand positions, feet positions, technical things which sometimes is quite damaging to a goalkeeper.

“You hear comments like, ‘going with the wrong hand’, or other throw away things that they’ll say which will make the consumer or viewer think, ‘oh yeah, that’s right, I see he’s done it again’.

“That’s sometimes quite a dangerous narrative because all of a sudden it starts building momentum and for someone like David, I really feel for him because he has been unbelievable for so many years and every goalkeeper goes through periods [of poor form].

“There is a lot of pressure also in the sense that you now have an England goalkeeper coming through and, like it or not, in this country when you have an English goalkeeper, that means so much and they really do tend to build them up.

“I genuinely hope for someone like Dean Henderson, who’s had an amazing season, that he can be allowed to develop. 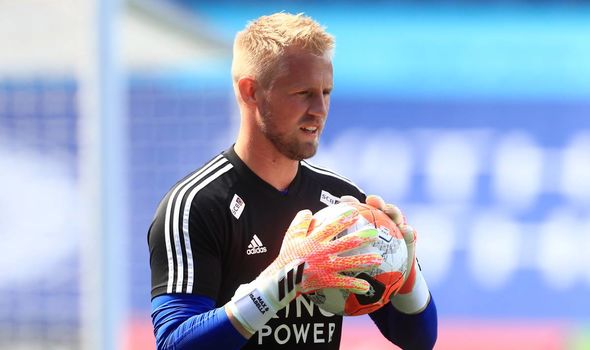 “I hope for him, he gets another season, maybe two at Sheffield United and play the way he’s done and then he’ll be ready.

“But for now, David de Gea is still a world-class goalkeeper. It’s a lonely position and those are the margins you play in as a goalkeeper – you simply cannot make mistakes because you will be punished.

“So the difference between goalkeepers and outfielders is the little, tiny, minute details which are the difference and when they go against you, they are really glaring and they will be spotted.

“Outfielders don’t have to have the same mentality and they say we’re crazy, which we are because we’re the only ones who dare to take the responsibility because if outfielders took that kind of responsibility, we’d have some unbelievable players everywhere.”