Manchester United have reportedly been provided a boost in their pursuit of Raphael Varane after it emerged that Real Madrid would be willing to sell the defender if a suitable offer is received.

Sergio Ramos’ departure from the La Liga side is not believed to have affected Varane’s situation, with Real still considering selling the Frenchman.

Man Utd boss Ole Gunnar Solskjaer wants to sign a top-quality partner for Harry Maguire after the Norwegian had his side’s defensive issues highlighted during the latter part of the Premier League season.

Neither Eric Bailly nor Victor Lindelof convinced that they can be the long-term sidekick to centre-back Maguire.

Both players featured next to the England star throughout the campaign but failed to prove that they can be reliable next to him. 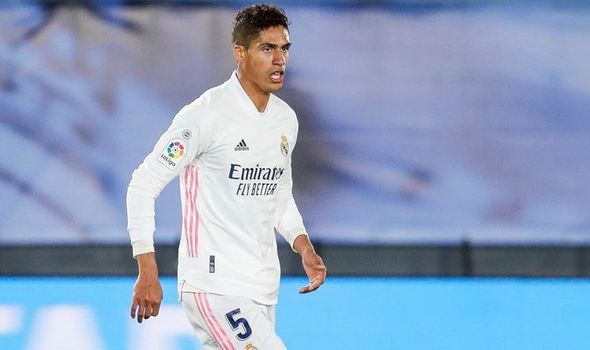 Maguire had his season ended prematurely due to an ankle injury suffered during United’s 3-1 win over Aston Villa on May 9.

The 28-year-old missed his side’s final four top-flight fixtures and was then absent for the Europa League final defeat by Villarreal.

Youngster Axel Tuanzebe partnered either Bailly or Lindelof in three of those four Premier League matches, which resulted in two defeats and a win and a draw apiece.

However, Tuanzebe does not seem entirely trusted by Solskjaer and reports suggest that the 23-year-old will spend next season out on loan.

Bailly and Lindelof were unconvincing as a pairing and United will undoubtedly enter the market for an upgraded centre-back, with Varane high on their wish list.

Real are said to now be open to offers for the 28-year-old despite announcing that long-serving captain Ramos will leave when his contract ends at the end of the month, according to Spanish journalist Manu Carreno.

Ramos is set to depart after 17 years with Los Blancos and Varane could follow him out of the door with it emerging that Real are open to a sale.

That is despite it having previously been thought they were reluctant to lose the Frenchman in the same window.

United boss Solskjaer has demanded at least two or three signings as he seeks to bridge the gap between themselves and rivals Manchester City, and Varane would go some way to helping them do so. 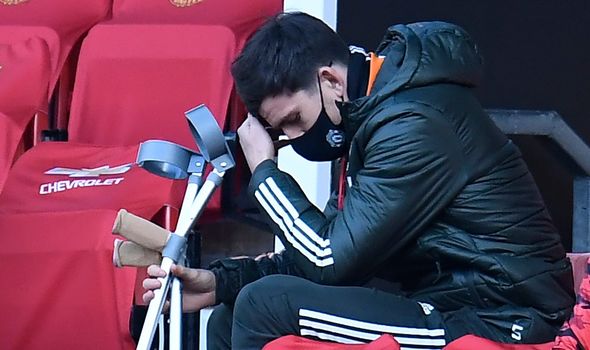 The Red Devils finished runners-up in the top-flight last season but were 12 points adrift of City.

“Of course we’re planning as we normally do, that’s an ongoing process,” Solskjaer said last month.

“We’re looking at the squad and I hope we’re going to strengthen with two or three players we definitely need to challenge higher up in the table.

“We’re still too far behind to think it’s just going to come by itself.

“We’ve had a few players on loan that might come back in.

“There is interest in a few others going out. You want to come out of the transfer window strengthened.