Manchester United are finally closing in on the signing of Jadon Sancho but are still yet to meet Borussia Dortmund’s asking price, according to reports. The Red Devils have been admirers of the 21-year-old for some time and have reignited their pursuit of his services after launching a failed attempt to bring him to Old Trafford last summer.

United came agonisingly close but were unable to agree a fee with Dortmund, who stood firm in their desire to keep hold of the man from Camberwell.

He stayed in Germany as a result, going on to play a crucial role for his side last season with 16 goals and 20 assists in all competitions.

However, the 20-time Premier League champions are determined to follow through on their interest this time around and have acted quickly to negotiate a summer move for their long-term target.

Talks between the two clubs have been ongoing for a number of weeks, but it seems as though a final agreement could soon be on the cards, according to transfer expert Fabrizio Romano.

It is claimed that all parties are confident of Sancho joining United ‘in the next days’, with the Red Devils looking to finalise add-ons and the structure of their bid. 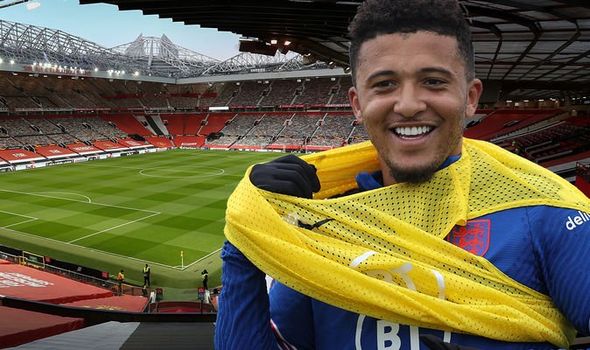 Despite this, their reported offer of £72.6million still falls short of the £81m wanted by Dortmund in order to part ways with the forward.

Although there is still work to be done for United, they are seemingly closer than ever to bringing former City prospect Sancho back to Manchester.

Personal terms and agent fees are said to have been rubber-stamped, with Dortmund of the persuasion that a deal could be on the horizon.