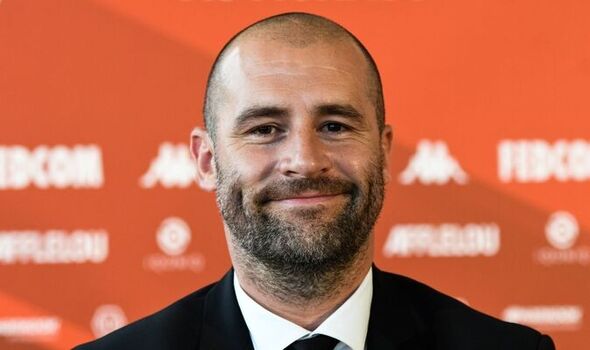 Both Erik ten Hag and Ralf Rangnick are pushing for the appointment of Paul Mitchell in an upstairs role at Manchester United but the move is not universally popular at Old Trafford, according to reports. The new Red Devils boss and current interim manager are keen to explore a swoop for the AS Monaco sporting director, who has previously worked in England with both Southampton and Tottenham.

Ten Hag is well aware that he will need some assistance in order to turn the club’s fortunes around.

The Dutchman’s rebuild will be largely centre around new signings and that’s why Mitchell’s expertise is highly sought after.

However, according to Sky Germany, Ten Hag and Rangnick have already made strong recommendations for Mitchell but other senior decision-makers at the club are said to be against his arrival.

Yet Mitchell would undoubtedly strengthen United’s off-field structure given he boasts a proven track record as one of Europe’s best when it comes to recruitment.

He brought Son Heung-min to Tottenham during his time in north London, where he worked as Head of Recruitment and Analysis between December 2014 and February 2018.

Mitchell also oversaw the signing of Sadio Mane during his three-year stint at Southampton.

The Englishman has a wealth of contacts across the continent and within the game, having also worked for RB Leipzig in Germany.

United are planning to make wholesale changes to their squad this summer, with five players already on course to depart.

Paul Pogba, Edinson Cavani, Juan Mata and Jesse Lingard are all out of contract with the Red Devils in June.

None of those look set to extend their stay, meaning they will all be off barring any dramatic changes.

Nemanja Matic has also confirmed that he has requested to leave the club at the end of the season.

United will need to be busy in terms of incomings and it’s understood Ten Hag could be handed a war chest of up to £200million.

Darwin Nunez, Richarlison and Jurrien Timber are among the names to have been linked to United in recent weeks.

The club are now starting to ramp up their transfer activity ahead of the summer, to ensure they get signing through the door as soon as possible ahead of the new season.

Conte hits back at Klopp's criticism over Spurs' performance vs Liverpool