Erik ten Hag has reportedly risked a dressing room revolt at Manchester United after allowing Harry Maguire to go on holiday while he was injured and miss their Europa League game against Omonia Nicosia. According to reports, the captain jetted off to Portugal earlier this week to ‘clear his head’ following a difficult period on the pitcH and his team-mates have registered their disapproval of the exception granted to him.

The Dutch coach allowed Maguire to take time off while he was sidelined with injury and the England international flew to popular golf resort Quinta do Lagofor in Albufeira, Portugal. Several hundred miles away in Cyprus, his team-mates stuttered to a 3-2 win over Omonia in the Europa League.

According to The Sun, Ten Hag is ‘desperate’ for the centre-back to get back to his best form after a disappointing 12 months on the pitch for both club and country, with his place in the side under threat from Lisandro Martinez at Old Trafford.

Ten Hag saw it fit for Maguire to miss the trip to Nicosia as he was already out and his last-ditch attempt to get some sun in October was approved by the club. 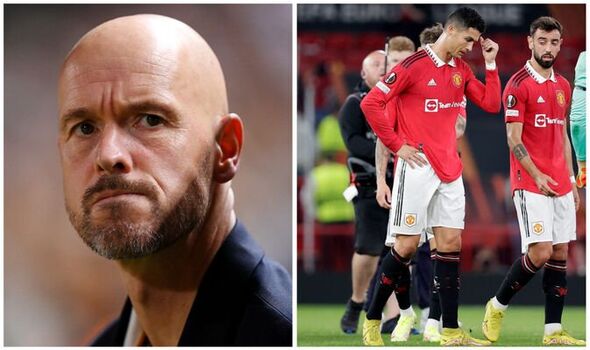 A United spokesman said: “Harry was given permission to travel to Portugal to continue his rehabilitation while the rest of the squad was in Cyprus, allowing him to benefit from the same warm weather conditions.

But there has been some consternation amongst his players that Ten Hag and Maguire have wilfully opposed his own rules, as he had previously made a point of insisting injured players stay with the squad at the club’s training complex in Carrington to work on their fitness.

The latest split in relations at the club comes after the humiliating 6-3 defeat in the derby to Manchester City, with reports of arguments and heated conversations emerging as tensions threatened to boil over.

Martinez and Bruno Fernandes were two players who vented their frustration in the dressing room at half time, while Scott McTominay is also another player named in the ‘frank and heated’ discussion after a post-game analysis session on Monday.

Ten Hag recently made a point of publicly backing the under-fire defender after making two high-profile errors in England’s 3-3 draw with Germany, saying he was “convinced” Maguire could turn things around.

“I have to back him but I back him because I believe in him,” he said. 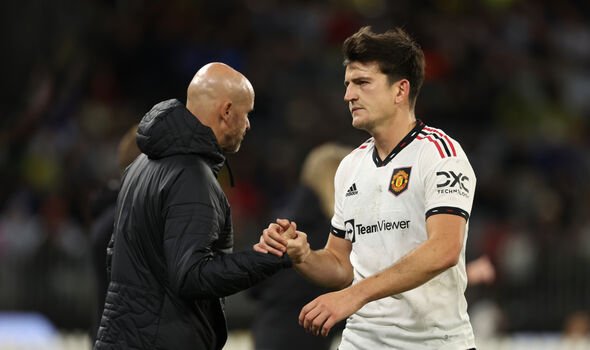 “I can see the qualities and even after he wasn’t in the team he trained really well and, more importantly, the quality was really there.

“You see his career, almost 50 caps for England, for Leicester and Man United – he’s performing really well, what you see is high potential.

“And then it’s about him. The players in the dressing room, the coaches, the manager believe in him. That’s what I told him, I’m sure he can do it and he will turn it around, I’m convinced of that.”