Manchester United fans have given their verdict on the England squad for Euro 2020, with four Red Devils players included. There are serious fitness concerns about Harry Maguire, with Gareth Southgate admitted it was “tight” as to whether he’d be ready in time for the first game of the tournament.

Southgate has given the nod to Dean Henderson in goal, as well as Harry Maguire, despite the defender’s recent fitness problems.

Luke Shaw is expected to be the starting left-back this summer, while Marcus Rashford has also been included.

Mason Greenwood was not included due to an injury concern.

Southgate explained of the teenage forward: “He had to pull out on Friday, we knew he wasn’t a contender for the last few days.” 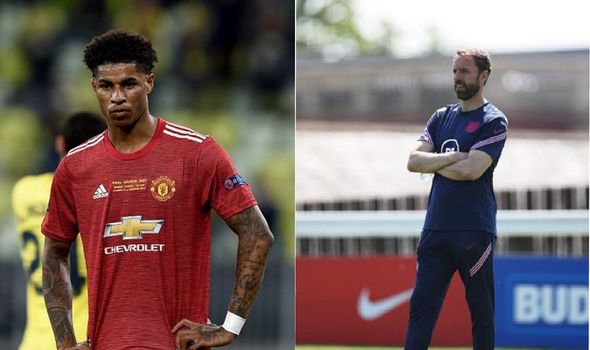 Maguire missed the Europa League final due to an ankle injury, that continues to hamper him, while Rashford looked very fatigued against Villarreal.

And two United fans were in agreement on Twitter that it would have been better for the pair if they’d been given the summer the recover from a tough season.

One wrote: “I’m in the minority of fans that are upset any United players got called up. I’d much rather they had a summer off and not face the wrath of the press when England fail again.

“I’m with you here man,” another replied. “I’d rather they had the summer off and rested for next season especially Maguire and rashford.”

Others discussed on the r/reddevils Reddit feed, with more than a few glad Grennwood won’t be in action this summer, but wishing Rashford had followed suit. 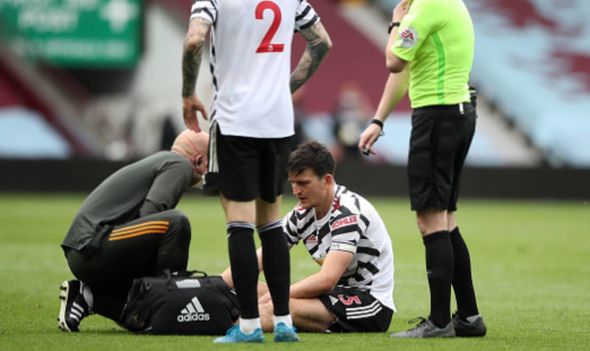 “As great as this is, it kinda sucks cause that’s basically the spine for our team and they have played a lot of football over the last 2 seasons,” one commented. They could use a break and a proper pre season.”

“Rashy dead next season. Thank God Greenwood ruled himself out,” a second chimed in.

As a third followed with: “Happy that Rashy and Slabby got selected but they really could use the rest.”

Meanwhile, Jesse Lingard did not make the cut despite an exemplary second half of the season at West Ham, with many expecting him to be included.

And with Southgate going with four right-backs and only five genuine midfielders, plenty of United supporters were quick to latch onto the controversial decision.

“Honestly think Lingard should be in the midfield. 4 RBs but only 5 midfielders,” one wrote on the r/reddevils Reddit feed. “One who’s [Jordan] Henderson who hasn’t played in ages.”

As a second asked: “Calvert-lewin over Lingard? Really?”

One took a jab at Arsenal fans, suggesting Bukayo Saka was only included because of Greenwood’s exclusion.

“Arsenal fans are unbearable” added another. “Saka is on the plane only because Greenwood withdrew. If England end up winning (big lol), will be gutted for Greenwood.”