Manchester United will only have to fight off Real Madrid in their pursuit of Jadon Sancho with the England winger not interested in a move to Chelsea. Sancho has been the subject of plenty of interest from some of Europe’s elite clubs over the past few months now.

Ever since taking the bold decision to leave Manchester City’s youth set-up in the search of first-team football at Dortmund, he has blossomed into one of the most exciting prospects in European football.

He has established himself as a key component in Dortmund’s front line, alongside players such as Marco Reus and Erling Haaland.

But the Bundesliga side face a battle on their hands to keep the England international with a number of clubs expected to step up their pursuit this summer.

Chelsea had been considered as United’s biggest rivals for the signature of Sancho, with reports suggesting he favours a move back to the Premier League. 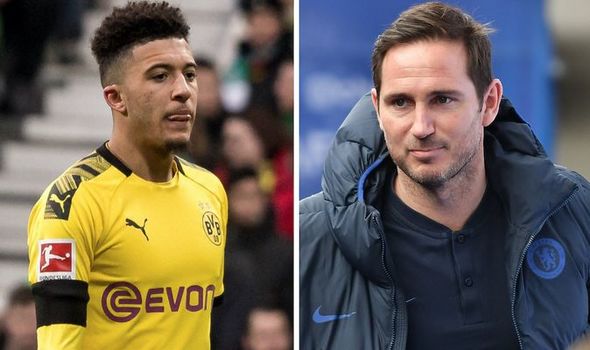 But Diario Madridista claim Sancho has no interest in joining Chelsea, boosting United’s hopes of signing him.

However, the report does add Real remains an option for the 20-year-old with the Spanish giants ready to make an offer.

It is claimed Dortmund were not willing to accept any offer under £120million for Sancho, but the current coronavirus pandemic has led to financial ramifications in football.

United are said to have offered £105m in January, an offer which was turned down by Dortmund, but the current situation means they’re unwilling to match that same bid.

Instead, Dortmund have reportedly dropped their asking price to roughly £90m, which would still be a club-record fee for United.

Real, however, are considering offering a player-plus-cash deal in order to bring the cost of signing Sancho down.

James Rodriguez, Gareth Bale and Luka Jovic have been mentioned in recent weeks as players Real would be willing to let go this summer. 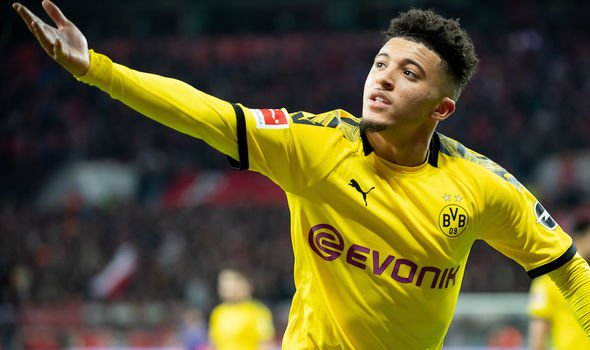 Jovic has struggled to live up to expectations since his move to the Bernabeu last summer.

But it was in the Bundesliga where Jovic made a name for himself in the year before he joined Real, scoring an impressive 27 goals in just 46 games.

United, meanwhile, are hoping to add more firepower up front to help the likes of Anthony Martial and Marcus Rashford.

Odion Ighalo was signed on a short-term loan deal in January, but he is expected to leave at the end of his contract.