Manchester United fans have been despairing following Ole Gunnar Solskjaer’s declaration that Angel Gomes is poised to leave the club. The youngster is poised to become a free agent with Chelsea and Barcelona leading the race to secure his signature. But, in Hannibal Mejbri, United may have already signed the ideal replacement.

Despite having playmakers galore in the forms of Bruno Fernandes, Paul Pogba, Jesse Lingard, Juan Mata and Andreas Pereira the Red Devils felt Old Trafford was the best place for the 19-year-old to continue his development.

Ultimately, however, Gomes has now chosen to leave Old Trafford behind.

Ole Gunnar Solskjaer said as much on Monday. When asked about the teenage talent, he said: “To be honest, I have not heard from them last night or this morning.

“So it seems like they’ve not managed to agree, so the answer is probably short and ‘yes’ at the moment. 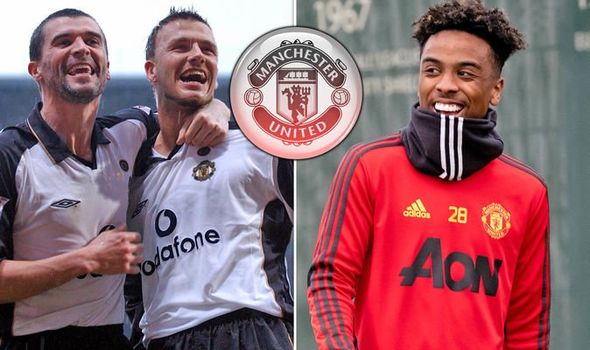 While United fans are devastated to be losing one prized asset the Red Devils may already have a future gem in the form of Mejbri.

He’s been compared to Matteo Guendouzi because of his frizzy hair and composed nature on the ball. But, curiously, Nicky Butt compared him to David Beckham and Roy Keane earlier in the season – because of his leadership skills.

“Leaders are always looked at like a Roy Keane, a Steve Bruce, a Bryan Robson, those kind of verbal, real aggression, real leaders,” he said.

“And then you’ve got leaders like Paul Scholes or David Beckham or Ryan Giggs, who’s quiet but really leads by example of how they play and how they work hard.

“We’ve got the old-fashioned leaders, if you like, who are going to talk to the players and drive the team,” he said.

“Hannibal (Mejbri)’s a leader. The way he plays his football is 100mph, he’s non-stop running up and down.” 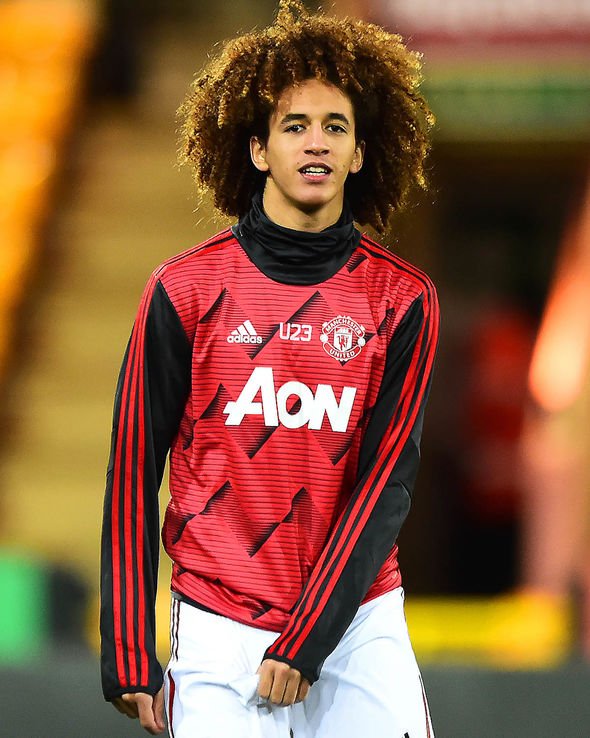 Mejbri joined United from Ligue 1 giants Monaco in the summer, with the Red Devils paying £9million to bring him to Old Trafford.

And he’s already dazzled at youth level, scoring once and registering three assists from mine U18 Premier League appearances this season.

He’s a playmaker, one who United believe can reach the very top. And one they’ve tried – and failed- to keep under the radar.

Butt said earlier in the campaign: “It’s hard to get him under the radar when we’ve chased him for so long and he’s come from a big club for a big fee, so that’s impossible.

“But you want to get young people under the radar because, coming from a different country and getting the price tag on your head and coming to one of the biggest clubs in the world, there’s going to be so much pressure in the first place.”

United coach Neil Ryan has been impressed by Mejbri, too.

“He’s working very hard and like every young kid in the club, he is learning still and we are seeing some really positive things from him on the pitch.

“He is part of a group of boys who are trying to push on and develop.

“They are all at stages in their career and it’s not just him. It’s a group of 28-30 players. He is one of a number of boys we have high hopes for.”

United fans can be forgiven for mourning Gomes’ exit. But, in Mejbri, they may have the future.