Manchester United icon Rio Ferdinand has laid into his former club and says they “might as well” appoint Sam Allardyce as their new manager. The Red Devils suffered another embarrassing result on Saturday as they were thumped 4-0 by Brentford in the Premier League.

“My phone was popping off, the WhatsApp groups, online, everything,” Ferdinand told his FIVE YouTube channel. “We are just the butt of all jokes now. We have become an absolute laughing stock. You watch the game and you look at it and you think, ‘wow.’

“The players are nowhere near worth the money that they spent on them. They’re nowhere near worth what they’re probably paying them. There’s zero confidence in the building. You see after the first goal where [David] De Gea plays out, the next time he saw numbers on the backs of shirts – they ran up the pitch and just wanted it kicked long.

“Like, we might as well bring in some other managers like Big Sam or [Tony] Pulis if we’re going to be like that. You look at it and you say, ‘this is not the Manchester United that I once knew.’ Even if it’s a little bit of a fall from grace, [to fall] this far? It’s beyond digging out individual players even. And we’ve got Liverpool coming up next.” 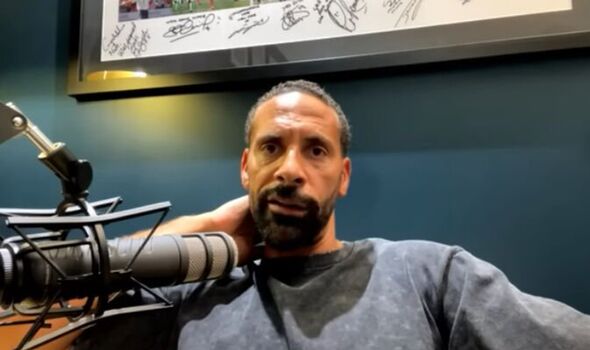 United fell behind after just 10 minutes at the Brentford Community Stadium as Josh Dasilva’s tame effort from range squirmed underneath De Gea. And Mathias Jensen doubled the hosts’ lead eight minutes later as he dispossessed Christian Eriksen on the edge of the Red Devils’ penalty area before firing a shot into the corner of the net.

Erik ten Hag’s side were shellshocked and their afternoon went from bad to worse as Ben Mee and Bryan Mbeumo added further strikes before the break. United failed to muster a response in the second period as they fell to the bottom of the Premier League table. 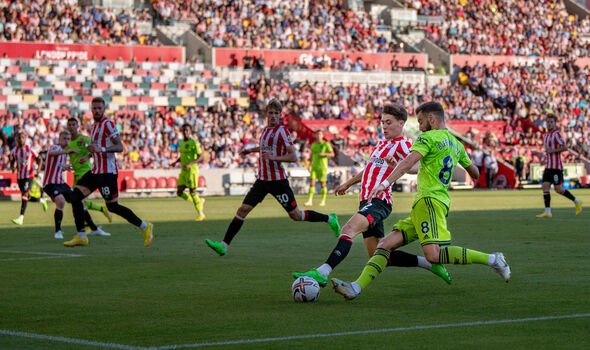 “We weren’t at the races,” Ferdinand added. “You saw the way Brentford set up – they came out looking like sprinters waiting to pounce when we were playing out from the back. They were sitting there like Usain Bolts, all on your marks – ready, set, go.

“Ten Hag is new to this league so he’s going to get a couple of surprises here and there, but the players have been here. He’s not had the fortune to bring in five or six new players, so all the players there have got no excuses. You know you’re going to Brentford and it’s going to be a tough game and if you don’t roll your sleeves up from minute one, you’re going to get turned over. We were absolutely battered.”